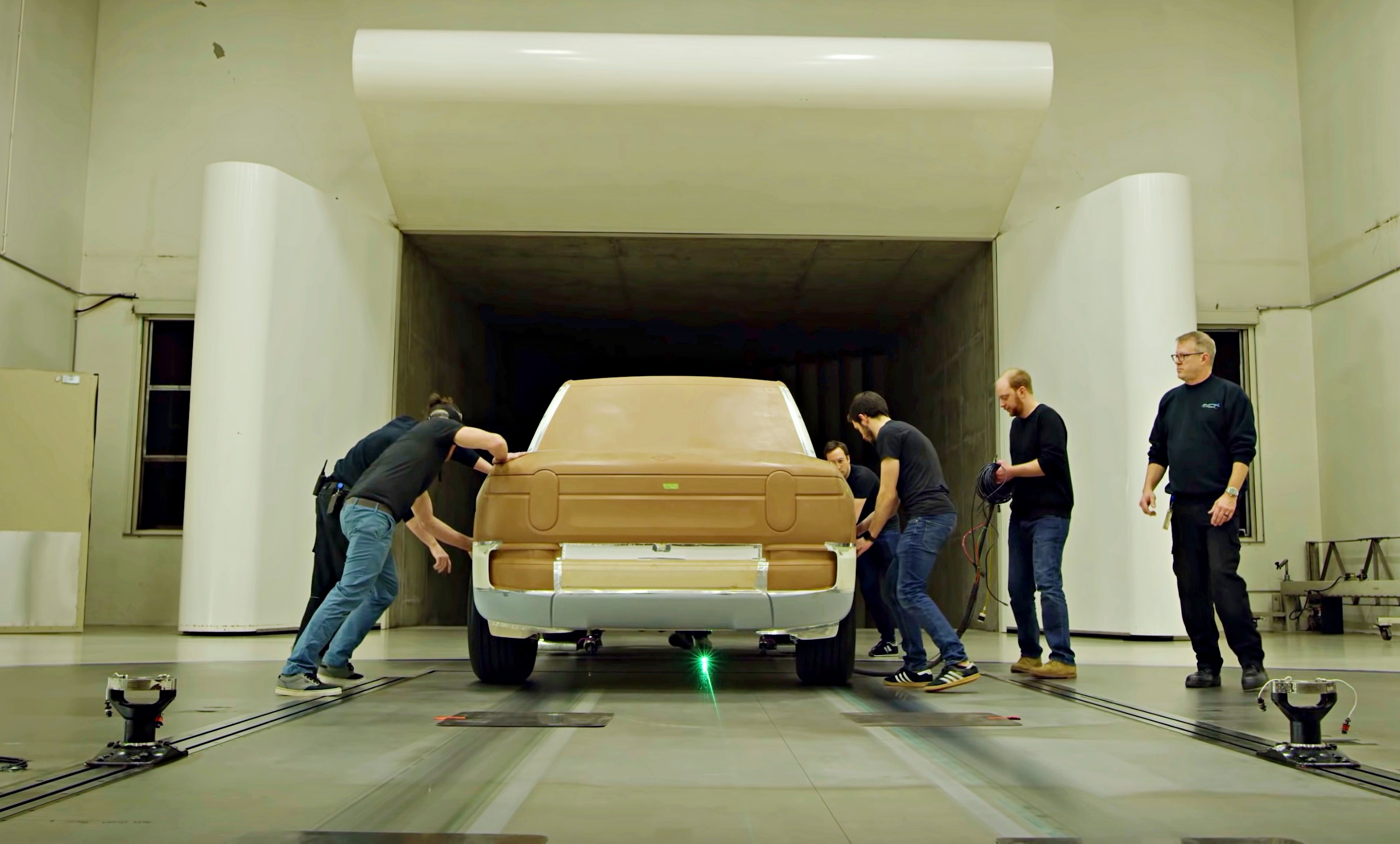 Rivian’s new teaser for its all-electric R1T pickup truck focuses on the upcoming luxury adventure vehicle’s aerodynamics, which resulted from countless hours dedicated by the company’s aerodynamicists, designers, engineers, and sculptors. The result of all these efforts is a truck that is tough, sleek, and capable of going 400-miles between charges.

The short video provides what could be described as a behind-the-scenes look at some of the work that went behind the creation and design of the R1T pickup. Much care was taken by the company to ensure that the vehicle’s aerodynamics optimizes range, which is incredibly important for an electric truck like the R1T, which is designed for both utility and luxury.

Rivian impressed the electric car industry by unveiling two nearly production-ready vehicles late 2018 following numerous years of operating in stealth mode. Together with the R1T pickup truck was the R1S SUV, a seven-seater utility vehicle that is also designed to be as comfortable off the beaten path as it is on paved roads. Both the R1S and the R1T are equipped with four electric motors that allow the vehicles to accelerate from 0-60 mph in 3 seconds. Both vehicles also boast up to 400 miles of range.

While the R1T and the R1S are already impressive when they were unveiled, recent patents from Rivian suggest that the company is still working consistently to improve the vehicles. Patent applications from the company show that Rivian is working on an auxiliary battery pack that can push the range of its vehicles beyond 400 miles between charges, as well as swappable components that could optimize the R1T pickup truck for specific tasks.

Rivian CEO RJ Scaringe noted in a previous interview that the R1T is aimed towards buyers that spend “$70,000 or $80,000 on a GMC Denali or a Chevy Suburban or a Land Rover Discovery or a fully loaded Ford F150.” With this goal in mind, the CEO stated that the company would come up with a version of its 180 kWh, 400-mile range truck that is priced below $90,000.

Rivian recently sent out exclusive invitations for its reservation holders for a private viewing of its vehicles this April before the NY Auto Show. Similar to the R1T’s unveiling last year, the upcoming event is expected to be posh, with reservation holders being served cocktails and hors d’oeuvres while enjoying a meet-and-greet with the company’s CEO and several individuals involved in the creation of the R1T and R1S.

Watch Rivian’s latest teaser for the R1T in the video below.