Rivian has revealed the delivery dates for its R1T pickup truck and R1S Sport Utility Vehicle.

Both of its all-electric vehicles will debut in Summer 2021, but the R1T truck will make its way to customers before the R1S SUV will.

Rivian announced that the R1T would begin deliveries in June 2021, meaning the company’s first all-electric vehicle is less than a year away from making its way to reservation holders.

Additionally, the R1S SUV will begin deliveries in August 2021, just two months after the truck starts arriving to customers. 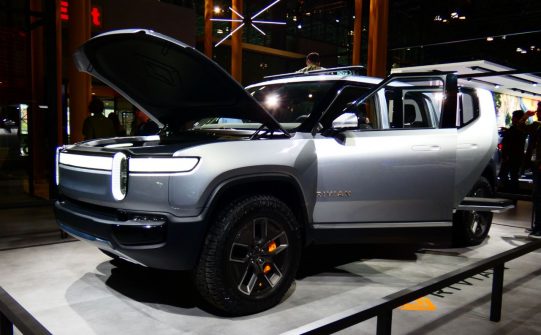 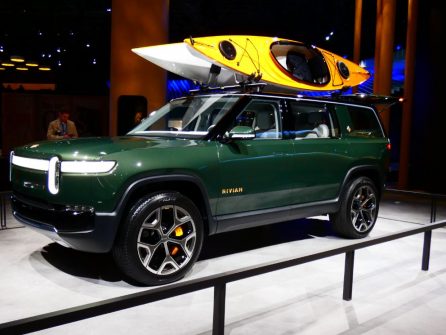 The delivery dates were both announced in a press release from Rivian on July 24, where the company stated that its pilot production line is coming together at the company’s production plant in Normal, Illinois.

“This week at our plant in Normal, IL, the work of thousands of Rivian team members comes together as our pilot production line begins running,” the company’s press release said.

“This important milestone brings us another step closer to our full production launch. It also allows us to more precisely estimate delivery timing.”

In April, Rivian announced that its production lines would not begin manufacturing either of its planned vehicles until 2021 due to the COVID-19 pandemic. Evidently, that timeline is still accurate, judging by the company’s announcement of when deliveries would begin.

Moving forward, Rivian’s main priorities are to keep its team safe while it continues to develop its manufacturing facility. In the coming months, the company also plans to let reservation holders configure their R1T or R1S, and give updates on the charging infrastructure it plans to implement for its vehicles.

The R1T will compete with upcoming electric pickups like the Tesla Cybertruck, Ford F-150 EV, and the GMC Hummer EV. Rivian’s vehicles are geared toward adventurous, outdoor utility while maintaining impressive performance specifications.

Rivian’s R1T has been on display for prospective owners at multiple “Open House” events across the United States. The electric automaker had plans to visit several new locations, but the dates were postponed due to the pandemic.

Currently, Rivian has several large-scale investors like Ford, Amazon, and Cox Automotive, who are pumping sizeable sums of money into the company’s projects. Rivian recently closed its first investment round of 2020, where it accumulated $2.5 billion in investments.

Most notably, the company’s partnership with e-commerce giant Amazon will have Rivian produce 100,000 electric delivery vans for the company’s push toward more sustainable package transport.

Rivian will have the distinct advantage of being the first EV manufacturer to deliver a fully electric pickup truck, beating Tesla to the market.