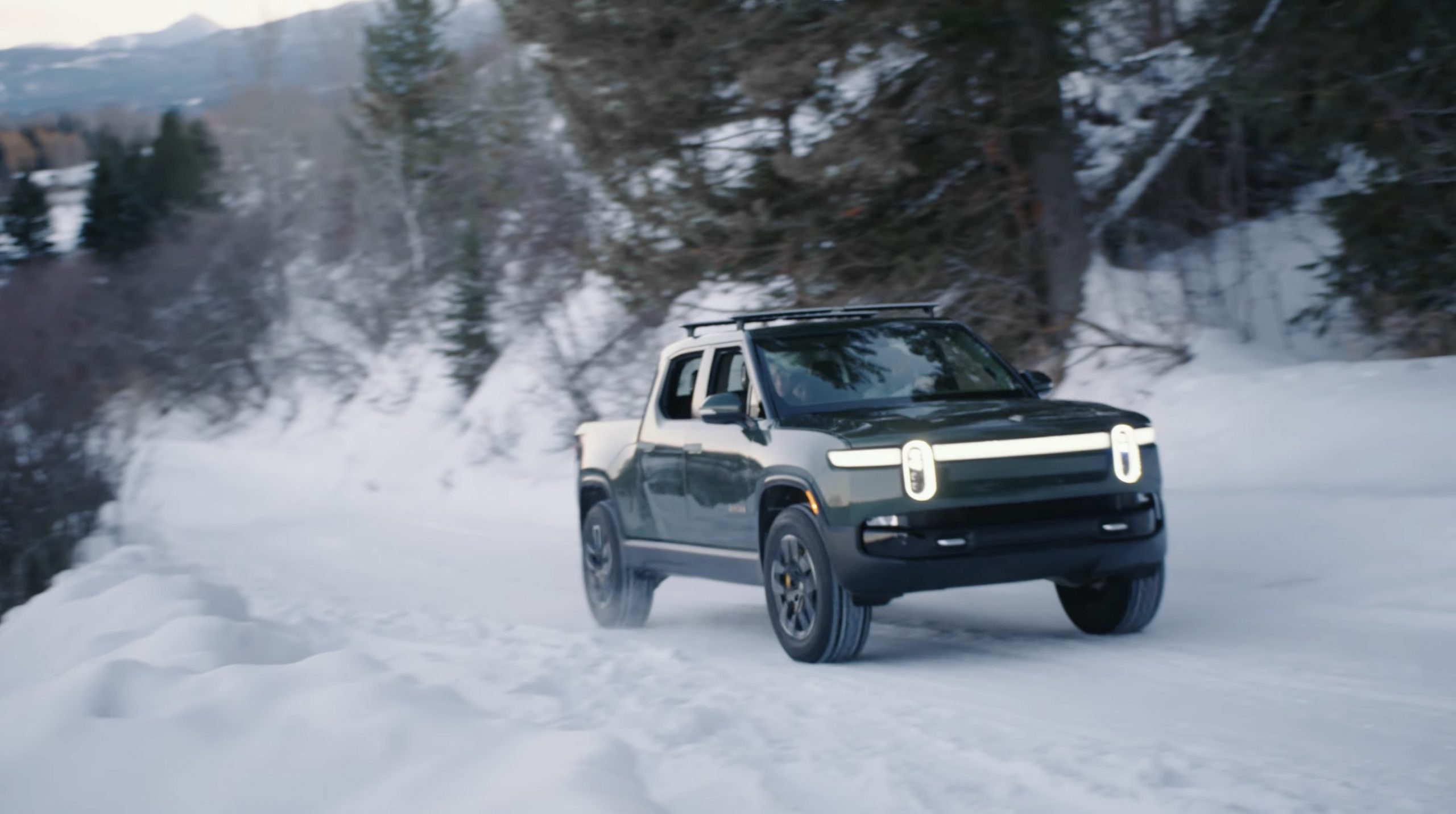 Rivian released some fun footage of the R1T in the snow. Recently, Rivian CEO RJ Scaringe shared a snippet of him driving an R1T pickup for winter testing. The all-electric automaker also released a video of an adventure in Wyoming with the all-electric pickup.

While behind the wheel of Rivian’s R1T pickup truck for winter testing, Scaringe stated that the company is working on some fun modes for future owners. “Sunday night, developing traction control for some of our more fun driving modes. We’re working on Drift Mode right now,” he said.

The battery systems in Rivian vehicles were developed to explore, making them fit for adventure during the hottest or coldest environments. A quick overview of the R1T and R1S vehicles’ capabilities and specs suggests that drivers with zeal for the outdoors and travel will probably appreciate Rivian’s cars the most.

It would be interesting to see the unique driving modes Rivian comes up with that fit the needs of adventurous drivers. Although, the Rivian R1T already seems to create a certain level of excitement in people who are up for some fun and adventure.

A video Rivian released recently showed how a tight-knit family enjoyed a trip up high mountain roads in Wyoming riding an R1T pickup truck. The kids were excited about riding in the R1T and enjoyed drifting through the snow with their dad in the driver’s seat.

Their father pointed out that for kids having fun was simple. “I have never been happier in my whole life,” said one of the kids after the ride.

Rivian R1T deliveries start later this year in June. In the meantime, the company seems to be having fun with testing and preparing the Rivian R1T for the road.

Check out the video of the Rivian R1T’s long weekend in Wyoming below.