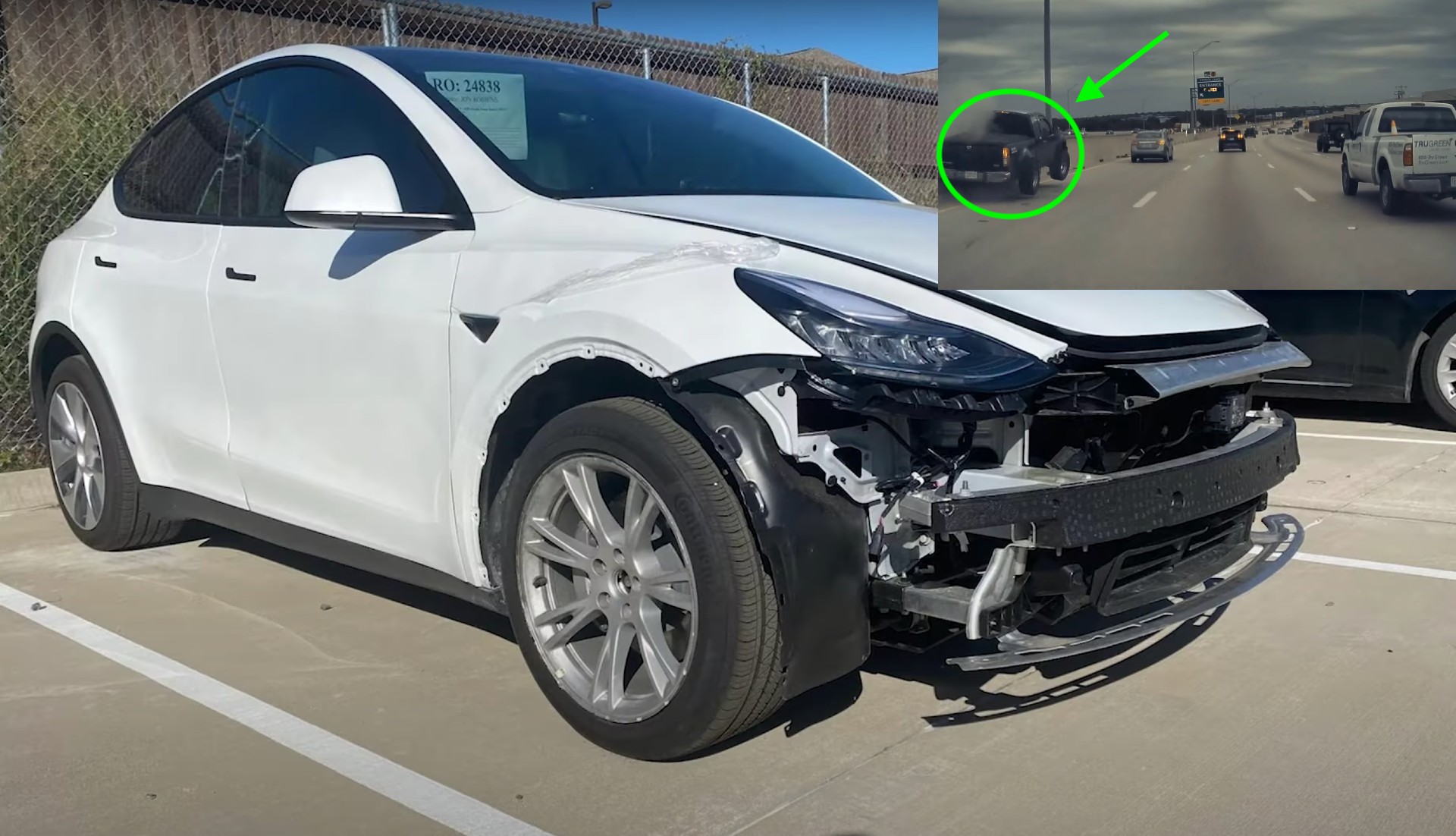 Tesla dashcam footage revealed a Model Y shrugging off a collision with a Nissan truck that sent the pickup flying into a highway barrier. Taylor, who owned the four-week-old Model Y, was driving along I-35 in Hickory Creek, Texas when a black Nissan frontier pickup truck collided with his vehicle.

Taylor’s Model Y escaped the collision with some scratches, but otherwise stood firm against the Nissan pickup. The Model Y driver seemed to be driving responsibly and was conscientious about the drivers beside him. According to Wham Baam Teslacam, Taylor had changed lanes to “allow lead-footed drivers to pass him in the fast lane.”

The Model Y dashcam footage showed Taylor passing the Nissan truck. The pickup seemed to speed up after the Model Y passed and proceeded to change lanes twice before swerving into the Tesla car. Based on the video, it seemed like the driver of the Nissan pickup did not slow down while changing lanes and lost control of his truck, resulting in the collision.

Taylor’s Model Y seemed unfazed by the Nissan truck. It barely deviated from it lane when the pickup truck collided with it. The same couldn’t be said of the Nissan Frontier. It seemed like the massive pickup bounced off the Model Y and continued to swerve straight into the highway barrier.

The Model Y’s solid reaction to the collision seemed similar to an incident involving a Model X last year. In 2019, a Model X brushed off the impact from a Ford F-150. During that collision, the Model X stood firm just like Taylor’s Model Y did with the Nissan pickup truck.

The Model X’s low center of gravity was mentioned in both safety reports because it resulted in the lowest rollover probability. Based on the collision Taylor’s Tesla car experienced against the Nissan Frontier, the Model Y may be just as resilient as its SUV predecessor.

“Model X performs so much better in a crash than gas-powered SUVs because of its all-electric architecture and powertrain design. The rigid, fortified battery pack that powers Model X is mounted beneath the floor of the vehicle creating a center of gravity so low that Model X has the lowest rollover probability of any SUV on the road. No other SUV has ever come close to meeting and exceeding this rollover requirement,” reported a Tesla blog after the Model X received a 5-star safety rating from the NHTSA.

Watch Taylor’s new Model Y shrug off a collision with a Nissan pickup below.