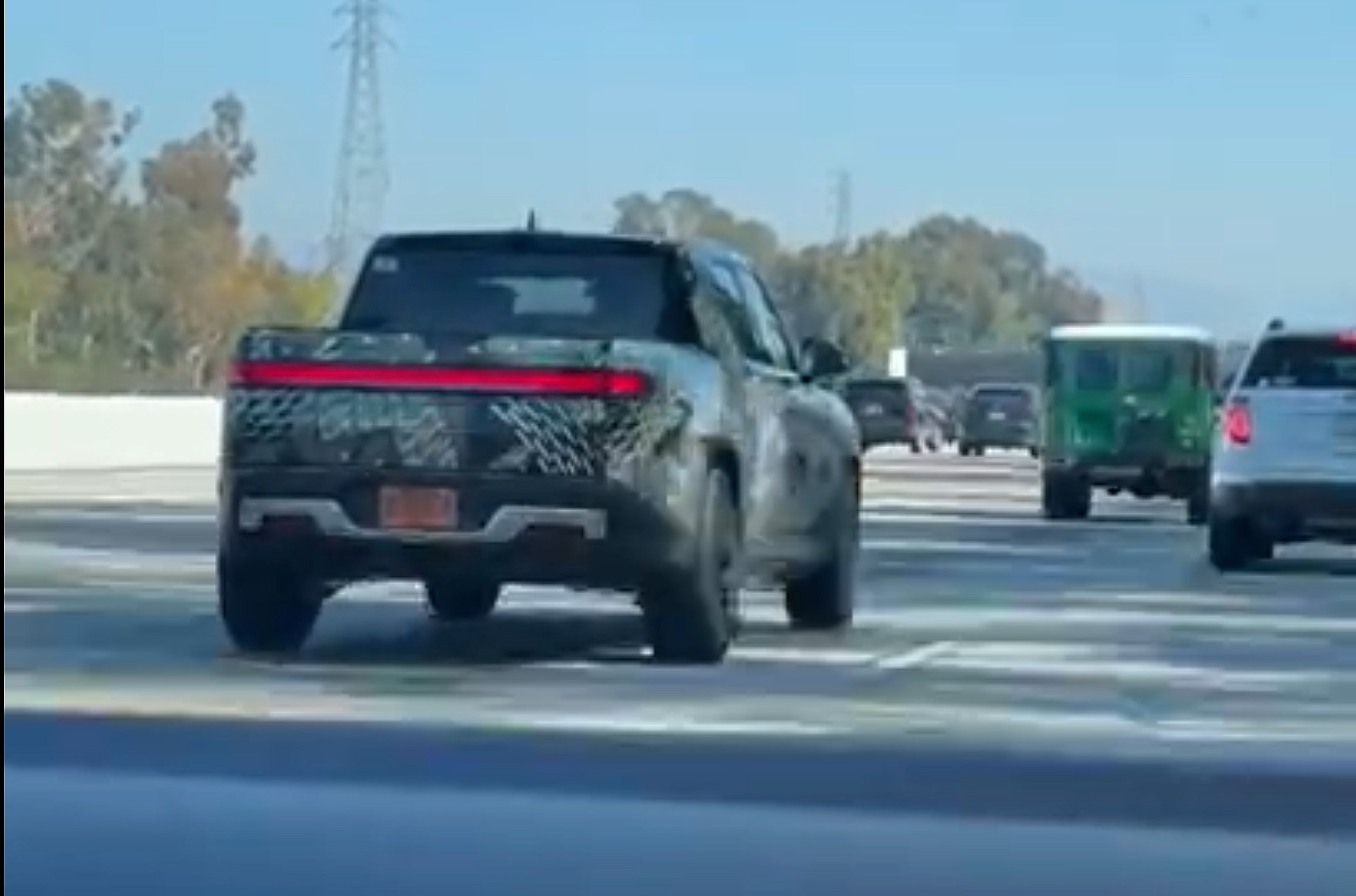 Rivian R1T spotted on public roads once again prior to launch

Rivian is testing its R1T all-electric pickup truck more frequently in real-world settings ahead of its imminent production and launch planned for Summer 2021.

Since November 2018, Rivian has been working on what is known as the R1T and R1S, two all-electric vehicles geared toward outdoor adventuring while maintaining a sustainable, all-electric platform. Production is expected to begin in the Summer of this year, and on-road sightings are becoming more frequent as the R1T pickup heads quickly toward its first manufacturing stages. Initial deliveries were slated to begin in 2020, but the COVID-19 pandemic delayed this from happening as production facilities were shut down in Normal, Illinois, and California.

In late January, an R1T was spotted on California’s I-280, a stretch of highway that runs from San Francisco to San Jose. Interestingly, the R1T, at one point, was driving right beside a Tesla Model X, showing a great comparison of size between the two vehicles.

Now, the R1T has once again been spotted on California’s I-405, another highway that is a bypass auxiliary route of I-5, running from Irvine, through Los Angeles, up toward Santa Clarita.

Teslarati reader Javier Rueda captured a photograph and a video of the R1T traveling on the highway, showing the vehicle wrapped in an interesting pattern while navigating through regular traffic conditions.

It is not uncommon for new vehicles to hit the street for testing ahead of initial production. It gives manufacturers a feel for what the vehicle will do and how it will perform in everyday situations, leaving no surprises for owners once they take delivery. Tesla has done it for years with its new releases, and spotting the cars is an opportunity for prospective buyers and enthusiasts to get a peek at what the car could look like before it begins deliveries.

Rivian has several cars in development, all of which have been spotted recently ahead of their production phases beginning. The company has a large investment from Amazon and has a contract to build 100,000 all-electric delivery vans for the e-commerce giant. The van has been spotted ahead of its initial production phases as well, testing its performance in Southern California.

Rivian is coming off of its largest investment round yet, a $2.65 billion funding session in 2021. The round was led by Fidelity Management and Research Company, Amazon’s Climate Pledge Fund, Coatue, and D1 Capital Partners, but new and existing investors also contributed to the initial investment gathering of 2021.

Check out the full video below, captured by Javier Rueda.

Rivian R1T spotted on public roads once again prior to launch