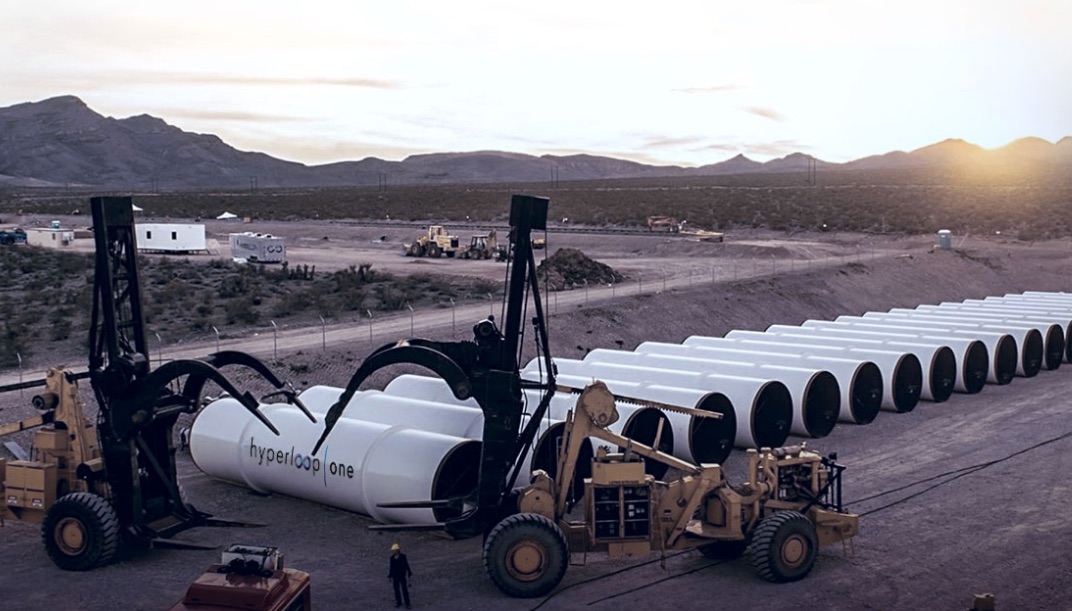 Architectural firm Bjarke Ingels Group (BIG) has released a video which previews its plans for a Hyperloop high-speed transportation system linking Dubai with the UAE capital Abu Dhabi. The two cities are more than 93 miles apart.

Jakob Lange, a director of the Danish BIG Ideas, which focuses on technically demanding and experimental projects, narrated the video. In it, he described “the grand vision” for the Hyperloop, stating that BIG has “everything we need” to implement the project.  “We’re not waiting for new technology like carbon nano-fibers or anything to do this. We are in a new time now where you can develop a new transportation system in very few years and change the world.”

The official unveiling of the futuristic design is scheduled for November 7, 2016 in Dubai.

The Hyperloop One is a response to problems with conventional transportation, which primarily relies on environmentally harmful fossil fuels and is slow. Intended to offer a high speed transportation alternative that is zero-emission, electric, and financially reasonable, the Hyperloop One would be best suited for moderate travel distances.

“This is about creating a love for the new possibilities out there. Suddenly, you can live in a forest, take the Hyperloop into work everyday, and it’s only going to take 10 minutes,” Lange said. “You spread out the possibilities for everybody to live where they want: by the sea, by the water, in the forest, wherever.”

Elon Musk, the founder of Tesla Motors, Paypal, and the space exploration company, SpaceX, is responsible for the original vision for the Hyperloop. It consisted of two massive tubes stretching between San Francisco and Los Angeles. Pods would transport passengers through the tubes at speeds near to or even exceeding 700 mph, with magnetic accelerators providing propulsion. The tubes would house a low pressure environment, enveloping the pod with an air cushion and ensuring passenger safety. The end result is travel time of about 30 minutes from Los Angeles to San Francisco, a 380+ mile trip. Musk no longer controls the Hyperloop design, which he revealed in 2013, having released it to open sourced it for research and development.

Hyperloop One is one of a number of companies racing to build Hyperloop. It appointed BIG alongside architecture and engineering firms AECOM and Arup to convert the technology into infrastructure. Hyperloop One has a test facility in Nevada, has already conducted a propulsion test in May, and is in the midst of building the full system test loop that will be tested in Q1 2017.

What is absent from the BIG teaser video are concrete details such as how the UAE track will be built, when construction might begin or end, and how much the project will cost. There are also the technical challenges of making the vacuum chamber, the vibration force on steel walls less than one inch thick, and the capacity of steel to heat and expand in desert climates, among many, many other probable issues.

The competition to transform technological dreams of high-speed public transportation to everyday infrastructure reality is on. Now we’ll just have to see if the futuristic vision is more than a BIG idea.