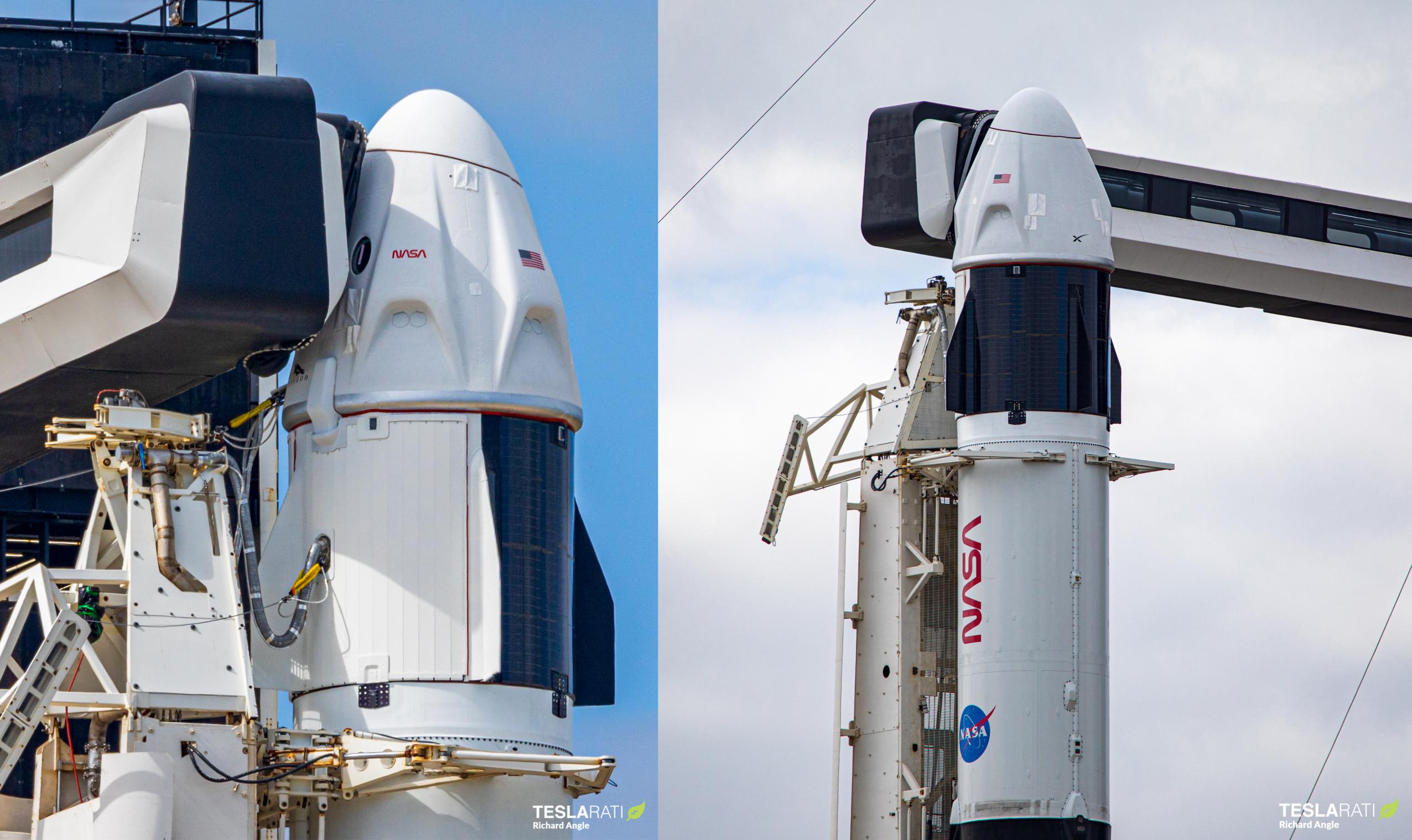 SpaceX ready for back to back astronaut, Starlink launches

Both SpaceX East Coast drone ships Just Read The Instructions (JRTI) and A Shortfall of Gravitas (ASOG) and two new support and fairing recovery ships (Bob and Doug) are all headed northeast into the Atlantic Ocean, where they’ll soon reach landing zones stationed just ~50 km (~30 mi) apart. As early as 9:03pm EST Wednesday, November 10th (02:03 UTC 11 Nov), the first of those Falcon 9s is scheduled to lift off on its second mission for NASA, sending a new Crew Dragon and four international astronauts on their way to the International Space Station (ISS).

If all goes to plan, less than a day and a half later, a second Falcon 9 rocket will lift off from SpaceX’s other East Coast launch site as part of “Starlink 4-1” – the company’s first dedicated Florida Starlink launch in almost six months.

Starlink 4-1 is scheduled to launch NET 7:40am EST (12:40 UTC) on Friday, November 12th with Falcon 9 booster B1062, a new expendable upper stage, a (likely) reused fairing, and 53 Starlink V1.5 satellites – likely the first of their kind to launch from the East Coast. While the mission profile will be almost identical to all 29 of SpaceX’s dedicated East Coast Starlink launches, it will be targeting a slightly lower and different orbit to kick off the second of five constellation ‘shells’.

Unlike the ~1700 Starlink V1.0 satellites SpaceX launched over the last two years, the Starlink V1.5 satellites the company recently began launching feature a partially upgraded design but are mainly distinguished by the addition of several ‘space lasers’. More officially known as optical interlinks, those lasers will allow Starlink satellites to connect to each other and route communications entirely in orbit, exploiting the vacuum of space to create what amount to wireless fiber-optic links with bandwidth on the order of tens or hundreds of gigabits per second (Gbps). As a result, there’s a good chance that SpaceX will eventually replace the first-generation Starlink V1.0 constellation as soon as possible, leaving an upgraded and laser-linked copycat in their place.

If SpaceX interlinks most or all of its constellation with lasers, it could drastically simplify Starlink ground station operations and cut down on the bureaucratic work required to license and build those stations in virtually every country Starlink wants to operate in. It would also make it far easier for SpaceX to serve unprecedentedly high-quality internet to aircraft and ships – a captive market practically begging for disruption.

In a prelaunch briefing late on November 9th, SpaceX vice president Bill Gerstenmaier revealed that drone ship Just Read The Instructions (JRTI) – originally meant to support Crew-3’s booster landing – had gotten “beat up” by the Atlantic, forcing it to swap places with A Shortfall of Gravitas (ASOG). It’s unclear if the damage JRTI may or may not have received is enough to require a return to port, which could trigger a week or more of Starlink 4-1 launch delays. For now, though, there are no signs of a delay.

Prior to Starlink 4-1, SpaceX is set for its fifth astronaut launch since May 2020 and third operational NASA ‘crew rotation’ mission on Wednesday, November 10th. Crew-3 will also host the 15th through 18th astronauts launched by SpaceX, nominally sending Raja Chari, Thomas Marshburn, Kayla Barron (NASA), and Matthias Maurer (ESA) on their way to an ISS docking on November 11th.

SpaceX ready for back to back astronaut, Starlink launches