SpaceX Principal Mars Development Engineer Paul Wooster gave a surprise talk at a February 2018 meeting of the Mars Exploration Program Analysis Group, where he provided a brief overview of SpaceX’s plans for the Red Planet, ranging from prospective landing sites for the company’s first missions there to the possibility of including significant secondary payloads on BFR and Falcon Heavy launches.

Wooster reiterated that SpaceX is still targeting the early 2020s for its first true BFR missions to Mars, perhaps less than five years from today. He further discussed prospective landing locations on the planet, emphasizing a need for a smooth landing site, easy access to on or near-surface water ice, and a preference for the warmer and more forgiving mid and low (equatorial) latitudes. A huge amount of work admittedly remains before the company before those missions are even remotely conceivable, especially missions with crew onboard.

If/when SpaceX successfully debuts its Crew Dragon spacecraft and demonstrates the ability to reliably and safely transport humans to and from orbit, a huge amount of the risk currently innate in any long-term interplanetary transport and colony creation will be definitively retired, transforming several of the major problems at hand from clean-slate tech development to optimizing and scaling up functional first-generation designs and hardware. 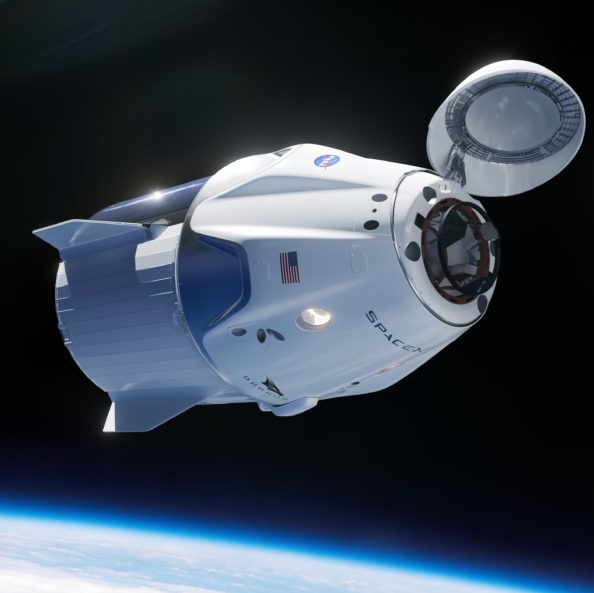 SpaceX’s gorgeous Crew Dragon capsule is nearing its own debut, likely before the end of 2018. (SpaceX) 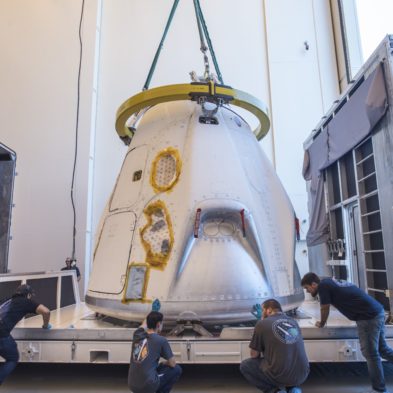 Nevertheless, SpaceX is demonstrably hard at work designing and building BFR‘s booster, spaceship, and tanker and is moving quickly in the direction of full-scale engineering and production. Much of that prototype manufacturing happens to be taking place in a temporary tent installed in a Port of Los Angeles parking lot near the end of 2017. According to one source engaged in the work there, SpaceX technicians and engineers have already begun rolling out preliminary materials and engineering samples of carbon composite structures and propellant tanks with the massive manufacturing tools (one known as a mandrel) temporarily housed inside.

Just a few miles away, the company is busy preparing a construction site for a permanent BFR factory on a plot of Port of Los Angeles land known as Berth 240. The smaller Phase 1 of that BFR factory is expected to be completed roughly a year after construction begins, placing the inauguration of the dedicated facility sometime around the middle of 2019. Suborbital launches of the massive rocket’s upper stage spaceship are expected in 2019, while orbital launches of BFR are NET 2020.

Read the full summary of Mr. Wooster’s presentation below.

“A walk-on presentation was given by Paul Wooster of SpaceX which highlighted the recent successful test of the Falcon Heavy launch vehicle with its potentially very large payload capacity (100 metric tons). Using the Falcon Heavy and development of an even larger Big Falcon Rocket (BFR) launcher are the basis of their ambitious plans for the future exploration and colonization of Mars, potentially launching missions to Mars within the early 2020s. SpaceX’s current landing site candidates for Mars were shown, having been chosen to provide access to near-surface ice, few landing site hazards (such as large rocks), and enough space for potentially growing a sizeable outpost. The ice sites are in high mid-latitudes and the search for lower latitude candidates, which are preferred, continues. Previously, MEPAG had been told that SpaceX could transport for-fee payloads to the Mars surface. In response to questions, Paul iterated that there is likely to be capacity for secondary payloads on either the Falcon Heavy or BFR launchers, although details remain to be negotiated once the launcher capabilities are firmly established.”