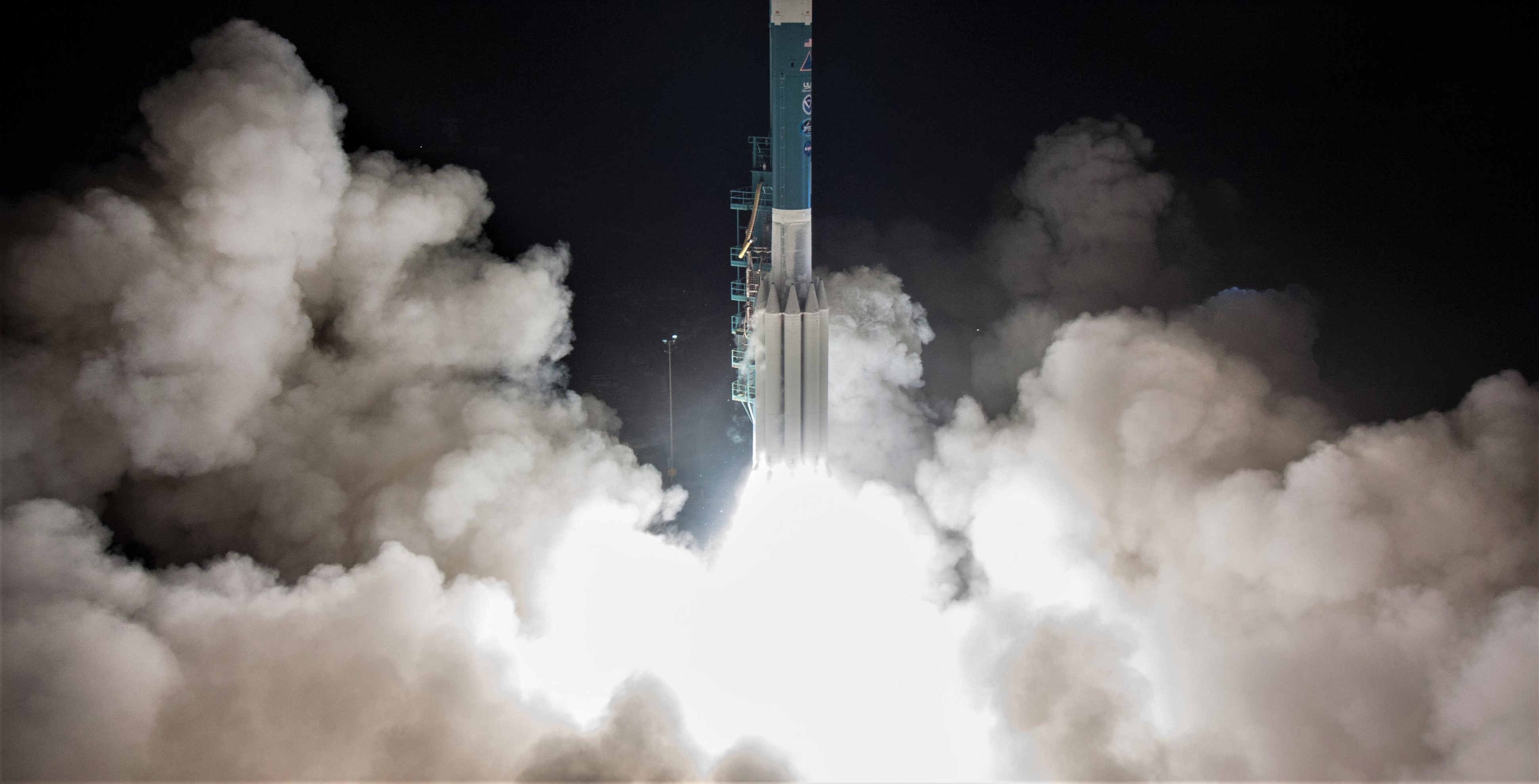 If completed without failure, the launch of NASA’s ICESat-2 satellite – built to track global ice-sheet variation with a huge space-based laser – will mark Delta II’s 100th consecutive success and the rocket’s 153rd fully successful launch overall, an immensely impressive and laudable achievement regardless of the vehicle’s lack of competitive advantage in the modern launch industry.

A teary farewell to Delta II this weekend, so in the run up we're going to give her a send off with a trip down memory lane per the vehicle's evolution from Thor.

Standby for a 7,000 word (yep!) feature article from William Graham on Thursday, with a ton of cool info/old photos. pic.twitter.com/g43PS6kHcr

Contracted by NASA in 2013, Delta II’s ICESat-2 launch cost the agency roughly $97 million (2013 USD), although the cost of launch has shrunk in relation to the satellite, which suffered at least $200 million of overruns and 12+ months of delays due to difficulties developing the spacecraft’s impressive space-based LIDAR system. For comparison, NASA contracted a Falcon 9 launch (for the TESS exoplanet observatory, launched in April 2018) from SpaceX for $87 million in 2016, while the USAF has secured several launch contracts with SpaceX for far more complex GPS satellite launches at a cost of almost exactly $97 million apiece. 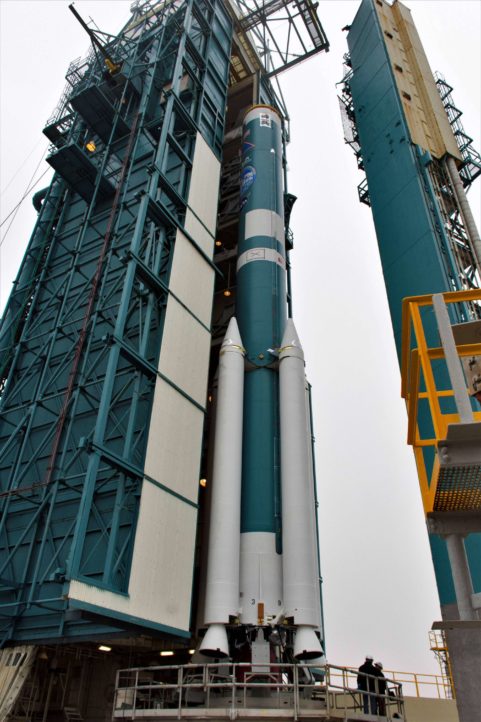 The final Delta II rocket is awaiting its last launch from Vandenberg Air Force Base this Saturday. (NASA/Randy Beaudoin) 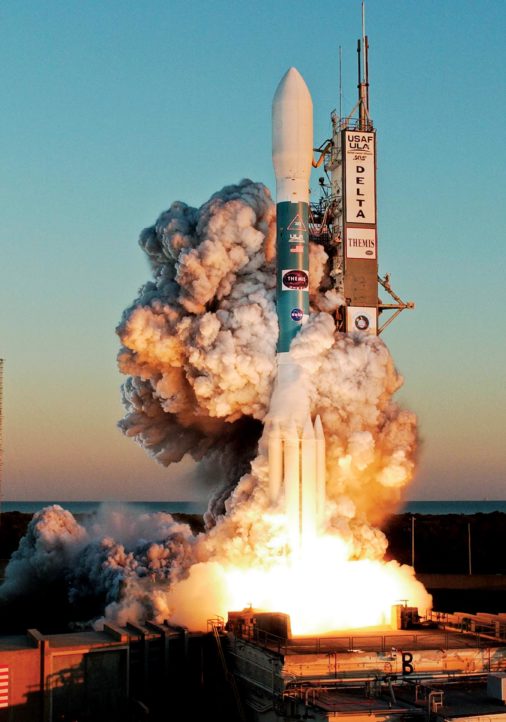 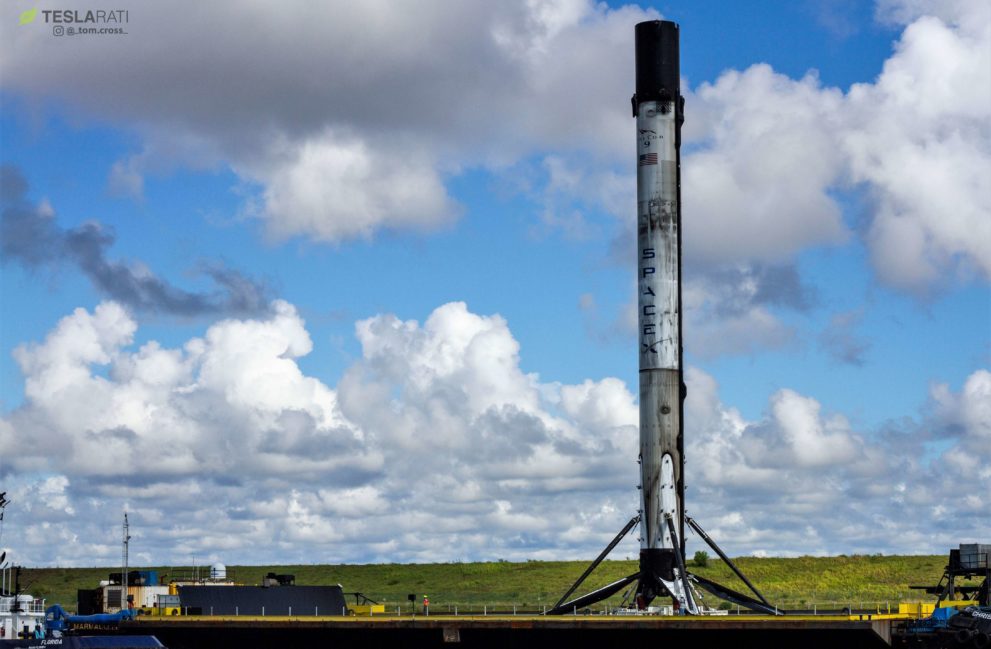 Put simply, the contrast in capabilities offered for equivalent prices soundly demonstrates exactly why Delta II is being phased out. Although capable of better performance with a third upper stage and nine much larger solid rocket boosters (SRBs), that ‘Heavy’ variant of Delta II cost NASA an incredible $150 million per launch in 2009. For the versions of Delta II closer to $100 million per launch, the rocket is able to place 2500-3200 kg (5500-7000 lb) in low Earth orbit and not much at all to any higher energy destinations, which demand a third stage or a heavier rocket. At a comparable price (or much lower in SpaceX’s case), Atlas V and Falcon 9 are able to launch far larger payloads to far higher orbits.

This was by no means the case when Delta II debuted in 1989, and the McDonnell Douglas-built rocket readily earned its impressive reputation as a relatively reliable, capable, and (more or less) affordable launch vehicle compared alongside other rockets available in the ’90s. Delta II wound up as a ULA rocket (sort of) thanks to Boeing and McDonnell Douglas’ 1997 corporate merger, followed in 2006 by Lockheed Martin and Boeing’s cooperative formation of the United Launch Alliance. ULA thus operates Delta II, Delta IV, and Atlas V, all featuring multiple variants and very few distinguishing capabilities when compared amongst themselves. 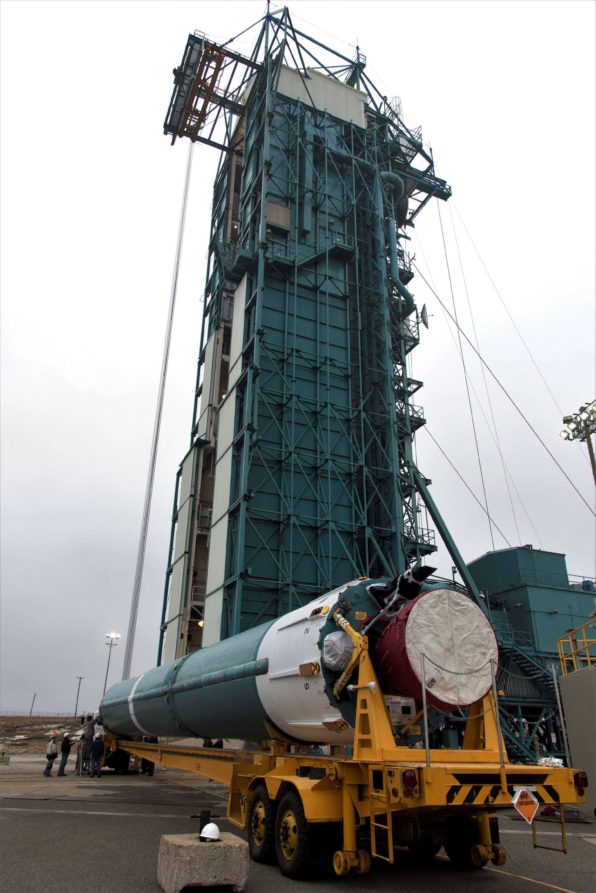 Delta II is trucked to the launch pad ahead prior to launch. (NASA) 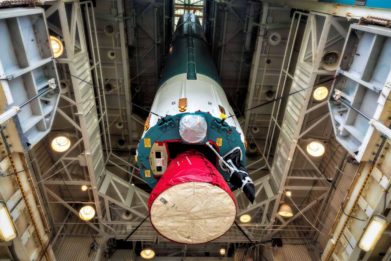 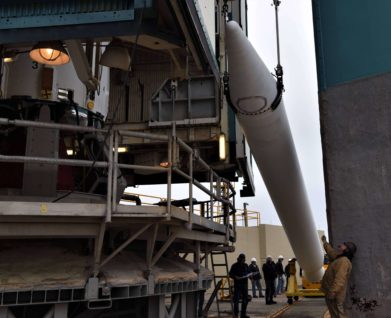 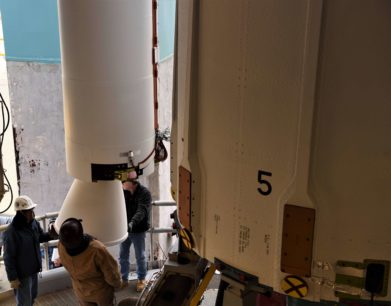 The cost of maintaining all those highly duplicative rockets and unique factories and engineering expertise is fundamentally unnatural and reliant upon some sort of noncompetitive market forces (i.e. launch monopolies assured through “block buys” of multiple rockets from NASA and the US military), forces that have been mortally challenged by SpaceX’s reintroduction of competition to the American launch industry.