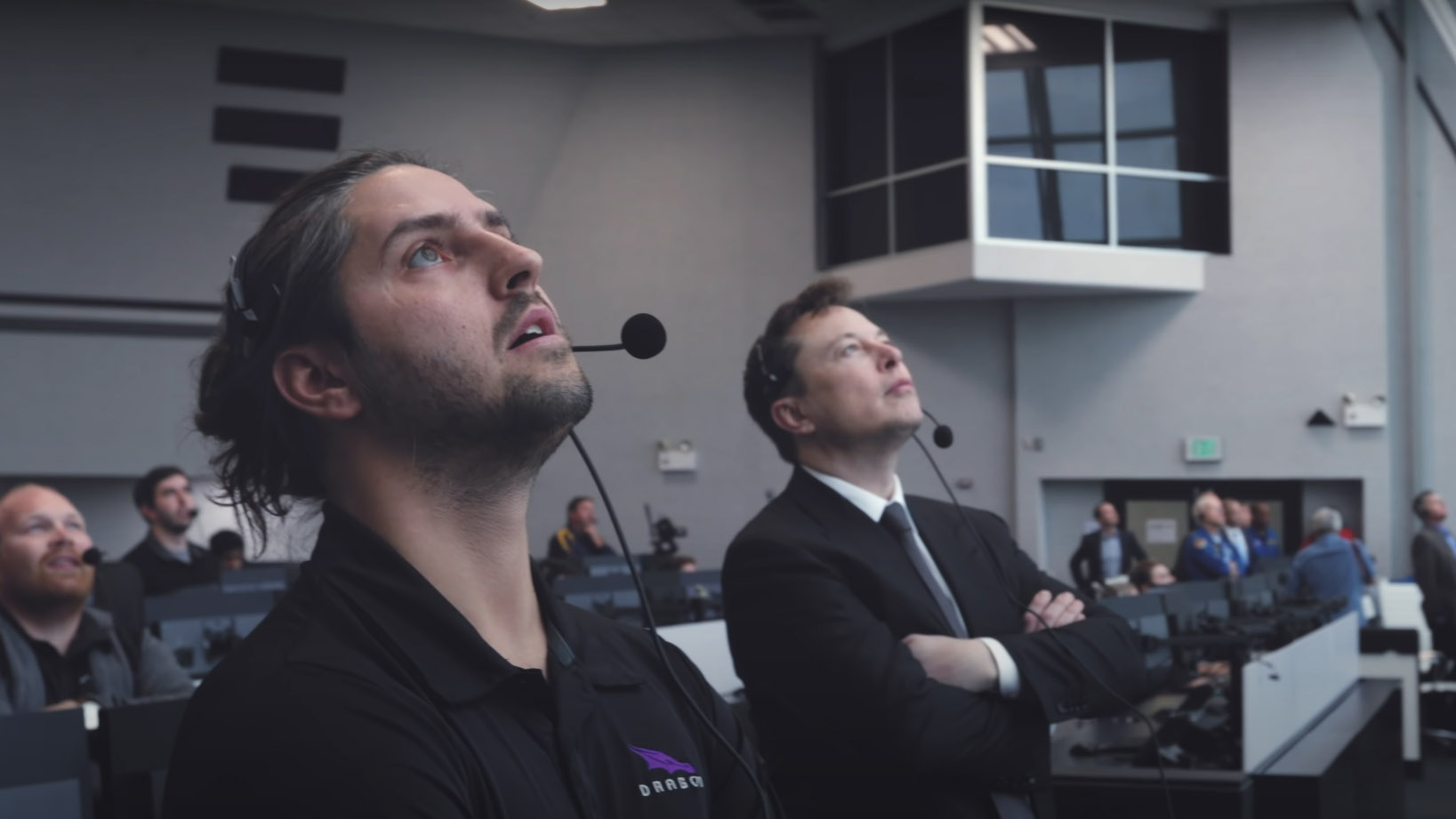 Prior to making her remarks and answering questions, Shotwell called attention to the video highlighting the Super Draco launch escape system – a defining character difference between Crew Dragon and the cargo variant of the capsule that is used to shuttle resupply missions to and from the International Space Station.

The In-Flight Abort test was the final demonstration of the redesigned Super Draco abort thrusters following a catastrophic explosion in March 2019 that resulted in the complete loss of the Demonstration 1 Mission Crew Dragon capsule.

The Super Draco thrusters are used to rapidly propel the capsule away from a failing first-stage booster and ensure the safety of all crew members aboard. Along with eight Super Draco abort thrusters, the Crew Dragon capsule also features sixteen maneuvering Draco thrusters. These work in an abort scenario to ensure attitude control – flipping and orienting the capsule to prevent loss of control and ensure proper orientation for parachute deployment.

The recap video included footage of the Super Draco thruster system performing successfully and propelling the Crew Dragon capsule away from the first-stage Falcon 9 booster that was experiencing an intentional engine shut down. Shortly after, the video displays a never-before-seen view of the capsule ejecting its trunk prior to parachute deployment.

The recap video differs from the typical SpaceX launch webcast in that it features a more behind-the-scenes look at launch – and splashdown – proceedings. SpaceX engineers along with NASA astronauts and company founder Elon Musk are seen inside Firing Room 4 of the Launch Control Center at Kennedy Space Center.

The facility was once used to monitor crewed launches during the space shuttle era. The next time it will be used will be during the first crewed launch of a new human spaceflight vehicle since the debut crewed flight of the space shuttle in 1981. The upcoming Crew Dragon Demonstration 2 Mission is currently set to liftoff no earlier than 4:23pm ET on Wednesday, May 27th.