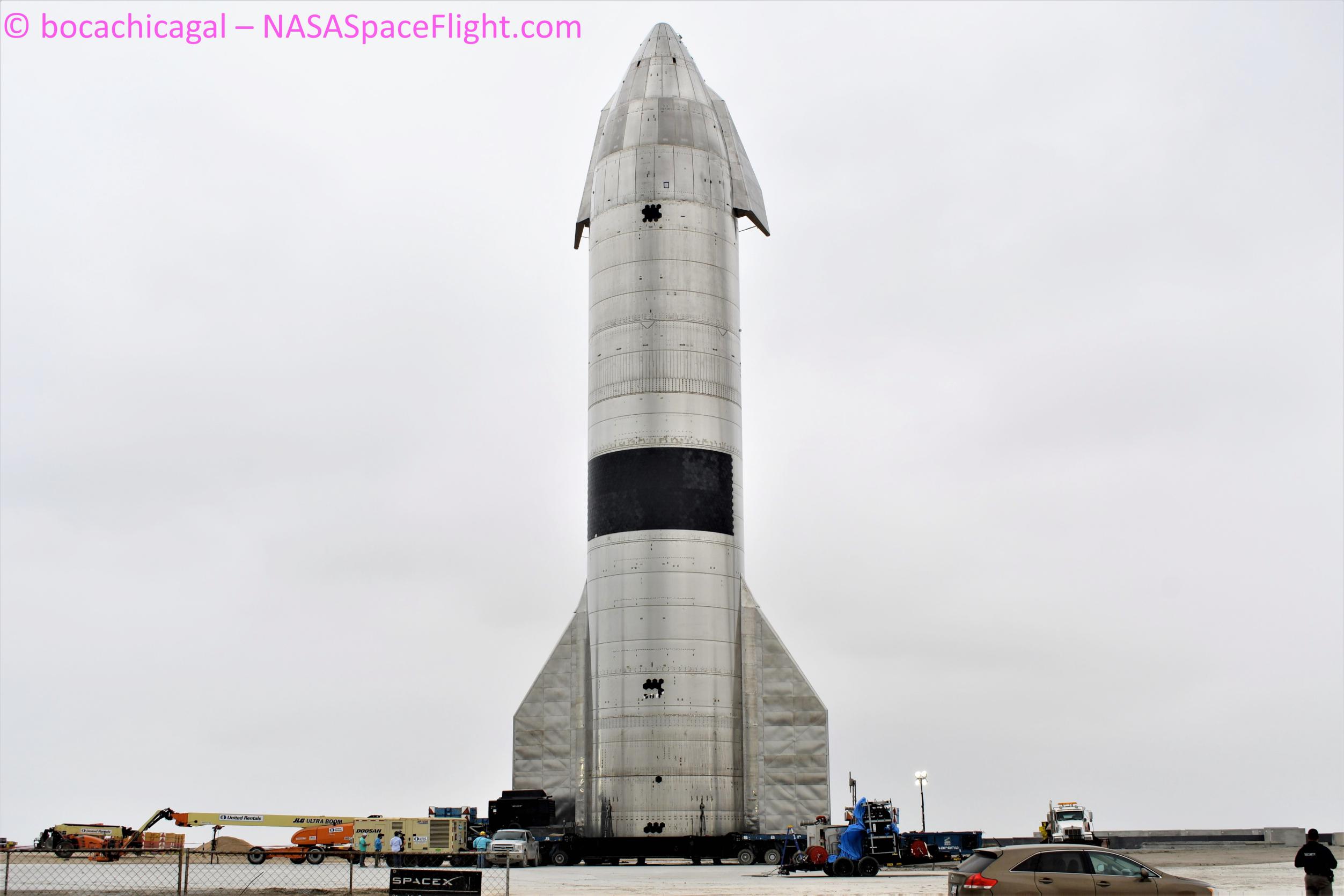 Defying most expectations, SpaceX has moved the first full-size flight-proven Starship back to the launch pad less than a week after the prototype survived a high-altitude launch and landing.

Two days after that spectacular launch and four days ago, CEO Elon Musk revealed that SpaceX “might try to refly [Starship] SN15 soon,” indicating that the rocket landed in excellent condition. While Starship SN15’s ~10 km launch was far less stressful than those experienced by orbital-class Falcon boosters, reusing the first successfully recovered Starship prototype mere weeks after that first landing would be an extraordinary achievement given that SpaceX took more than 15 months to reuse a Falcon booster after the rocket’s first landing.

Early on Tuesday, May 11th, Starship prototype SN15 began to move for the second time since its May 5th launch and landing. Carried by a custom transporter designed to secure landed Starships without the need for a crane, SN15 was carefully rolled a few hundred feet from the landing zone to “Suborbital Mount B” – one of two identical launch mounts. Used by Starship SN15 throughout its test and launch campaign, Mount A is in the process of being refurbished.

While SpaceX has yet to actually install Starship SN15 on Mount B, the prototype has been attached to a crane and said installation is imminent – possibly just waiting for winds to die down. As of publishing, SpaceX has removed SN15’s six ‘used’ landing legs but hasn’t replaced them – a necessary step before the Starship can fly again.

It’s unclear if legs can be installed after a Starship is affixed to a launch mount, meaning that SpaceX might also be waiting for winds to die down so it can lift SN15 off its transporter and replace its legs – an understandably sensitive process given the need for workers to clamber under and around a 100+ metric ton rocket hanging in the breeze.

It’s worth noting that even after SpaceX reinstalls Starship SN15 on a launch mount, there’s no guarantee that the prototype will fly again. Before any reflight, SpaceX will almost certainly put the rocket through at least one additional tank proof test and static fire its Raptor engines. Issues or damage that escaped initial post-flight inspections could easily arise during that process and it’s more likely than not that one or more of SN15’s three Raptors will be removed for detailed inspection or replaced outright.

For now, stay tuned as SpaceX prepares to install Starship SN15 on a launch mount for the second time and the company’s next steps hopefully come into focus.