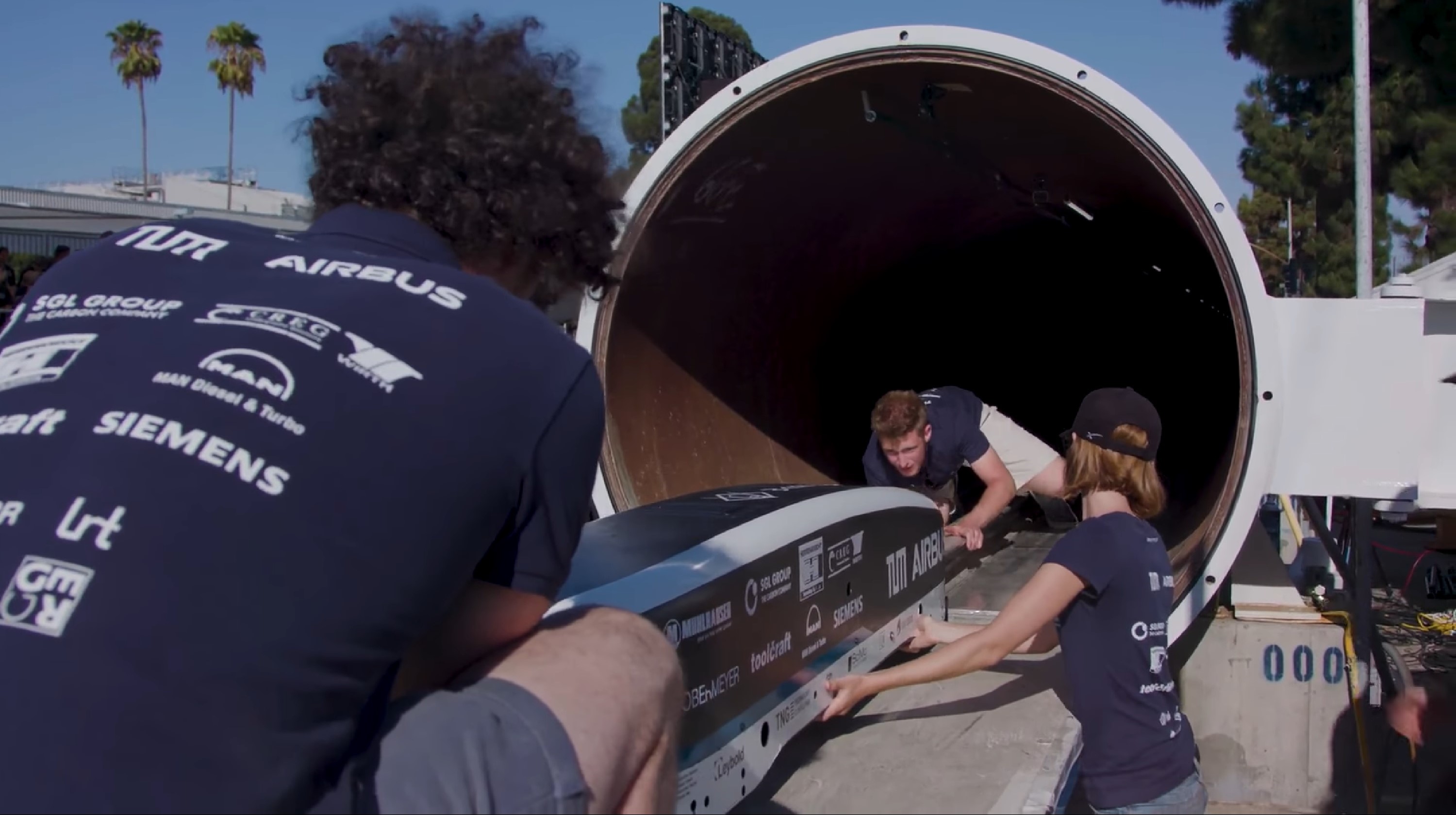 Following a successful search for the fastest pod during SpaceX’s second Hyperloop Competition, the Elon Musk-founded space exploration company has released rules for its third competition, which will require that each competing pod propel itself. Competition II saw both WARR Hyperloop and SpaceX and Tesla’s own pusher-pod break the top speed records for vacuum trains, respectively reaching 202 mph and 220 mph during runs in the Test Loop. Elon Musk has since suggested that the Tesla-built pusher pod could reach speeds of 300 mph or greater with some small modifications.

Similar to Competition II, the next competition slated for mid-2018 requires that all interested teams be composed of students working to develop either a new pod or a significantly modified pod from any that participated in earlier competitions. This time, however, no pod will be allowed to receive assistance from the pod-pusher, meaning that each competing pod must have its own independent system of propulsion. The new contest will have a singular pursuit of maximum pod speed and controlled deceleration.

Loosely scheduled for “Summer 2018”, Competition III will likely occur after several more tests of SpaceX’s own pusher pod, as the company aims to cross the 300 mph goal Musk previously set. There is an immense amount of value to be derived from applying engineering theory and working as a group while attempting to produce a pod, regardless of whether it works or wins. SpaceX’s sponsorship of the event is a testament to that fact. However, public perception and the majority of media coverage will almost certainly focus on Competition III as a drag race to crown a victor. It is certainly guaranteed to be the most competitive Hyperloop competition thus far. The teams participating in the contest will likely also be performing alongside companies like Hyperloop One, who are sure to strive for faster runs after their top speed crown was stolen.

While the competitive aspect of the event will grab the spotlight, SpaceX is still open to allowing almost any team that wants to trial their pod in the Test Loop, albeit without a vacuum environment. All main pod competitors will be required to vacuum test their pods, but Competition III will also feature a sort of sub-competition that will allow pods without their own propulsion to test their levitation systems on an external track.

The submission deadline for Intent to Compete forms is September 29, 2017, and the actual dates of the competition will likely be released in the coming months. To all who choose to compete, #breakapod!