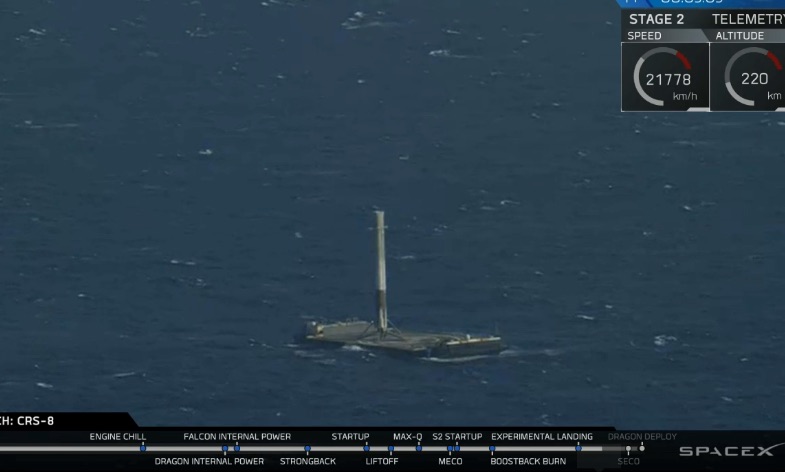 On Friday afternoon, SpaceX accomplished two major milestones. First, it successfully launched the Dragon space capsule into orbit. The Dragon is on its way to low Earth orbit to deliver critical cargo to the International Space Station for NASA this Sunday.

Second, the first stage of the Falcon 9 rocket landed successfully on the “Of Course I Still Love You” floating droneship in the Atlantic Ocean. This marks the second time SpaceX has been able to successfully land its rocket after launch; the first time being on land when the company’s Falcon 9 rocket made history by landing itself safely back on to ground in Cape Canaveral, Florida.

Today’s successful experimental landing at sea marks a pivotal moment for SpaceX as it validates the company’s ability to reuse rockets leading to cost savings and quicker turnaround for space missions.

Watch the amazing video below as the first stage Falcon 9 returns itself onto a floating sea barge.