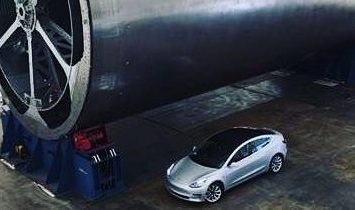 The massive cylinder revealed in Musk’s Instagram post – while not an actual rocket component – is a mold that will be used to carefully craft the carbon composite structures that are expected to be liberally used throughout SpaceX’s Mars rocket boosters and spaceships. 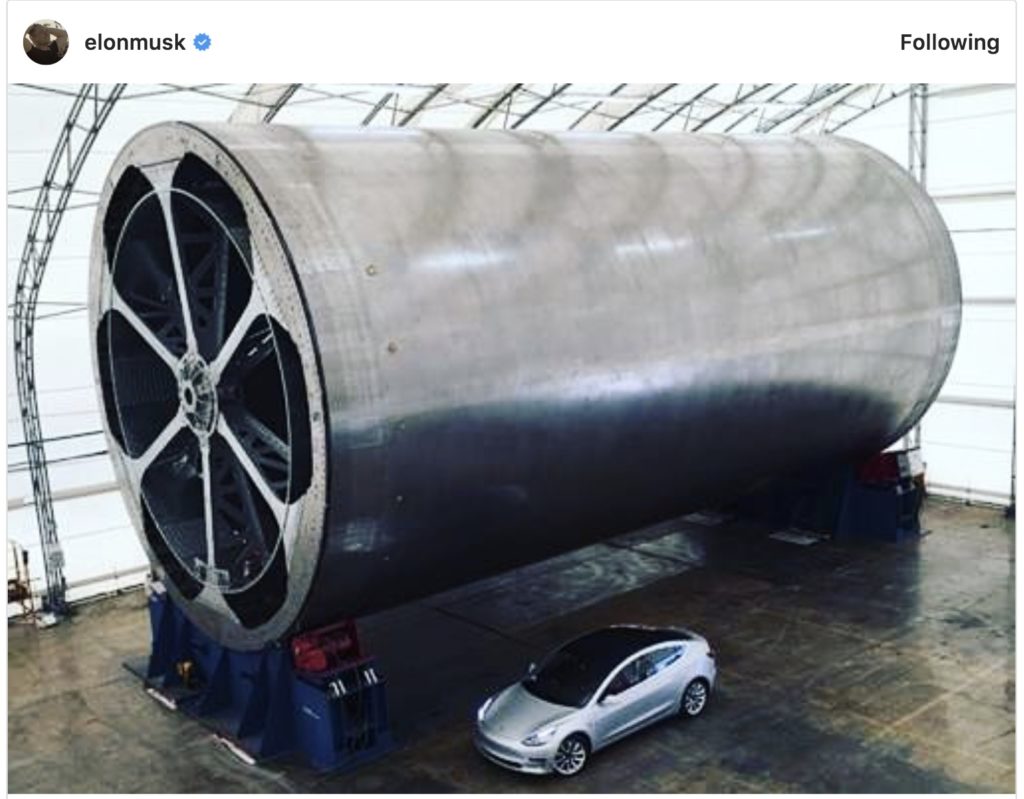 Building on a history of R&D with the contractor, SpaceX has likely procured this unique tooling from the Seattle-based Janicki Industries, previously known for their work on the jaw-dropping ITS oxygen tank that was revealed in 2016 and tested to failure in 2017. This time around, however, SpaceX is not simply contracting Janicki to construct a prototype tank at their Seattle facilities – rather, the company is acquiring the tools they will need to build their own massive carbon composite structures.

Combined with several other specialized components either not present or difficult to make out in the low resolution teaser image, the tool pictured will, sooner than later, slowly spin thousands of times, winding thin threads of carbon fiber ’round and ’round, interspersed with adhesives and presumably heat-based curing cycles, until a truly massive carbon composite structure takes shape. Carbon composite propellant tank domes, constructed with a different process, would then be affixed to the ends of the massive tank segment, and potentially inside the structure to complete the subassembly.

The existence of the tooling in question more likely than not indicates that SpaceX has completed the basic designs of BFR and BFS. Custom-built fabrication hardware like the item pictured by Musk would entail a fairly breathtaking capital investment that would not be made without confidence that it will be used. Whereas one might easily find a second-hand market for a very high-quality lathe, there is quite literally not a market on Earth for tooling necessary to build 9-meter diameter rocket-grade carbon composite structures. It is just the tool for the job of building BFR, however, and can likely be used to fabricate the main body of both the 9-meter diameter booster (first stage) and spaceship (upper stage).

It’s certainly possible that the tooling in Musk’s photo was awaiting shipment from its Seattle home to SpaceX’s California manufacturing facilities, but it is far more likely that the tooling is being shipped to an unassuming 20,000 ft^2 tent [PDF] SpaceX assembled at Port of San Pedro in 2017. Somehow, the company appears to have snuck the massive hardware into Los Angeles with an army of eagle-eyed SpaceX stalkers none the wiser.

Put simply, the stars are beginning to align for the very first testing campaign of full-scale prototypes of the rocket SpaceX intends to colonize Mars with. The company’s aspirational timelines can, of course, be expected to slip, but SpaceX is undeniably acquiring the hardware it will need to build those prototypes, near its prospective Port of San Pedro BFR factory, and essentially paving the way to initial hot-fire testing of a partially integrated spaceship sometime next year.