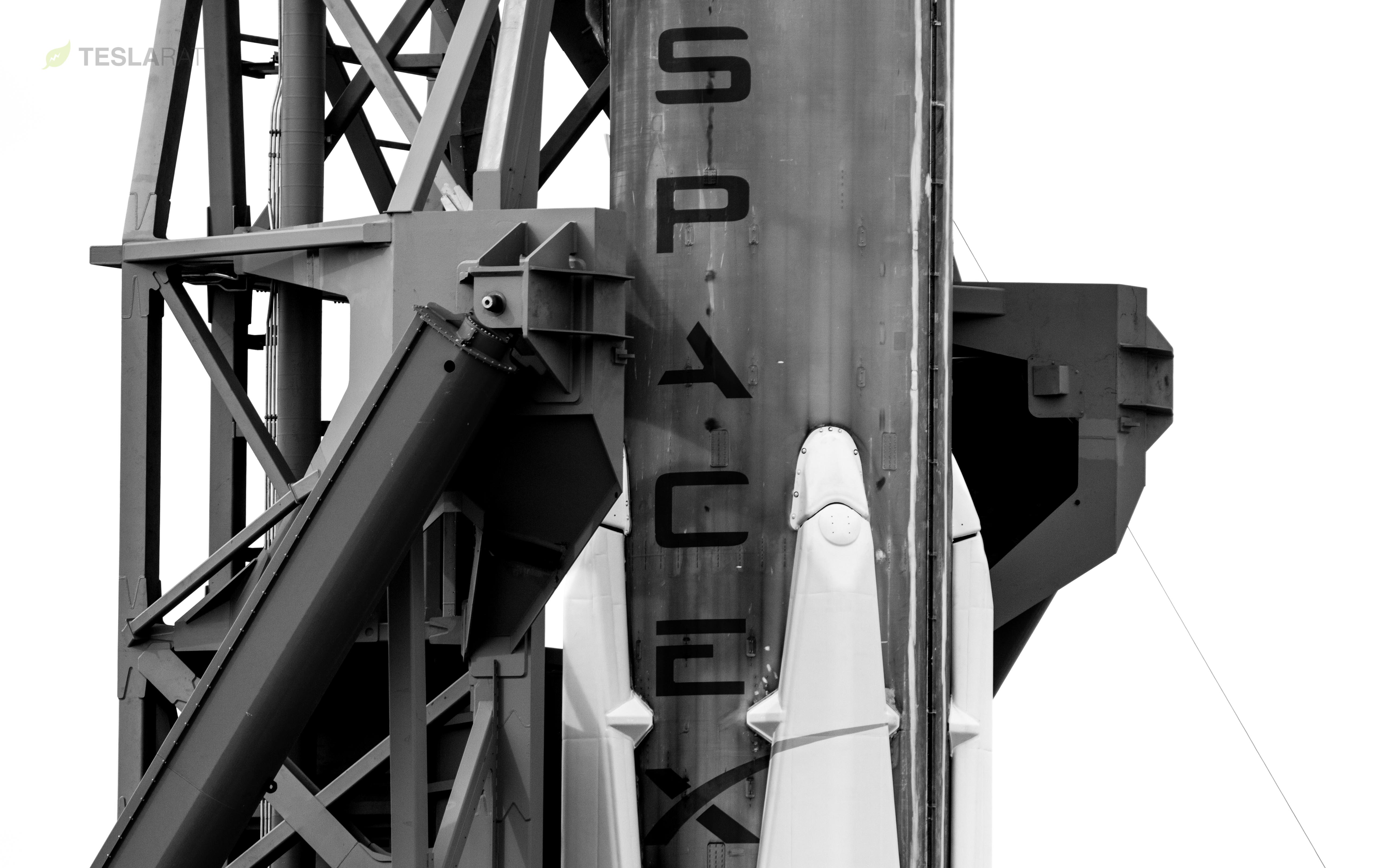 Despite a brief 24-hour delay due to weather and minor mechanical issues, SpaceX recycled the launch opportunity and completed the mission on Wednesday afternoon, January 31. Tasked with carrying GovSat-1 to orbit, the reused Falcon 9 rocket (Booster 1032) performed flawlessly and as expected, although the stage was expended. Launch directors confirmed just before the end of the live webcast that the communications satellite, a public-private partnership between SES and Luxembourg, was placed into a good orbit a few minutes before it separated from Falcon 9’s second stage. The mission marks SpaceX’s second successful launch of 2018, its first reused flight of the year, and the last launch before Falcon Heavy’s inaugural flight – currently scheduled for Tuesday, February 6.

Perhaps most intriguingly (or at least uniquely), the to-be-expended booster was still seen outfitted with both grid fins and landing legs at the launch pad, the new legs a stark white against the dark and sooty backdrop of the Falcon 9’s recycled booster. While SpaceX’s webcast host very explicitly stated at least three times that the first stage was not going to be recovered, careful listeners may have still caught snippets of the launch and recovery directors announcing different milestones as Falcon 9 S1 landed softly in the Atlantic Ocean. Similar to the recovery operations after the launch of Iridium-4 in December 2018, S1 flew as if it were landing aboard a drone ship, although in the case of this launch that theatricality extended even to landing legs. 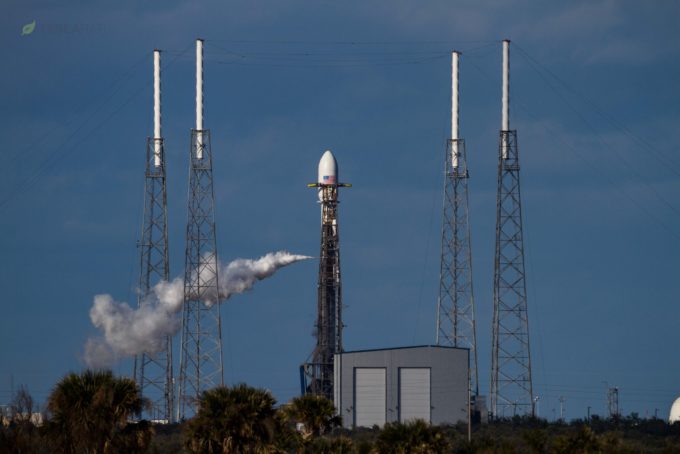 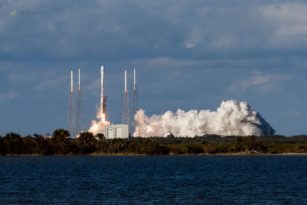 We have liftoff! (Tom Cross) 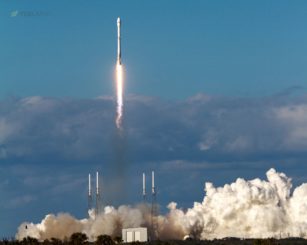 While it may seem quite odd that SpaceX would choose to expend an entire, recoverable rocket, it is presumed that SpaceX is simply choosing to rid itself of a stock of older boosters incapable of flying more than once or twice – preparing for the introduction of the highly reusable Block 5 of Falcon 9, in other words. As stated by the webcast host, a SpaceX engineer, the company’s goal is for boosters to last “tens of launches in the short term, and hundreds or thousands of launches in the long term.” It is worth remembering that expending rocket boosters in the ocean (or even over land for Russia and China) is the status quo of all non-SpaceX rockets, and SpaceX has only just begun to perfect booster recovery and reuse – the first successful ocean recovery was completed less than two years ago. The very fact that it already feels odd or even wrong to “throw away” hardware into the ocean after launch is a testament to just how rapidly SpaceX have changed both the figurative and literal paradigms of orbital rocketry, and it is only a matter of time before the eminently persistent company ends the practice of expendable launches internally, if not globally.

Up next, Falcon Heavy

After yet another successful mission for SpaceX, the company’s Florida efforts will now briefly focus on the imminent inaugural launch of Falcon Heavy, the company’s newest and largest rocket. Loosely penciled in for liftoff on Tuesday, February 6, the massive vehicle will become the most powerful and capable operational rocket in the world, comparable only to the likes of NASA’s Saturn V and Space Shuttle, as well as the Soviet Union’s short-lived Energia. Regardless of its place against a historical backdrop of massive state-funded rockets, Falcon Heavy will by default become the most powerful commercial launch vehicle ever developed, and that title will almost certainly remain uncontested until 2020 at the absolute earliest. If or when the first and smallest version of NASA’s SLS rocket launches, likely also no earlier than 2020, the space agency may well take the crown back for a brief year or so. Regardless, SpaceX will likely be regularly launching Falcon Heavies and nearing the tail end of the development and testing of its much larger BFR rocket and spaceship.

Falcon Heavy will be the clearest progress yet towards such a massive rocket, and will provide SpaceX with invaluable experience and expertise as the only private company to ever operate a super heavy-lift launch vehicle (SHLLV). After a solid four weeks of near-constant testing, bug-fixing, and retesting, Falcon Heavy just days ago completed its first static fire, marking the first point in its history that all 27 of its first stage engines were simultaneously ignited. The data produced by that crucial test was apparently satisfactory, and Elon Musk just yesterday reiterated that the vehicle’s first launch was still targeting February 6. 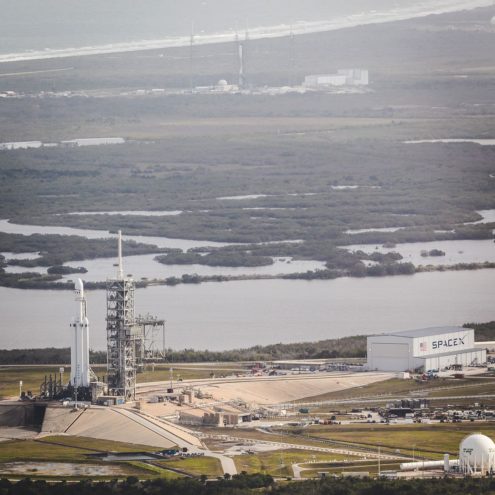 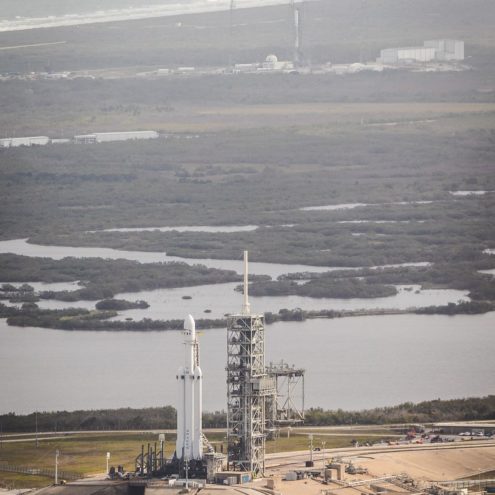 Falcon Heavy and Falcon 9 in the distance, a tour de force of SpaceX’s breadth of accomplishment. (SpaceX)