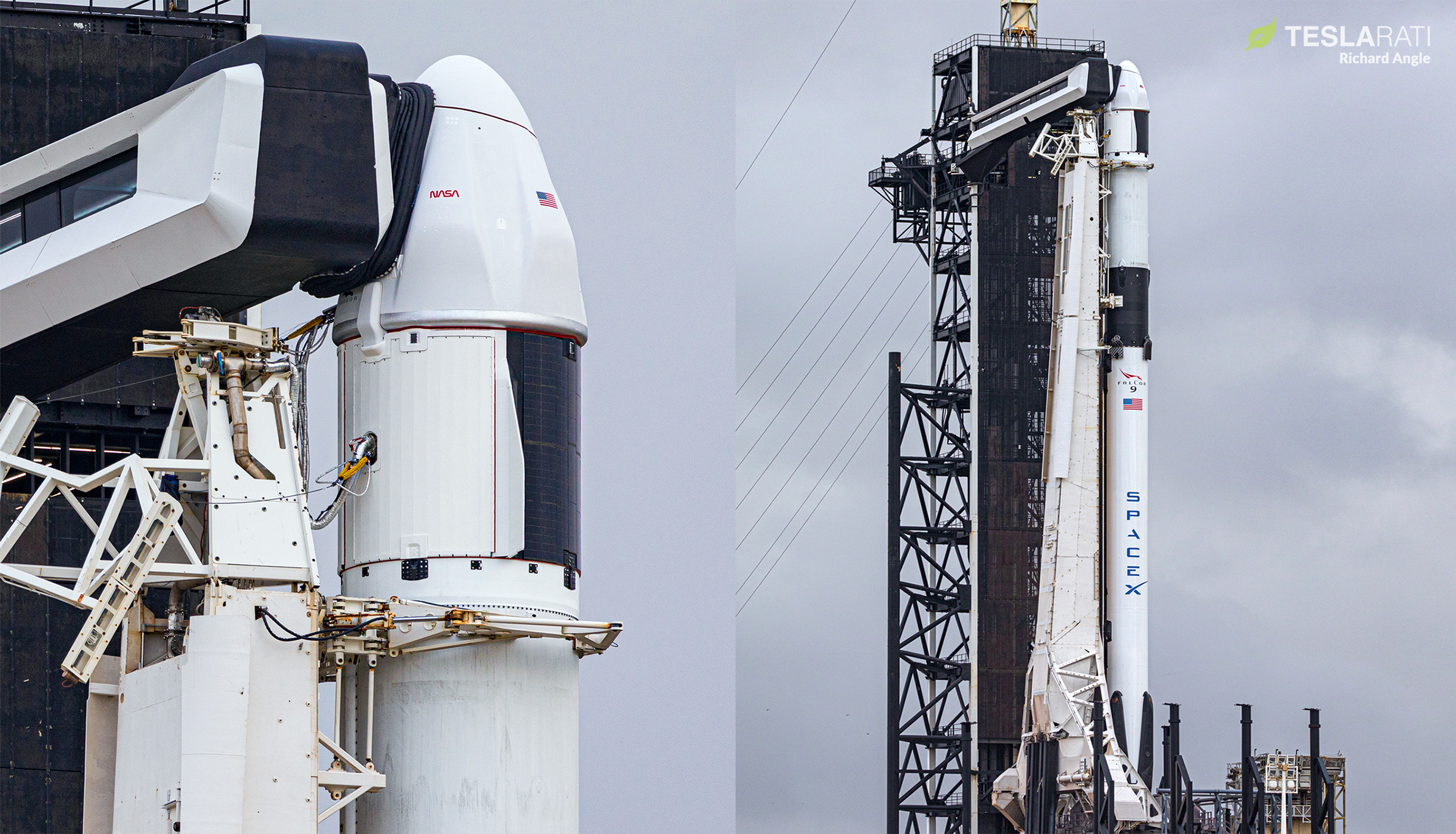 Update: Despite terrible weather, SpaceX and NASA are on track to attempt to launch Cargo Dragon’s CRS-24 space station resupply mission – also Falcon 9’s 31st and last launch of 2021. Tune in below around 4:45 am EDT (09:45 UTC), December 21st to watch the mission live.

SpaceX has rolled out a rare new Falcon 9 booster for the company’s last launch of 2021, highlighting just how pervasive the company’s rocket reusability has become.

The mission – CRS-24, Cargo Dragon 2’s fourth International Space Station (ISS) resupply run – will be SpaceX’s 31st Falcon 9 launch of the year, handily beating the 26-launch record the company set in 2020. However, CRS-24 will be only the second time this year that SpaceX debuts an unflown (new) Falcon booster, meaning that all 29 other missions (~94%) successfully relied on flight-proven rockets.

In other words, in less than five years, SpaceX has gone from completing its very first Falcon 9 reuse (SES-10 – March 2017) to launching almost 30 times in one year without a single new booster. The only other time SpaceX flew a new booster this year was CRS-22, which successfully debuted Falcon 9 B1067 and the new Cargo Dragon 2 capsule C209 in June.

Six months later, Falcon 9 B1069 is scheduled to debut by launching Cargo Dragon 2 capsule C209 on its second mission to the ISS. Carrying approximately 3 tons (~6500 lb) of consumables, station parts, and science experiments, Dragon is set to lift off from Kennedy Space Center (KSC) Pad 39A no earlier than (NET) 5:06 am EDT (10:06 UTC) on Tuesday, December 21st. Weather is looking decidedly unfavorable, however, and CRS-24 currently runs a 70% chance of being scrubbed by poor conditions at Cape Canaveral and downrange in the Atlantic Ocean. Weather forecasts for a backup window on December 22nd currently predict a much better 60% chance of favorable conditions.

Regardless, when CRS-24 launches, it will mark a number of milestones and set several new records for SpaceX. Beyond firming up SpaceX’s record-breaking 31 launches this year, CRS-24 will also be the third Falcon launch in just 69 hours – less than three days. Before it, SpaceX’s three-launch record was most recently set in November 2020 when three Falcon 9 rockets launch Crew-1, Sentinel 6A, and Starlink V1 L15 a little over nine days (~217 hours) apart. If SpaceX can find a gap in the half-figurative clouds and launches on December 21st, it will beat that record by more than a factor of three.

Additionally, including Starlink 4-3 and NASA’s IXPE mission, CRS-24 will be SpaceX’s fifth orbital launch in December 2021 – the first time the company has launched more than four times in one month. Even more impressively, if CRS-24 lifts off before Thursday, December 23rd, it will actually be SpaceX’s fifth launch in less than three weeks. If it wasn’t December, SpaceX could have quite possibly squeezed a sixth launch into the last few days of the year. Instead, most SpaceXers will get some well-deserved time off before 2022 begins.

Incredibly, even excluding Starlink missions, which made up more than half of SpaceX’s 2021 launches, the company has at least 39 commercial Falcon launches tentatively scheduled in 2022. If it wants to continue regular Starlink launches on top of its unprecedently packed manifest, it won’t be long at all before SpaceX’s next five-launch month.