Over the course of July, both vessels have been undergoing significant maintenance and upgrades. Mr Steven’s was perhaps the most extreme – his original arm and net apparatus was removed in its entirety and replaced with a massively upgraded system of arms, booms, and a brand new net, well and truly expanding the vessel’s catching area by a factor of four.

Intriguingly, ASDS Just Read The Instructions has stoically remained at SpaceX’s Port of San Pedro, CA berth for more than nine months, wholly unused despite the fact that the company has completed four additional missions since its last tasked booster recovery (October 2017, Iridium-3). It’s not a coincidence that all four of those Vandenberg AFB missions featured boosters that had already successfully launched and landed once before – SpaceX made a habit over the last four months of intentionally expending Falcon 9 boosters after their second missions, even when the launch conditions would allow for booster recovery.

This mission will thankfully bring an end to that understandable but still-painful practice, thanks to Iridium-7’s new Block 5 booster, B1048. Many of the months JRTI spent at berth were without the pod thrusters the drone ship needs to keep itself at the proper landing point once at sea, but JRTI departed the port with a full complement of four blue thrusters on the evening of July 22. However, it’s unclear how much SpaceX will need the vessel within just a month or two from today. 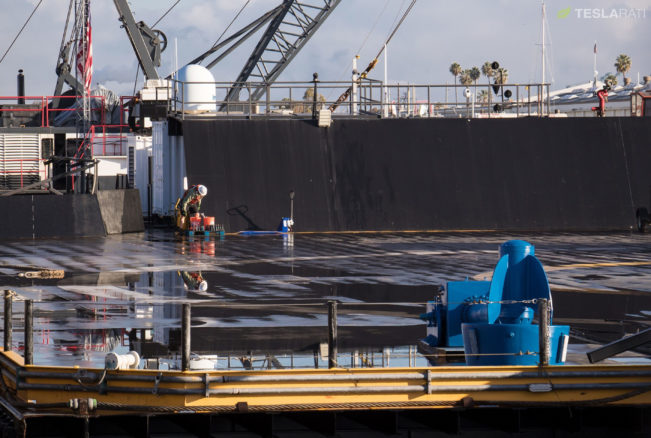 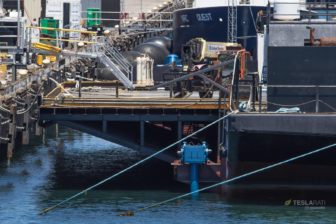 More recently, all four thrusters were installed and tested both while berthed and at sea. May 11. (Pauline Acalin) 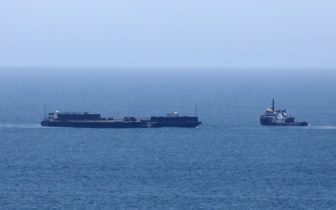 At long last, SpaceX’s planned, built, and now-patiently-waiting West Coast landing zone is finally finished, permitted, and in the green to begin supporting Falcon 9 return-to-launch-site (RTLS) recoveries at Vandenberg Air Force Base. Effectively a basic copy of SpaceX’s now well-worn landing zone pair in Cape Canaveral, Florida, the company’s VAFB LZ-1 has been hinted at in two FCC launch permits for launches as early as the first and last weeks of September. Aside from Iridium launches, of which just one will remain after Iridium-7, nearly all of SpaceX’s West Coast launches are for fairly lightweight payloads that should easily allow Falcon 9 RTLS recoveries. 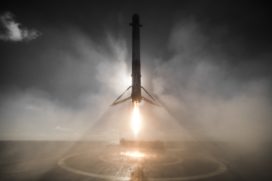 Environmental conditions mean that JRTI will still be needed regularly for a handful of months (March through June) to avoid disrupting baby seals (pups, technically), but the vessel’s recovery efforts this week may be one of the last ‘off-season’ examples for months or even years to come. On the plus side, RTLS recovery at SpaceX’s VAFB landing zone will be an absolute dream for recovery technicians, as the LZ is directly beside the launch pad and hangar, where recovered Block 5 boosters can likely be refurbished or at least easily packaged and shipped to the Hawthorne factory.

For more sneak peeks and exclusive behind-the-scenes footage of SpaceX’s rocket recovery fleet, including drone ship Just Read The Instructions, be sure to subscribe to our exclusive membership program!