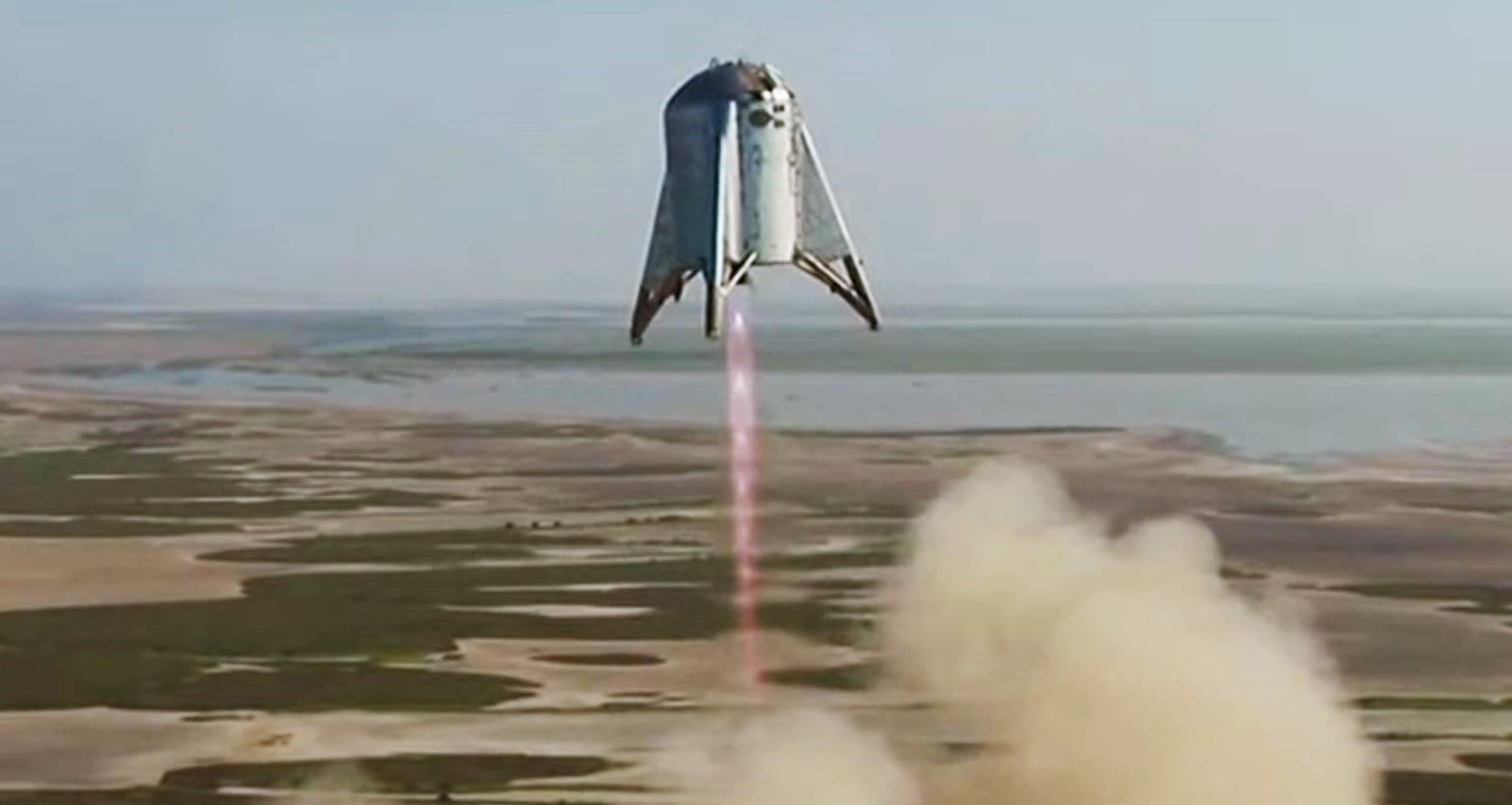 SpaceX’s Starhopper prototype has completed its second and final flight test, lifting off to an apogee of roughly 150m (500 ft) before nailing the bullseye on a landing pad adjacent to the launch mount.

From start to finish, Starhopper spent almost a full minute (~57 seconds) in flight, showing off the first-ever public view of a Raptor engine plume in daylight. According to CEO Elon Musk, this was the unusual Starship testbed’s final flight and the vehicle is now set headed for retirement and modification into a stationary Raptor test stand as SpaceX prepares for the imminent flight debuts of two similar Starship prototypes, known as Mk1 (Texas) and Mk2 (Florida).

Over the course of the minute-long flight test, Starhopper and its Raptor engine appeared to perform nominally, requiring just a few minor trajectory tweaks with cold-gas thrusters taken off of Falcon 9 boosters. For the most part, Raptor – controlled via thrust vectoring – controlled the entire flight, lifting Starhopper’s impressive bulk and several dozen tons of propellant 150m (500 ft) into the air and landing the testbed directly at the center of the SpaceX landing pad’s classic ‘X’ marker.

Although the region’s weather is less than friendly, Boca Chica, Texas was in top aesthetic shape on the official SpaceX stream, serving as a spectacularly sparse backdrop to the company’s famous flying water tower.

Visiting photographers Trevor Mahlmann and Jack Beyer were able to capture some beautiful photos of the test, marking the first unequivocal public photos of a Raptor engine’s Mach diamonds, shockwaves produced by the plume’s interaction with the atmosphere.

These daylight views also provide a good idea of what exactly a daylight Starship or Super Heavy launch might look like, with Starhopper’s lone Raptor engine producing a beautiful plume with hints of pink, purple, blue, orange, and red. Throughout the test, the only real point of visual concern came just before landing, when Raptor’s exhaust plume took a radical departure from organized Mach diamonds to what looked like a bright yellow flamethrower.

This may well be normal behavior for Raptor at the lower throttle levels needed for Starhopper to perform a gentle landing. The fact that Starhopper remained in perfect control throughout Raptor’s flamethrowing episode either suggests that the test went exactly as planned or indicates that Raptor is extraordinarily tough in the face of in-flight damage. For the time being and until official confirmation one way or another, it’s safe to assume that the test was a success.