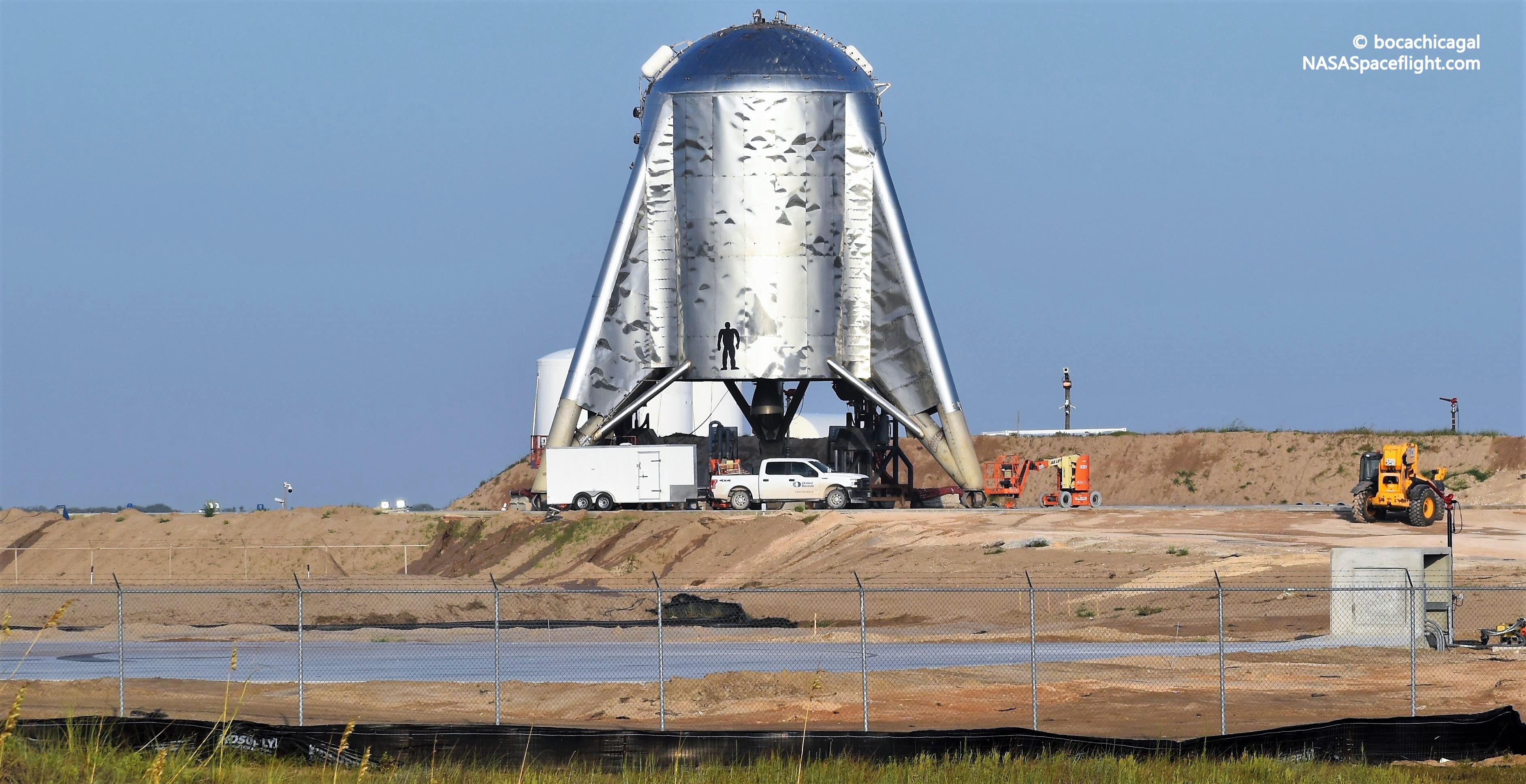 Starhopper is pictured here earlier this morning (August 27th) ahead of a second attempt at its final flight test. (NASASpaceflight - bocachicagal)

SpaceX is reportedly ready to take a second stab at Starhopper’s second and final flight, rescheduled from August 26th to August 27th after an abort just milliseconds prior to Raptor’s main engine ignition.

According to CEO Elon Musk, that abort was automatically triggered by Raptor’s avionics when telemetry indicated an issue with the engine’s advanced system of torch igniters. Needed to safely start Raptor’s methane and oxygen preburners and ignite its the main combustion chamber, Musk believes that some relatively simple wiring issues in those igniters were to blame for Monday’s abort. As of this morning, Raptor’s igniters appear to have passed inspection and undergone any needed fixes and Starhopper is now scheduled for its 150m (500 ft) hop test no earlier than 5pm EDT (21:00 UTC), August 27th.

Captured earlier today by visiting photographer Trevor Mahlmann, SpaceX technicians were observed working in and around Starhopper’s Raptor, the sixth such full-scale engine produced by SpaceX. One technician was seen literally inside Raptor’s nozzle, likely inspecting the business ends of the main combustion chamber’s igniters.

During yesterday’s official SpaceX webcast, Starhopper aborted its hop test just milliseconds before main engine ignition, but Raptor SN06 appeared to briefly ignite one or both propellant preburners just prior to said abort. It’s unclear what exactly triggered the automatic abort, but preburner igniter issues would be far more challenging to repair in the field. SpaceX technicians could use fiber optic cameras to carefully inspect the torch igniters, but repairs would likely require a bit more work.

Should SpaceX choose to officially broadcast this second attempt, the company will post a link to the updated stream on its Twitter account. Yesterday’s tweet came roughly 10 minutes prior to Starhopper’s scheduled liftoff. Stay tuned for Starhopper’s second attempt at 5pm EDT.

If successful (and perhaps even if not), this flight test will be Starhopper’s last before retirement, making way for the first flights of Starship Mk1 and Mk2 prototypes in Texas and Florida.