In a letter to the FCC last week regarding a request for modification of their Ku/Ka-band license, SpaceX included a speed update on its current configuration of Starlink satellites. As disclosed, beta tests have resulted in download speeds of over 100 Mbps, upload speeds of about 40 Mbps, and a one-way latency time of under 20 ms (<40-50 ms round trip).

SpaceX’s long-term goal is to reach 8 ms in latency and 1 Gbps for downloads. However, these preliminary results are already in line with video game-worthy broadband latency (20-100 ms) and download speeds offered by broadband companies in the US on average. “As it works through these beta tests, SpaceX continues to add features to unlock the full capability of the satellites and user equipment,” the letter from SpaceX’s Director of Satellite Policy, David Goldman, detailed.

The testing platform used to verify Starlink’s beta speeds looks to be Speedtest by Ookla, a free online service that assesses a user’s internet connection speed in real-time. Screenshots from the Starlink testers show that the constellation was being assessed from users located in Seattle, Washington – nearby Starlink’s headquarters in Redmond. Interestingly, the Speedtest server used for assessment was owned by local service Whitesky Communications, a variable that could impact the speed results of other beta testers. 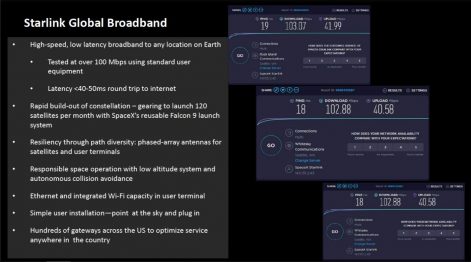 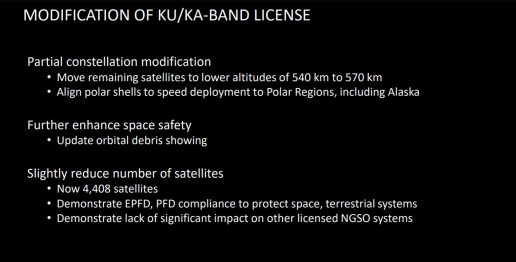 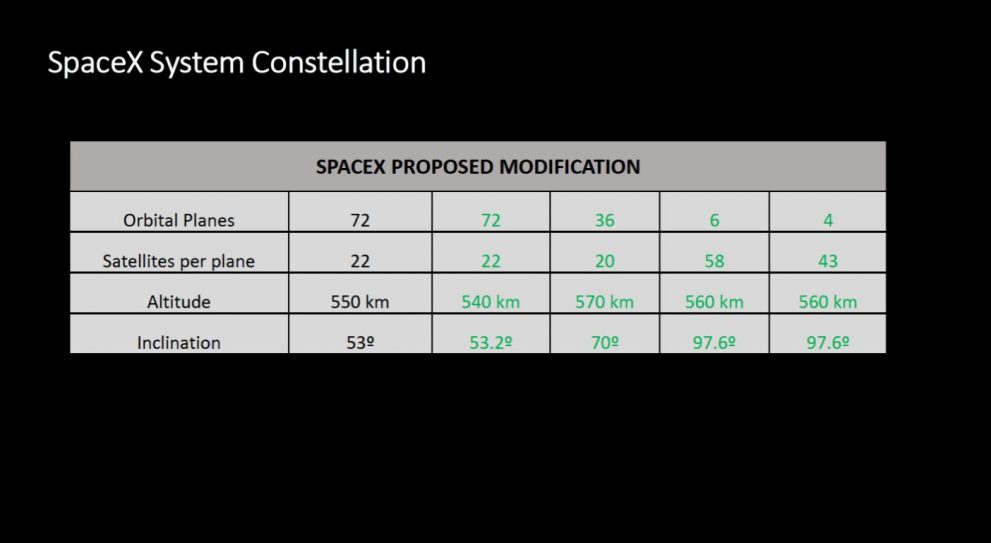 It additionally appears from information in the letter that SpaceX has requested approval by the FCC to both reduce the number of satellites in its final configuration and lower their altitudes. While the changes are minimal (4,409 satellites for Phase I originally, now 4,408 and 550 km altitude vs 540-570 km), the configuration update likely indicates further optimization of the Starlink system overall.

“The record in response to the application clearly demonstrates the public interest benefits from the modification, particularly by improving space safety and bringing faster service to consumers,” the letter explains. “SpaceX continues its aggressive launch schedule, and this modification is a crucial component in closing the digital divide, including service to Polar Regions.”

Since its first Starlink-dedicated rocket launch in May 2019, SpaceX’s Internet venture has already become the single largest broadband constellation in the world with more than 650 operational satellites. The company has around 5-8 more missions planned for the remainder of 2020 which, if achieved, keeps up a pace for completion of their first phase of satellites within three years from first launch. The second phase has around 12,000 satellites planned, and a third plans for an astounding 40,000. According to production details previously released, at least 120 Starlink satellites are being produced per month at their Redmond facility.