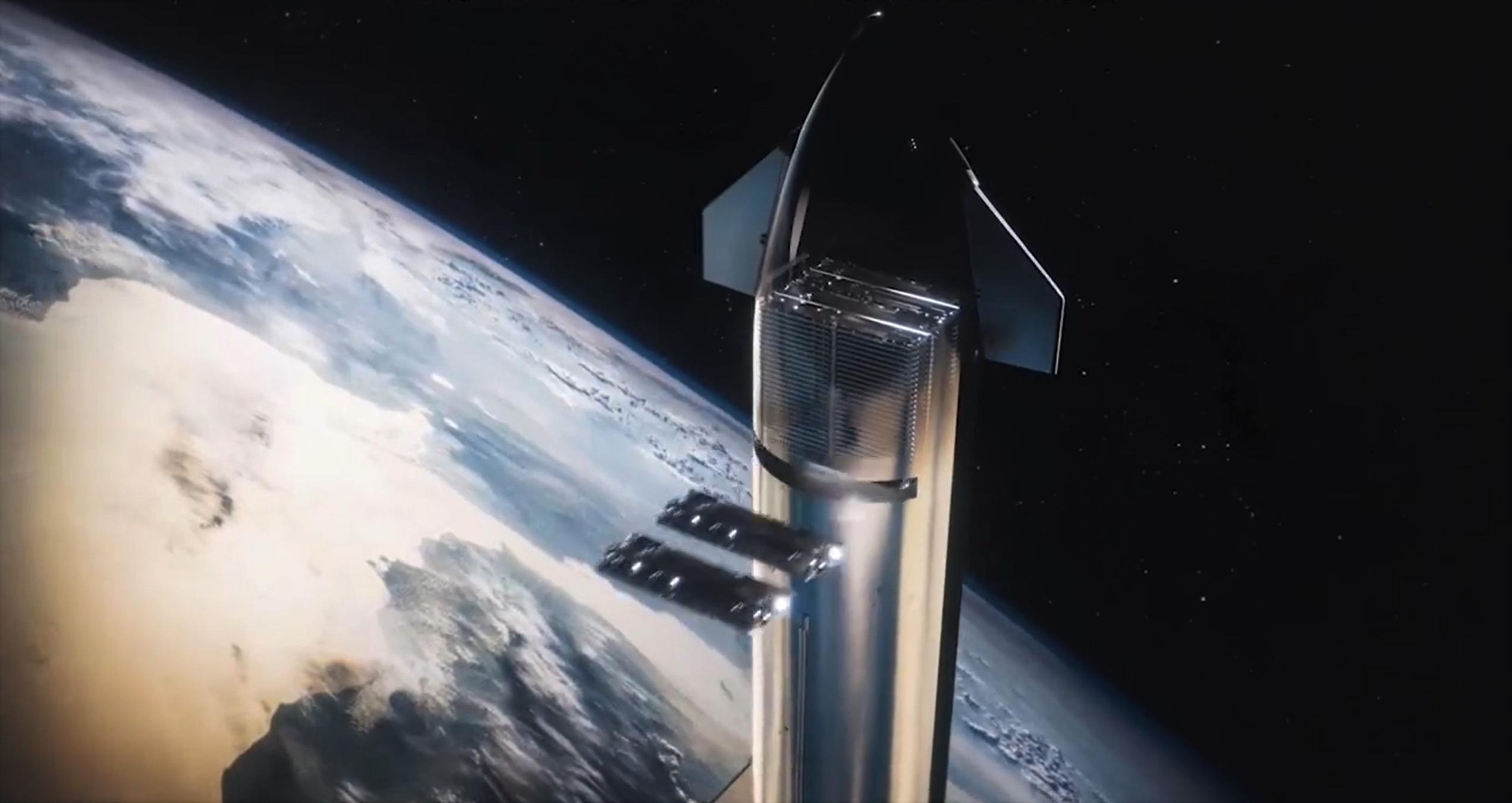 On Monday, SpaceX was spotted loading some of the first Starlink V2 satellite prototypes into a custom mechanism designed to refill Starship’s magazine-like payload bay.

While it’s not the first time SpaceX has used the dispenser, the photos captured by photographer Kevin Randolph for the YouTube channel ‘What about it!?’ are the first to clearly show real prototypes of the next generation of Starlink satellites. According to CEO Elon Musk, those Starlink Gen2 or V2 satellites will be “at least 5 times better”, “an order of magnitude more capable,” and about four times heavier than current (V1.5) Starlink satellites.

The potential of the new satellite bus design paired with Starship’s massive fairing and lift capacity could dramatically improve the viability and cost-effectiveness of SpaceX’s Starlink constellation. First, though, the company needs to launch and qualify prototypes of the new satellite design and verify that all associated ground support equipment works as expected.

Due to the designs SpaceX has settled on for both Starlink V2.0 satellites and the Starship hardware that will deploy them in orbit, that ground support equipment and the general path each satellite will take from its arrival at the launch facilities to liftoff on a Starship are wildly different than anything done before. July 18th’s photos (and screenshots from a recent factory tour) confirm that the next-gen satellites are basically enlarged versions of their smaller predecessors, which are also narrow rectangles.

Assuming that Starship launch costs are roughly the same as Falcon 9 and that Starship can only launch a similar 50-60 satellites at once, an almost 10x performance improvement from a satellite that only weighs five times as much relative to V1.5 would make Starlink V2.0 constellation deployment at least twice as cost-efficient to deploy even if Starship could only launch the same mass (~16 tons) as Falcon 9. In fact, a recent SpaceX render suggests that Starship will be able to carry 54 Starlink V2.0 satellites initially. As a result, even if Starship costs five times more to launch than Falcon 9 (~$75M), it will still be cheaper per unit of bandwidth launched. If Starship eventually reaches marginal launch costs as low as Falcon 9 (~$15M), the cost of Starlink launches (not including satellite cost) could plummet from about $15,000 per gigabit per second (Gbps) to around $1,500-2,500 per Gbps depending on individual satellite bandwidth.

The total cost of the network will be higher, of course, and dependent on more variables, but the combination of Starship and V2.0 satellites could eventually reduce the relative cost of Starlink launch operations by a factor of 5-10. If Starlink V2.0 satellites are actually cheaper to manufacture per unit of throughput than V1.5 satellites, which is not implausible once mass-production begins, those savings will deepen. If Starship can quickly mature and becomes fully and efficiently reusable, the equation could become even more favorable.

Still, loading Starship with satellites is going to be no minor feat and will add a significant amount of complexity and risk relative to the methods SpaceX currently uses for Falcon 9 Starlink launches. SpaceX’s initial Starship payload bay design is a roughly square enclosure that slots just above the ship’s uppermost tank dome and below its inward-curving nosecone. Per a render of the mechanism released last month, it measures about nine meters (30 ft) tall and eight meters (26 ft) wide, can store up to 54 Starlink V2.0 satellites, and dispenses pairs of satellites through a relatively tiny payload bay door that’s only wide enough for the task at hand.

Starship’s airframe is almost exclusively welded together. Once the nosecone and payload bay are installed on top of a ship, the only way to access the interior of the bay is through the dispenser door or an even smaller human-sized access port. SpaceX’s solution: build a mobile satellite storage box that will be lifted by crane (or launch tower arms) dozens to hundreds of feet off the ground and use the payload bay’s own dispenser mechanism in reverse to load satellites like bullets into a giant magazine. If that sounds simple, which it shouldn’t, it’s not.

It’s great, then, to see SpaceX apparently practicing that process with some of the first Starlink V2.0 prototypes. In photos captured on July 18th, workers were spotted loading several satellites into the only existing ‘loader’ inside one of Starbase’s three main factory tents. Each satellite was lifted using a load-spreader device that was presumably required to prevent the extremely long and thin satellites from bending too much in the middle during the lift. It’s unclear whether SpaceX is solely practicing the process or if it’s actually installing satellites well in advance for loading onto a Starship prototype.

Starship S24 is in the middle of preflight testing and has already been greeted by the satellite loader once before, possibly to load a prototype or mockup before ground testing began. Starship S25 appears to be at least a month or two away from completion, though its nose and payload bay section are much closer.