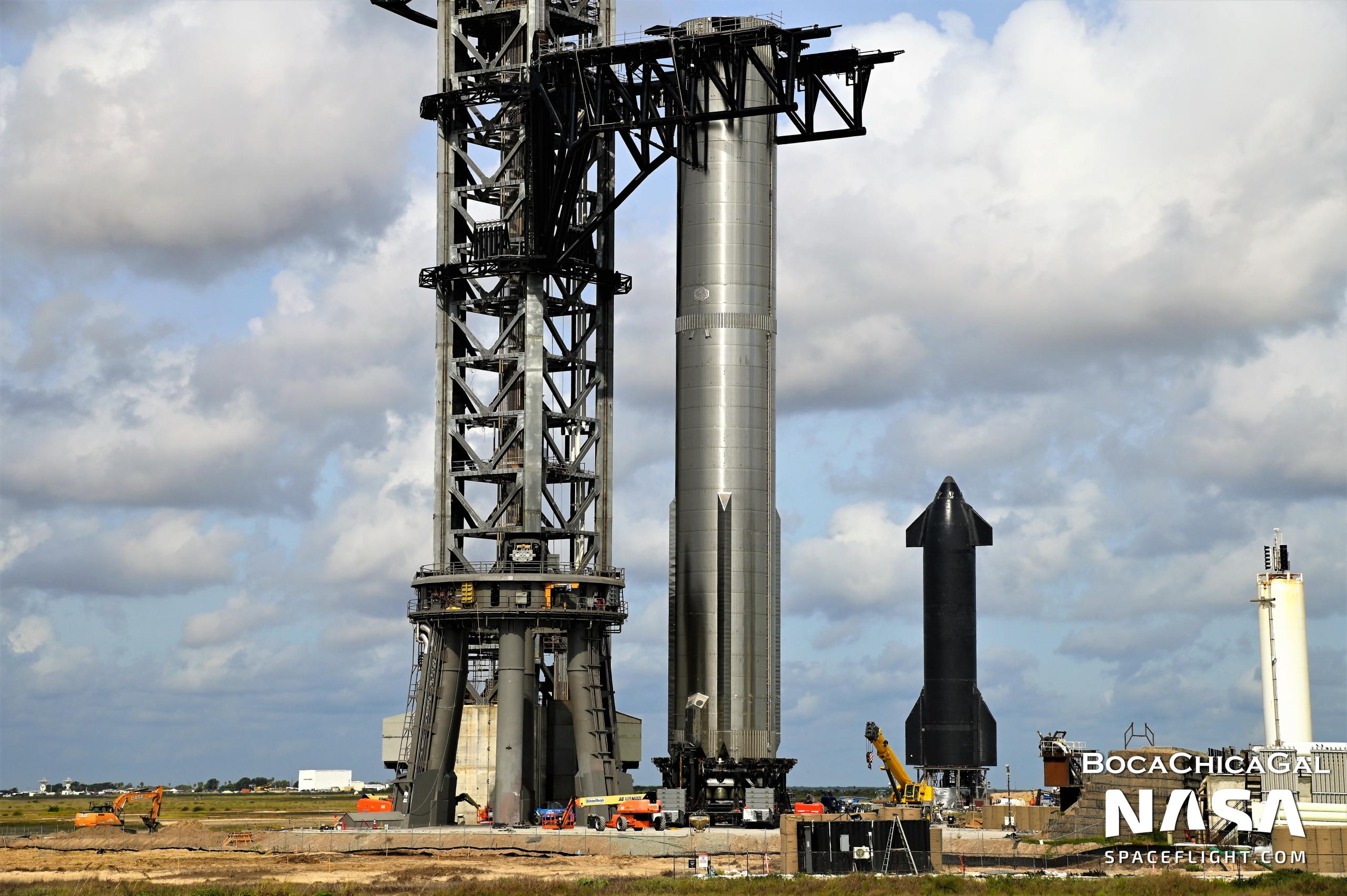 For the fifth time in five months, SpaceX has transported its most advanced Starship booster prototype from the Starbase factory to the launch pad, setting the stage for another round of testing.

Super Heavy Booster 7 (B7) returned to the factory for the fourth time on August 12th after becoming the first prototype of any kind to perform a static fire engine test while installed on SpaceX’s orbital Starship launch mount. In the days prior, the booster completed two back-to-back static fire tests with one of the 20 Raptor engines installed on the rocket, both of which apparently gave SpaceX enough confidence to prepare for the next phase of testing.

That relatively cautious progress only came after SpaceX attempted to test all 33 of the prototype’s Raptors at once during its first engine test. Whether it was the fault of overzealous managers or executives or a genuine oversight is not clear, but the combined behavior of Super Heavy and the orbital launch pad was not properly characterized before testing began. As a result, the cloud of flammable gas the rocket released during its attempted 33-engine ‘spin-prime’ test found an ignition source and violently exploded on July 11th, causing damage throughout Booster 7’s aft engine section that required several weeks of repairs between July 15th and August 6th.

When the Super Heavy rolled to the pad for the fourth time on August 6th, it was missing all 13 center Raptors, leaving only the outer ring of 20 Raptor Boost engines partially installed for the tests that followed. Thankfully, things went much better on the second try and Booster 7 completed two spin-prime tests with a single Raptor engine, followed by two successful static fire tests on August 9th and 11th. The latter test was the longest Starbase static fire ever (by a factor of ~3) and lasted about 20 seconds, allowing SpaceX to test Booster 7’s autogenous pressurization. That system pressurizes Super Heavy’s tanks by turning small quantities of cryogenic liquid propellant into gas, ensuring that its tanks remain stable as they’re rapidly drained of thousands of tons of propellant.

On August 12th, Booster 7 returned to the factory, where workers installed the rocket’s 13 center engines for the second time. Booster 7 headed back to the orbital launch site (OLS) on August 23rd and the pad’s robotic launch tower used a pair of arms to lift the rocket off its transport stand and place it on the launch mount by the end of the day.

In addition to readying Booster 7 for its next phase of static fire testing, teams of SpaceX workers took advantage of the unplanned lull in testing to modify the orbital launch mount. It’s impossible to know what exactly was done without official confirmation, but it’s likely that SpaceX was attempting to quickly fix the shortcoming(s) that allowed the July 11th explosion to happen. Without a fix, it’s unlikely that SpaceX would want to proceed with plans to ignite large numbers of Raptor engines simultaneously – a series of tests that must be completed before Starship can safely attempt its first orbital launch.

It’s unclear what exactly that fix entails, but it could involve a system to constantly flood the engine section with fire-stopping nitrogen gas or potentially take the shape of a system of vents that will connect to every Raptor engine and remove methane gas before it can turn into flammable clouds.

It’s possible that Booster 7 has returned to the launch pad solely for fit checks or some other basic proof-of-concept testing. It’s also possible that the returns signifies that SpaceX is confident in its quick launch mount fix and ready to restart static fire testing.

As Booster 7 prepares for that next phase of testing, SpaceX may also be ready to restart static fire testing with Starship S24, which paused shortly before Super Heavy returned to the factory. SpaceX appears to be modifying the suborbital launch mount and test stand Ship 24 is installed on, which could explain the lack of ship testing since August 11th. SpaceX has 12-hour test windows tentatively scheduled on August 24th and 25th, either of which could be used to test either or both prototypes.

If all goes to plan, Ship 24 and Booster 7 will eventually complete all the qualification testing SpaceX can throw at them and be ready to support Starship’s first orbital launch attempt sometime before the end of 2022.