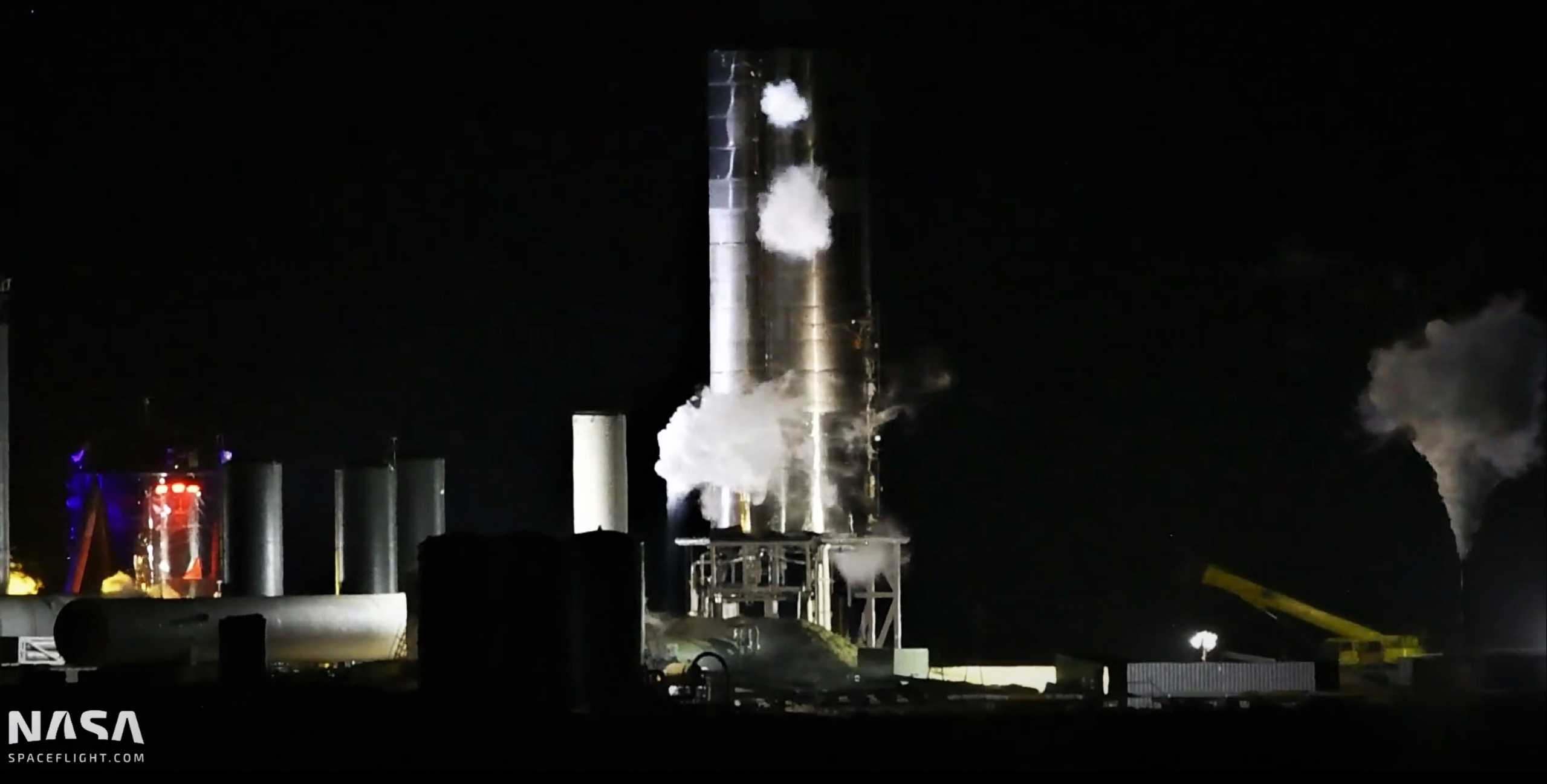 SpaceX has been unable to catch a break in the last few weeks and CEO Elon Musk says that a Starship Raptor engine test was delayed twice in one day by minor hardware bugs and damage caused by Hurricane Hanna.

Although it quickly devolved into a tropical storm and largely missed the southernmost tip of Texas, where SpaceX has built its Starship factory and test facilities, Hanna caused significant damage just a few dozen miles to the north. Above all else, the flooding caused by Hanna has by far been the worst part of the storm. Boca Chica managed to dodge the bulk of that element but was still hit by heavy rain that lasted for a day or two, drenching everything that wasn’t covered and nearly flooding the only access road.

According to Musk, an unspecified “connector” related to Starship SN5 or the pad supporting it was damaged by Hanna’s glancing encounter with SpaceX’s facilities. The connector was ultimately fixed around 7-8 pm CDT per unofficial webcasts showing technicians working around the rocket after they returned to the pad, but SpaceX’s test window technically closed at 8 pm CDT (01:00 UTC).

Nevertheless, SpaceX must have been able to work with local sheriffs to extend that road closure into the night, and – as promised by CEO Elon Musk – testing restarted around 9:30 pm CDT. About an hour and a half later, Starship SN5 appeared to make it all the way through a partial wet dress rehearsal before its Raptor engine test fire was aborted a second time. Based on four static fires completed by Starship SN4 in May 2020, the rocket could have been just a few minutes away from ignition.

According to Musk, Starship SN5’s fuel (methane) “spin valve” – presumably a valve that opens to allow methane gas to spin up Raptor’s fuel turbopump – failed to open when it was supposed to. To ensure Raptor’s health after three inactive weeks spent installed on Starship out in the elements, SpaceX likely planned what is known as a “spin prime” test directly prior to the static fire. If Raptor successfully spun up its turbopumps, SpaceX would proceed directly into static fire operations without having to detank Starship.

During SN5’s second July 27th static fire attempt, Raptor was unable to start that spin prime test, forcing SpaceX to stand down to diagnose and fix the problem. Musk says that SpaceX will attempt to static fire Starship SN5 again tomorrow (July 28th) – assuming the issue can be quickly rectified.

Musk further noted that some “odd…behavior” was observed in the hydraulic pump powering Raptor SN27’s thrust vector control (TVC). Used to steer a rocket engine, Raptor doesn’t technically need functioning TVC to perform a static fire test on the ground, but it’s an issue that will have to be completely fixed before Starship SN5 is allowed to attempt its first flight test. If July 28th finally sees SN5 successfully ignite its Raptor engine, there’s a chance – however slim – that SpaceX will be able to turn the Starship around for its first hop just a few days later.