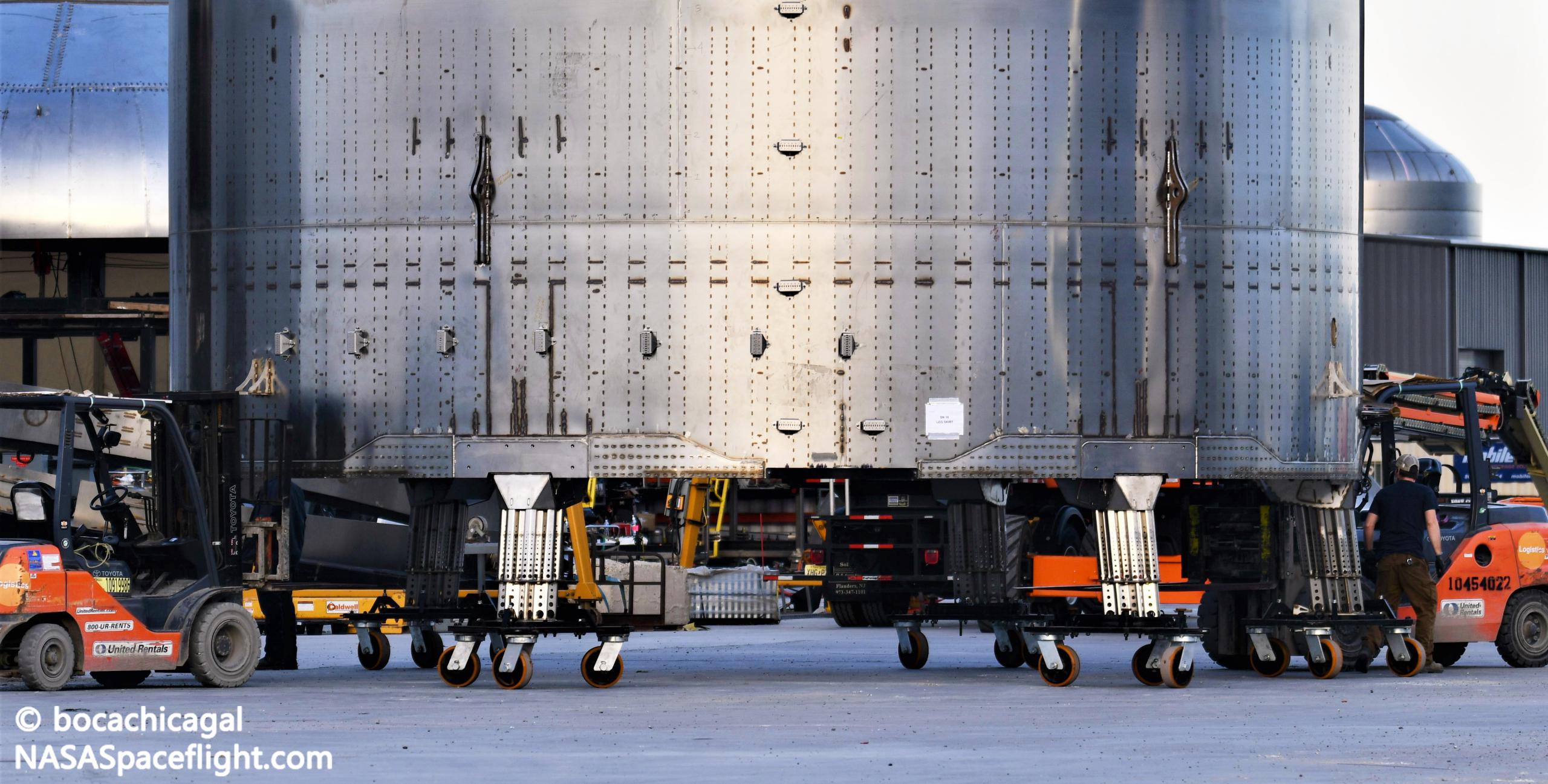 After new official Starship renders appeared to include the first view of an upgraded landing leg design, a SpaceX fan and digital artist took it upon themselves to sketch out what those new rocket legs might look like.

For almost a full year, SpaceX CEO Elon Musk has been talking about a need for upgraded Starship landing legs and the challenges posed by that seemingly straightforward goal. Now, after Starship SN10 narrowly became the first prototype to land in one piece, and do so in spite of malfunctioning legs, a new design capable of significantly improving reliability, stability, and toughness has likely become a front-and-center priority.

Notably, during SN10’s spectacular landing, at least two or three of the Starship’s six flip-out landing legs failed to properly deploy, leaving just a half to two thirds of the legs needed to fully withstand the momentum of a Starship landing. Starship SN10 didn’t make it easy on those remaining legs, either, and was still traveling at least 15-20 mph (6-8 m/s) at touchdown. As a result, Starship crushed those legs into oblivion, leaving the rocket more or less resting on its skirt with no more than a few inches of ground clearance, if anything.

About eight minutes later, the prototype violently depressurized, producing a massive fireball as any remaining propellant flashed into gas and ignited. It’s unclear if that post-landing explosion was caused – in part or full – by SN10’s landing leg failures or if the rocket was more or less doomed before touchdown by some other technical bug. Regardless the flight test was still a spectacular and historic success for SpaceX, while simultaneously shedding light on shortcomings that can be addressed with Starship SN11 and beyond.

As it turns out, mere hours prior to Starship SN10’s successful launch, landing, and self-destruction, a series of new, official SpaceX renders released as part of an update for a private Starship launch around the Moon may have revealed the latest glimpse of an updated landing leg design.

Notably, the updated design – at least insofar as Erc X’s concepts are within the vicinity of the ground truth – is reminiscent of an earlier leg concept SpaceX revealed in April 2020 as part of a NASA announcement. Around that time, SpaceX – third fiddle to Dynetics and a Blue Origin-led team – won funds to begin the process of designing and building a Starship variant capable of landing NASA astronauts on the Moon in the mid-2020s.

As the fan renders show, there are many different possible landing leg configurations that could feasibly fit into the curious trapezoidal shrouds visible on SpaceX’s latest official Starship renders. Knowing SpaceX and its CEO, it’s also possible – if not likely – that these latest renders are already months old and one or several versions outdated.