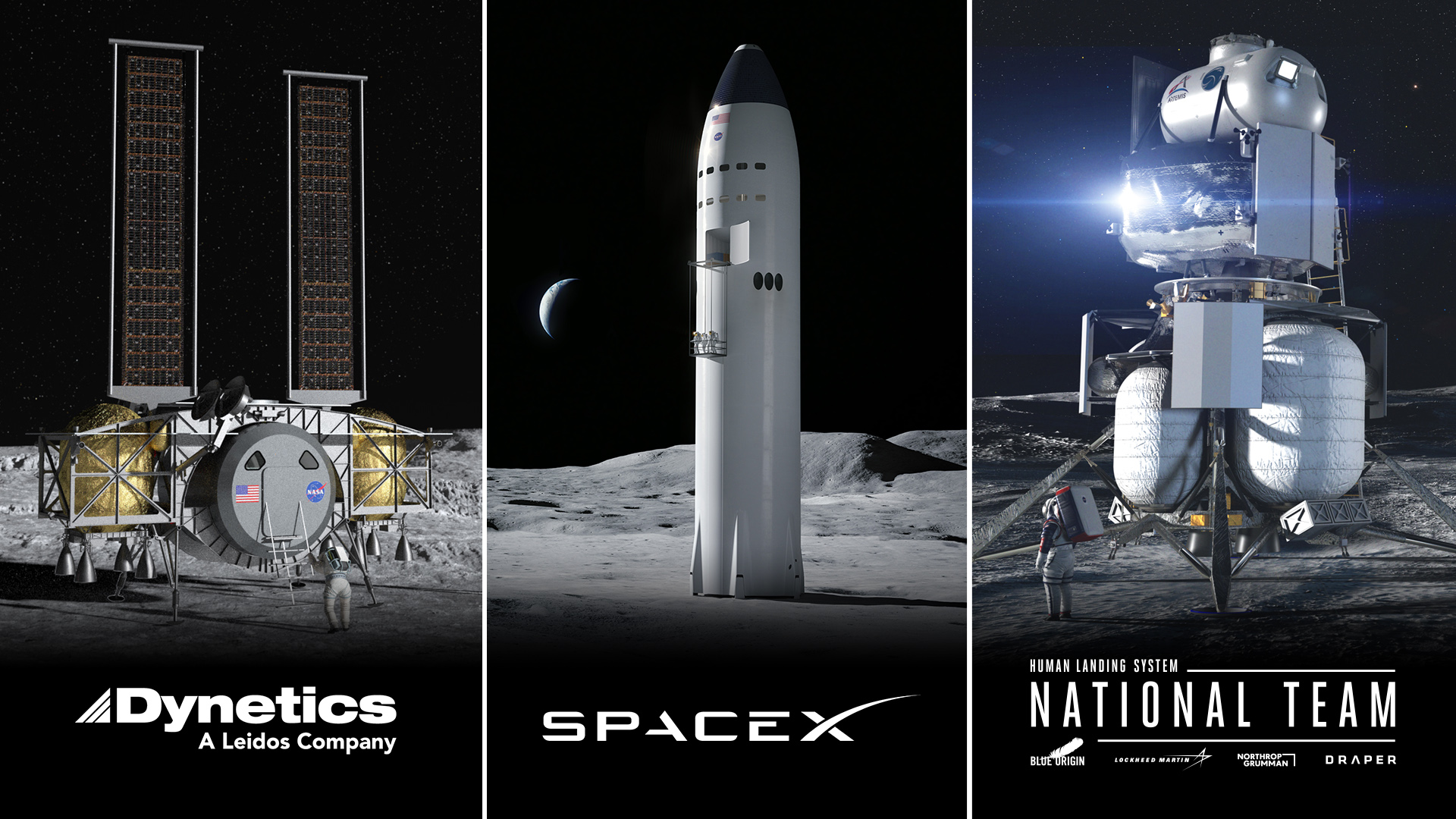 Pictured on the left, SpaceX's lunar Starship is a customized version of the baseline ship meant to land NASA astronauts on the Moon. (SpaceX)

A variant of SpaceX’s Starship spacecraft optimized to land NASA astronauts on the Moon has passed the space agency’s first review alongside competing teams lead by Blue Origin and Dynetics.

Aside from reiterating the fact that NASA is drawing heavily from its experience with the Commercial Crew Program (CCP), the completion of “certification baseline reviews” for Blue Origin, Dynetics, and SpaceX’s proposed lunar landers is a significant step forward for the Human Landing System (HLS) and Artemis programs. According to NASA’s official HLS “Broad Agency Announcement” or BAA, providers must submit a vast amount of paperwork and data to pass the certification baseline review (CBR).

NASA’s acceptance criteria for CBR documentation is about as general as the space agency gets, requiring providers to demonstrate at least a basic level of maturity and expertise. Like the name suggests, it sets a baseline from which NASA and SpaceX, Dynetics, and Blue Origin’s National Team will hone in on challenges and concerns specific to each system. SpaceX’s proposal is almost certainly unique, however, given that the company is the only one anywhere close to performing actual flight tests of a (relatively) similar system.

The main goal of NASA’s initial funding is to extensively characterize and understand the capabilities and characteristics of each proposal and the likelihood that each vehicle will actually be ready to land humans on the Moon by the end of 2024. The next major HLS milestone will be what the space agency calls a “continuation review,” in which NASA will likely downselect to one of the three landers above. Administrator Jim Bridenstine says that NASA may decide to proceed with more than one provider but the strong implication is that only one will exit the ~December 2020 continuation review with future funding.

For SpaceX, it appears that the company will almost certainly field an orbit-capable Starship and Super Heavy booster with or without external help. At this point in the program, it would take a major upset for SpaceX not to be ready to start orbital Starship launch attempts in 2021. To an extent, SpaceX has proven through Falcon 9, Falcon Heavy, and Crew Dragon that it’s capable of developing reliable, reusable, industry-leading rockets and spacecraft several times more cheaply than its closest competitors.

To build a Starship safe and reliable enough that SpaceX can convince NASA to land astronauts on the Moon with it, the company will effectively have to prove that it can cut the cost of rocket production by another factor of five or ten. Time will tell where NASA’s HLS cards fall just a few months from now.