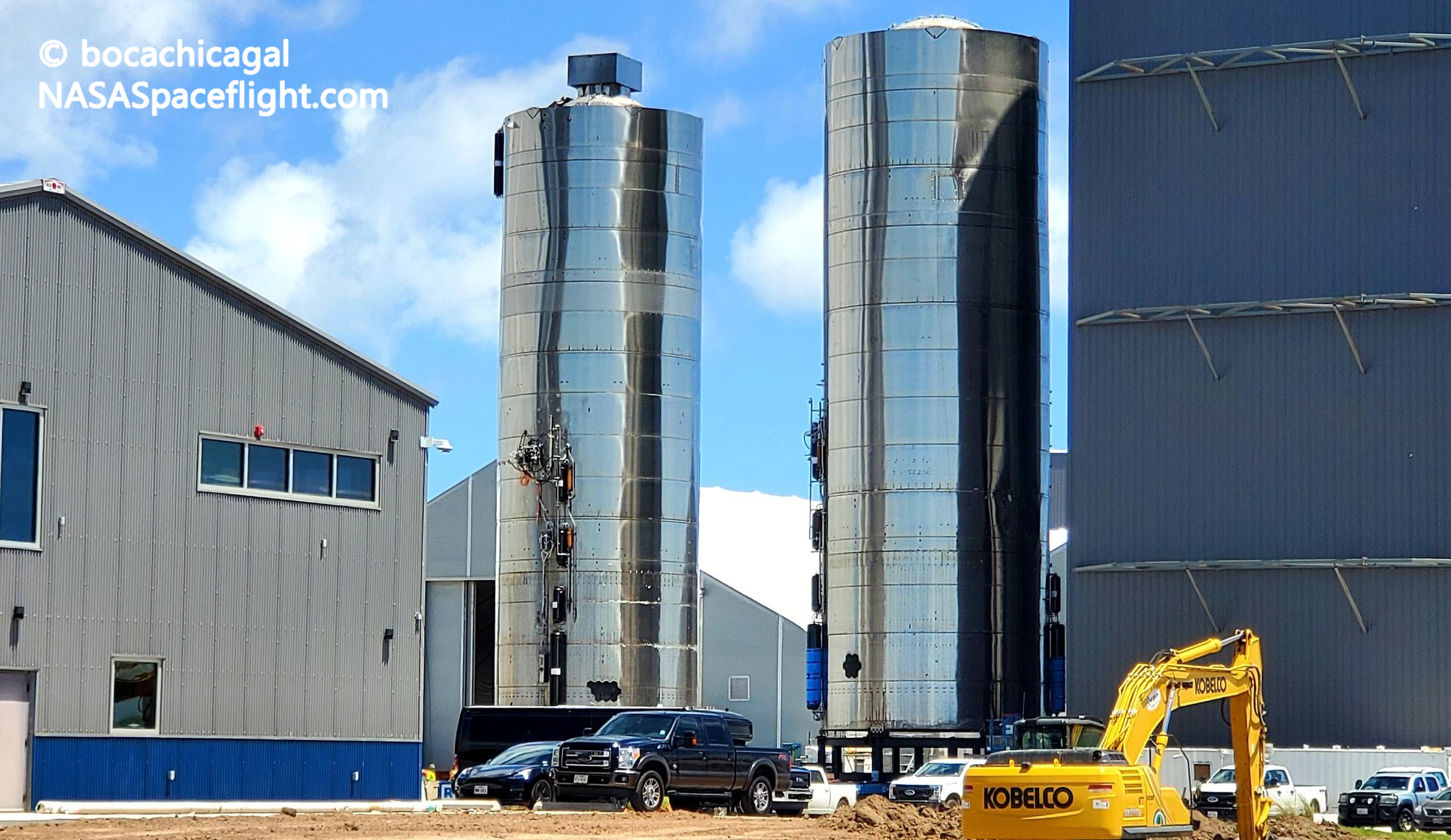 SpaceX has swapped two almost identical Starships in preparation for the next hop test. (NASASpaceflight - bocachicagal)

SpaceX is swapping two almost identical Starships to allow for the first flight-proven prototype to be repaired while wasting no time preparing for the next Starship hop test.

Known as Starships serial number 5 and 6 (SN5/SN6), the twin prototypes were built more or less simultaneously and completed within a few weeks of each other. Due to a number of delays largely unrelated to Starship SN5 itself, the rocket’s test campaign suffered several weeks of delays, giving SpaceX’s production team plenty of time to complete sister ship SN6 well before it was needed. For a time, it wasn’t even clear if SN6 had a future, given comments made by CEO Elon Musk that the next full-scale prototype – Starship SN8 – would be a significant upgrade, potentially making SN6 redundant.

However, on August 3rd, SN5 stunned with what appeared to be an almost flawless Starship hop debut. The success confirmed that the design – while likely outdated upon SN8’s arrival – was still more than satisfactory for low-altitude, low-velocity flight tests. In the afterglow of a milestone ~18 months in the making, Musk almost immediately revealed that SpaceX’s next goal was to perform hop test after hop test until Starship flight operations are more or less routine. Today’s transport operations mean that that multi-hop test campaign could be right around the corner.

In line with additional information conveyed by Musk a few days after SN5’s hop debut, SpaceX has transported Starship SN5 back to nearby production facilities and quite literally traded places with Starship SN6 in a vertical assembly hangar.

Right on schedule, SpaceX also transported Starship SN6 to the launch pad on the same day as Starship SN5’s factory return. If most of Starship SN5’s testing delays were primarily related to the significant repairs and upgrades made to the pad’s ground support equipment after SN4’s destructive explosion and the launch mount – a steel structure that supports, powers, and fuels Starships – is mostly unscathed after SN5’s hop debut, Starship SN6 could have a much smoother path to testing.

SpaceX has already begun outfitting the launch mount with a hydraulic ram device used to simulate the thrust of a Raptor engine by mechanically stressing a Starship’s thrust structure. That confirms that SpaceX will test Starship SN6 much like the last few prototypes to reach the pad, beginning with an ambient temperature leak test and a cryogenic proof test with liquid nitrogen and Raptor thrust simulation. Once completed, SpaceX will install one Raptor engine on the Starship prototype and proceed into the wet dress rehearsal (WDR) and static fire phase of testing.

Based on Starship SN4’s test campaign, SN6 could kick off its first cryogenic proof test just four days after the rocket is transported to the launch site, followed by a Raptor static fire just a week or so later.