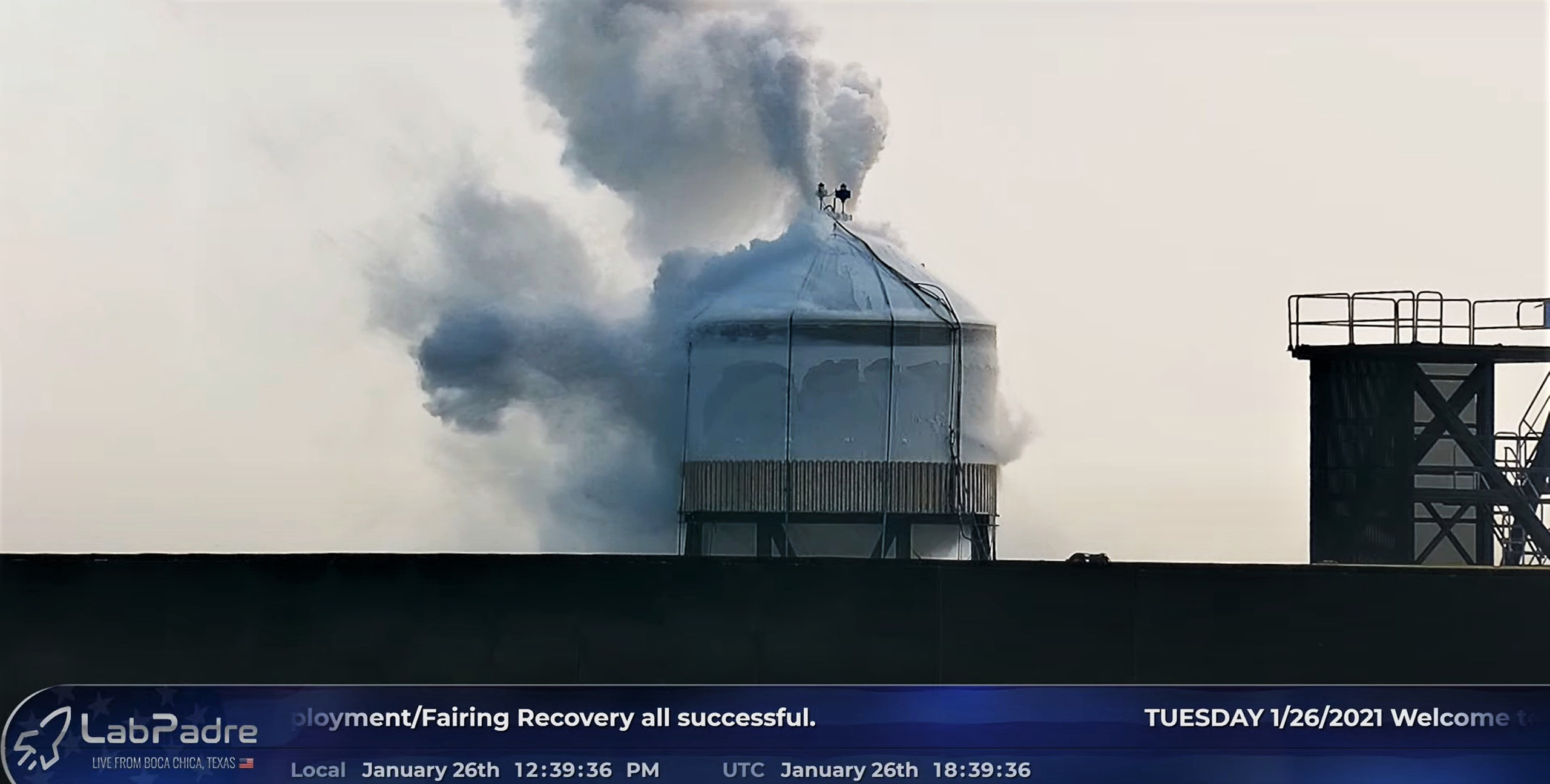 Delayed by a lack of FAA approval for unknown reasons, Starship SN9’s 12.5-kilometer (7.8 mi) launch debut (virtually identical to SN8’s 12.5 km launch last month) is in limbo pending an “FAA review” according to Musk. SpaceX thus found itself with at least 24 hours of guaranteed inactivity for Starship SN9, time the company rapidly chose to fill with crane transportation and, more importantly, the first Starship ‘test tank’ stress test in months.

Known as Starship SN7.2, SpaceX’s latest ‘test tank’ is the third to carry the SN7 moniker and appears to have been built primarily to test refinements to the rocket’s structural design. Following test tanks SN7.0 and SN7.1, both used to qualify the use of a new steel alloy on an otherwise unchanged design, SN7.2 – likely built out of the same alloy – is instead focused on determining if SpaceX can begin trimming the margins of an increasingly mature technology.

Curiously, SN7.2 is a sort of fusion of its predecessors: combining the stout stature of SN7.0 with SN7.1’s use of an aft thrust dome, but without SN7.1’s Starship-style skirt (the three rings at its bottom). Welded directly to its black test stand, it’s unclear why SpaceX chose to give SN7.2 a thrust dome, given that the thrust of Raptor engines can only be simulated with hydraulic rams if the tank is installed on one of two Starship launch mounts.

Regardless, whether SpaceX actually tests that aspect of SN7.2, the tank’s most important task is determining if future Starships (and perhaps Super Heavy boosters) can be built out of thinner, lighter steel rings. Its domes appear to be identical to past ships but writing on the exterior of the tank strongly implied that its three rings were built out of 3mm steel rather than the 4mm sheets that have made up every Starship built in the last 12 months.

SpaceX began loading the thin-skinned tank with liquid nitrogen (used to simulate cryogenic propellant without the risk of an explosion) around 9am CST and spent around three hours performing an “initial pressure test.” It’s unclear what that test entailed but it most likely involved raising the tank’s internal pressure to levels achieved by SN7.0 and SN7.1 Musk has previously said that that 6 bar was the bare minimum necessary for orbital flight, translating to 7.5-8.5 bar to achieve an industry-standard safety margin of 25-40%.

Depending on when SpaceX is allowed to launch Starship SN9, the company’s next test could involve pressurizing SN7.2 until it bursts, determining if the tank’s thinner skin substantially impacts its performance as a pressure vessel.