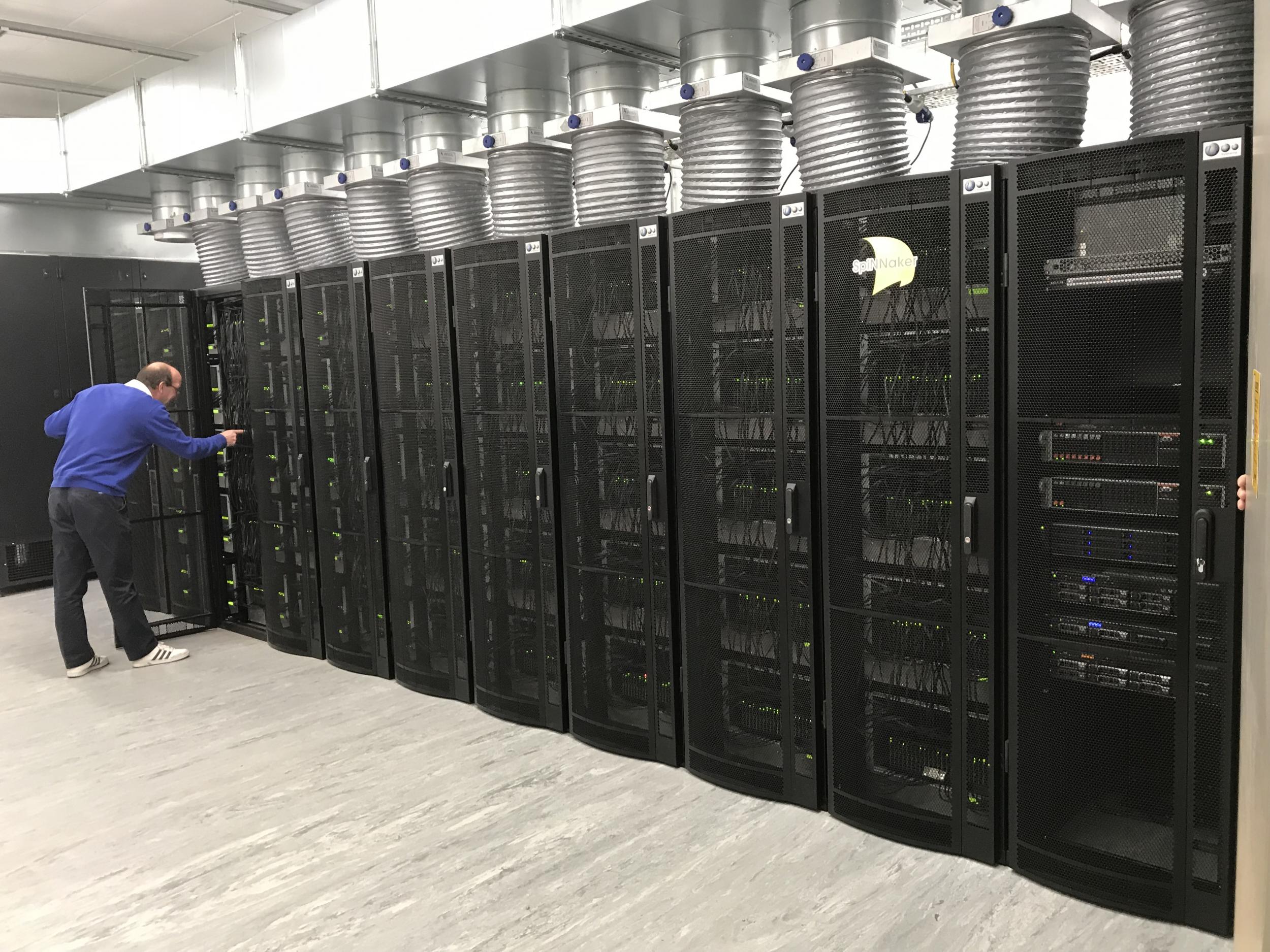 The SpiNNaker computer is designed to mimic the human brain. | Credit: University of Manchester

A giant supercomputer built by the University of Manchester is now ready to start running real-time simulations of regions of the brain. Named SpiNNaker (Spiking Neural Network Architecture), this machine operates via a “massively parallel” computing platform, meaning it sends small bits of information to multiple destinations at the same time, just like the brain. The machine took 12 years of construction and over $15 million dollars of investment to complete.

Using an architecture of approximately one million core processors, 7 terabytes of RAM, 57,000 nodes, and a custom interconnect fabric, SpiNNaker is capable of 200 trillion steps per second. For the sake of speed consideration, one of the fastest processors on the market today is the Intel i7, 9th Generation. With 8 cores operating at a maximum of 5 billion steps per second each on a top gaming computer with 32 gigabytes of RAM, the i7 is impressive. However, SpiNNaker’s million-plus cores and 7 terabytes of RAM puts it in an entirely different league altogether. Of course, the supercomputer also needs a decent sized room to hold it, reminiscent of the early days of computing.

As a large-scale biologically-inspired neural network, the machine’s technology can also be directed to research in robotics and computer science. An artificial intelligence robot named SpOmnibot is already using an adapted version of SpiNNaker’s architecture to navigate and interpret objects in its environment. Further, the University’s developers have held several public workshops to teach and assist those interested in using their research in their own projects.

By understanding how information is processed in the brain, insights can be gained for application-oriented engineering, i.e, biotechnology. This could include things like neuro-medical electronics, bio-sensors, and brain-machine interfaces. In other words, the better scientists can understand how the brain processes information, the better technology can be engineered to work with it.

While a true computer brain model would need a billion core processors running simultaneously, the million boasted by SpiNNaker will still provide significant insight for neuroscience research. Scientists can run large-scale simulations processing to gather more data in real time. Since the computer’s architecture works more like a brain than other computers, the results gathered will be able to provide new insight and a faster rate than before.