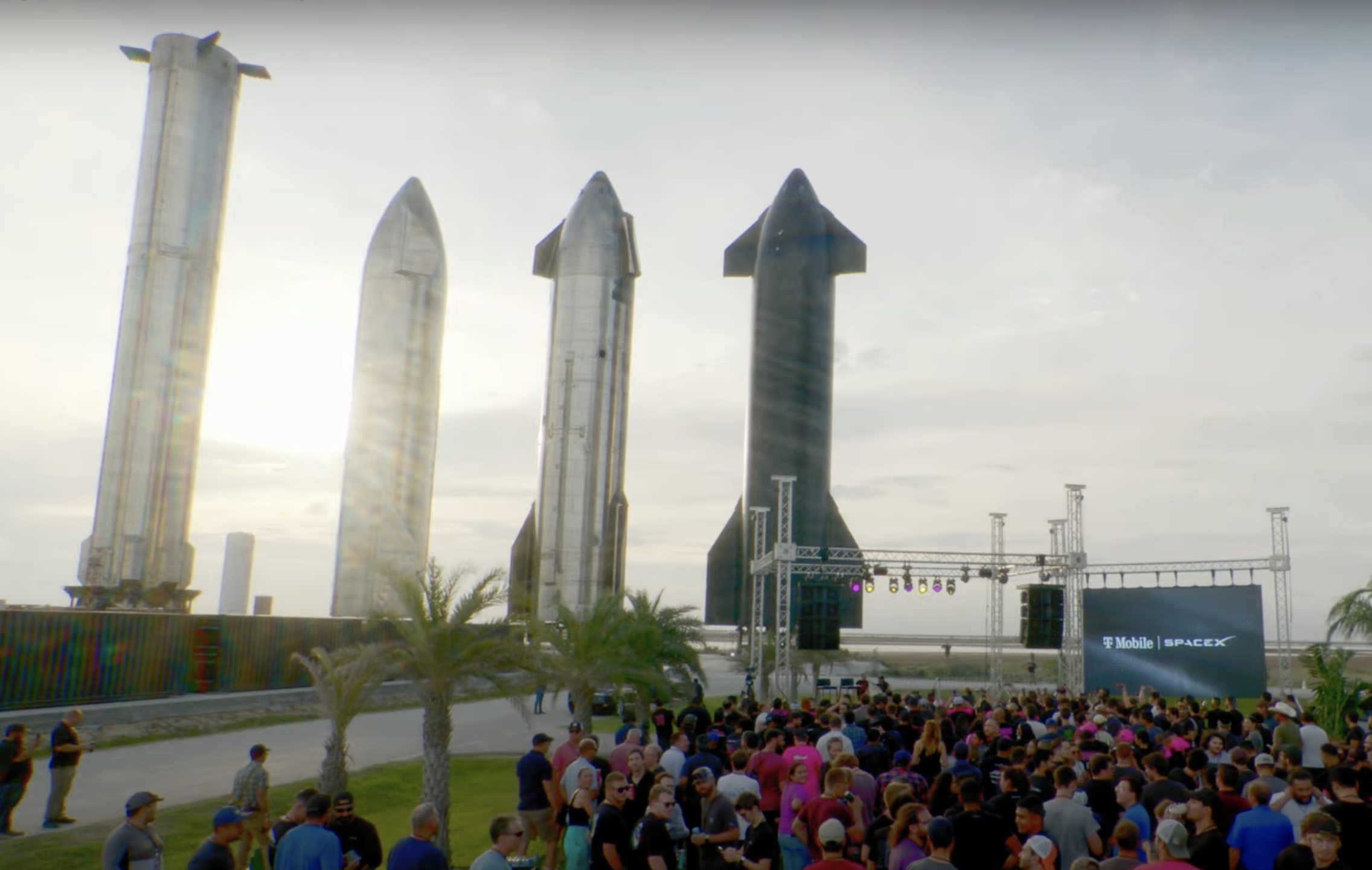 T-Mobile phones will be connected to SpaceX Starlink satellites late next year. T-Mobile CEO and President Mike Sievert announced Coverage Above & Beyond, a technology alliance between the T-Mobile and SpaceX.

“That is incredible because it’s a lot like putting a cellular tower in the sky, just a lot harder,” Sievert told the crowd at the SpaceX, T-Mobile event.

He explained that for the coverage a slice of T-Mobile’s mid-band PCS Spectrum would be integrated into Starlink satellites launched next year. Sievert explained that Coverage Above & Beyond will enter beta late next year, starting with text, MMS, and select messaging apps. T-Mobile will work further with SpaceX to expand the services in the future.

SpaceX and T-Mobile’s collaboration seeks to end mobile dead zones in the United States–and maybe even across the globe. Sievert also stated that it the company is seeking to work with carriers worldwide for the services. T-Mobile is calling on other carriers to offer reciprocal roaming with other carriers worldwide. Reciprocal roaming will allow U.S. citizen to stay connected in and out of the United States, and likewise for people abroad traveling to the country.

The best part about T-Mobile’s Starlink-connected service is the price. It will likely be free for T-Mobile’s most popular plans. For low cost plans that might not include Coverage Above & Beyond, T-Mobile expects to charge customers a monthly service fee. Sievert stated that the fee would cost far less than the fees charged by satellite connectivity services.

Teslarati reporter Johnna Crider talked to Elon Musk during her interview about  using Starlink services during natural disasters. “When we had Ida, my power was out for a week. When the hurricane hit, the communications and southeast Louisiana were completely wiped out. We were using–I forgot the name of the app but Cajun Navy uses it this app to rescue people,” she told Musk.

“Starlink would definitely help organizations like the Cajun Navy as well as others just to be able to communicate better especially with government [agencies, I meant to say]. And not just in my area but other areas, too. It would be cool to see something like that on a more–installed on your phone to keep people connected.” Crider added.

Elon Musk replied, saying: “Certainly one’s phone is capable of behaving at least as a short range walkie-talkie even if it’s not connected to the internet in anyway. We could basically create a WiFi bridge.”

During the SpaceX + T-Mobile update event, Elon Musk mentioned talked about the new service being helpful during natural disasters. “Even if an entire region or country was lost to connectivity because of a severe hurricane or floods or fires, or tornadoes…earthquakes–there are so many natural disasters obviously. Even if all cell towers were taken out, your phone would still work.”

Watch the full T-Mobile and SpaceX event below!