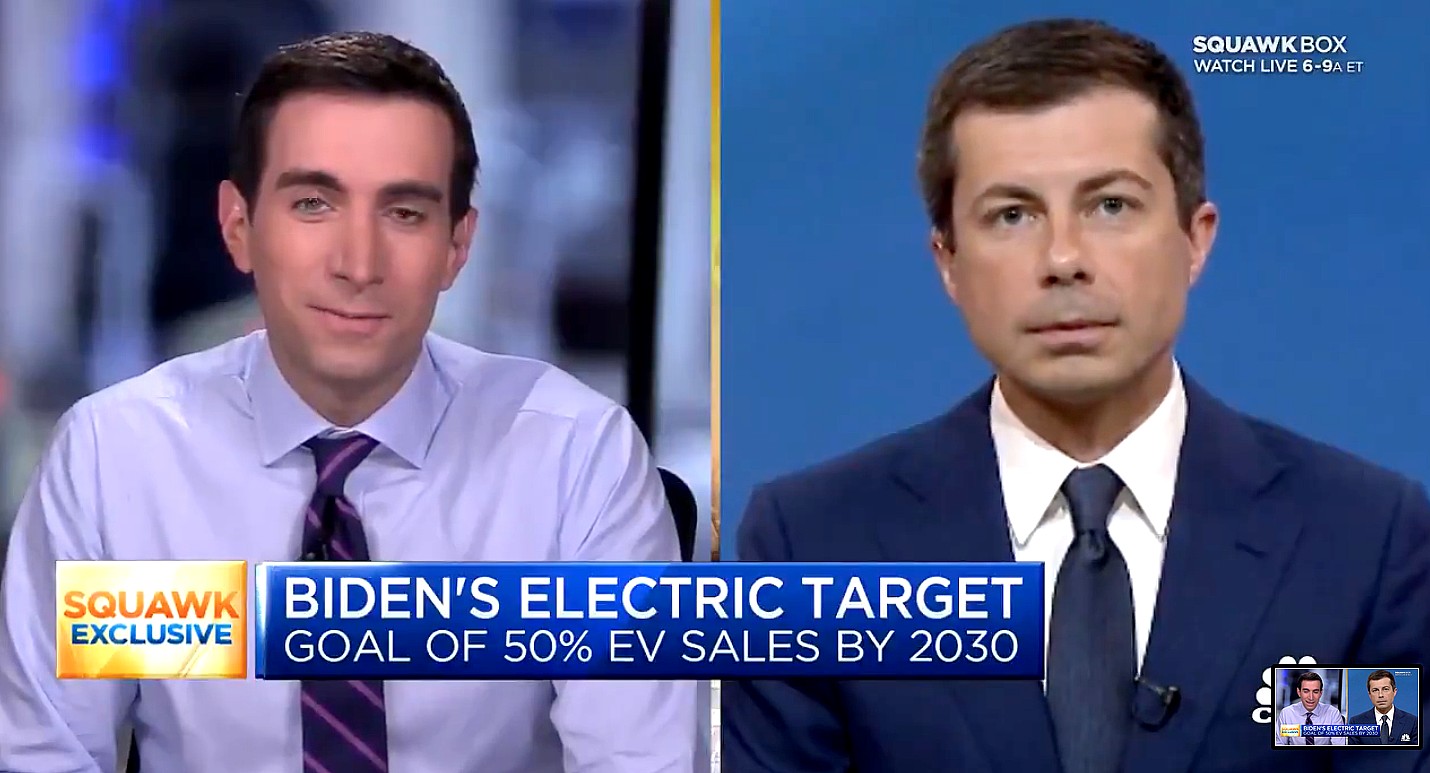 US Transportation Secretary Pete Buttigieg was recently questioned about Tesla’s rather evident absence at the White House’s upcoming electric vehicle event later today. The questions about Tesla’s absence were brought up while the US Transport Secretary was being interviewed in CNBC’s Squawk Box.

Yesterday, US President Joe Biden announced that the White House would be holding a special event for electric vehicles. Reports indicated that attendees of the event would include electric vehicle executives from General Motors, Ford, and Chrysler parent company Stellantis. The automakers are expected to pledge to increase their electric vehicle sales to 50% by 2030.

Considering that Tesla commands the majority of the US’ electric vehicle sector and the fact that the Model 3 has been dubbed as the Most American Car in the country today, the absence of the EV maker was very noticeable. Even Tesla CEO Elon Musk remarked on Twitter that it did seem pretty odd that Tesla was not invited at all. When asked about this issue, the Transport Secretary noted that he was not sure why Tesla was not invited, but he could say that there are many leaders now in the EV industry.

“I’m not sure. But what I know is that you are seeing so many leaders in the industry. You got newer companies, and you got the legacy companies that are both saying that we’ve got to move in this direction. The industry structure obviously is complex, and part of what’s exciting is to see some of the oldest, most traditional names in US auto manufacturing, and some of the newest companies on the scene, all acting in terms of the very core of their business to go electric.”

When asked about Musk’s comments, Buttigieg noted that the administration is excited to see momentum in the EV sector, even beyond the luxury segment.

“I haven’t seen that. But look, we’re excited to see all of the momentum for making sure that Americans can drive electric vehicles going into the future. And by the way, we’re also moving towards a future where this is all across the market. I don’t want there to be a perception that this is just a luxury thing, or that this is just for cars that you use to zip around cities. We’re talking about everything from the kinds of cars you see in the market already to pickup trucks getting more and more attention, and this is really the future we believe for the entirety of the American light-duty vehicle market,” Buttigieg said.

While there may be perfectly reasonable reasons why Tesla was not invited to the White House’s event later today, such as the fact that it does not need to pledge EV sales for 2030 because it’s a pure electric vehicle company already, the Transport Secretary’s comments could have phrased his answers better. By referencing luxury cars and EVs that are only good for cities, for example, Buttigieg almost gave the impression that he is not familiar with the current state of EVs at all, most especially those from the company making the Most American Car in the US today.