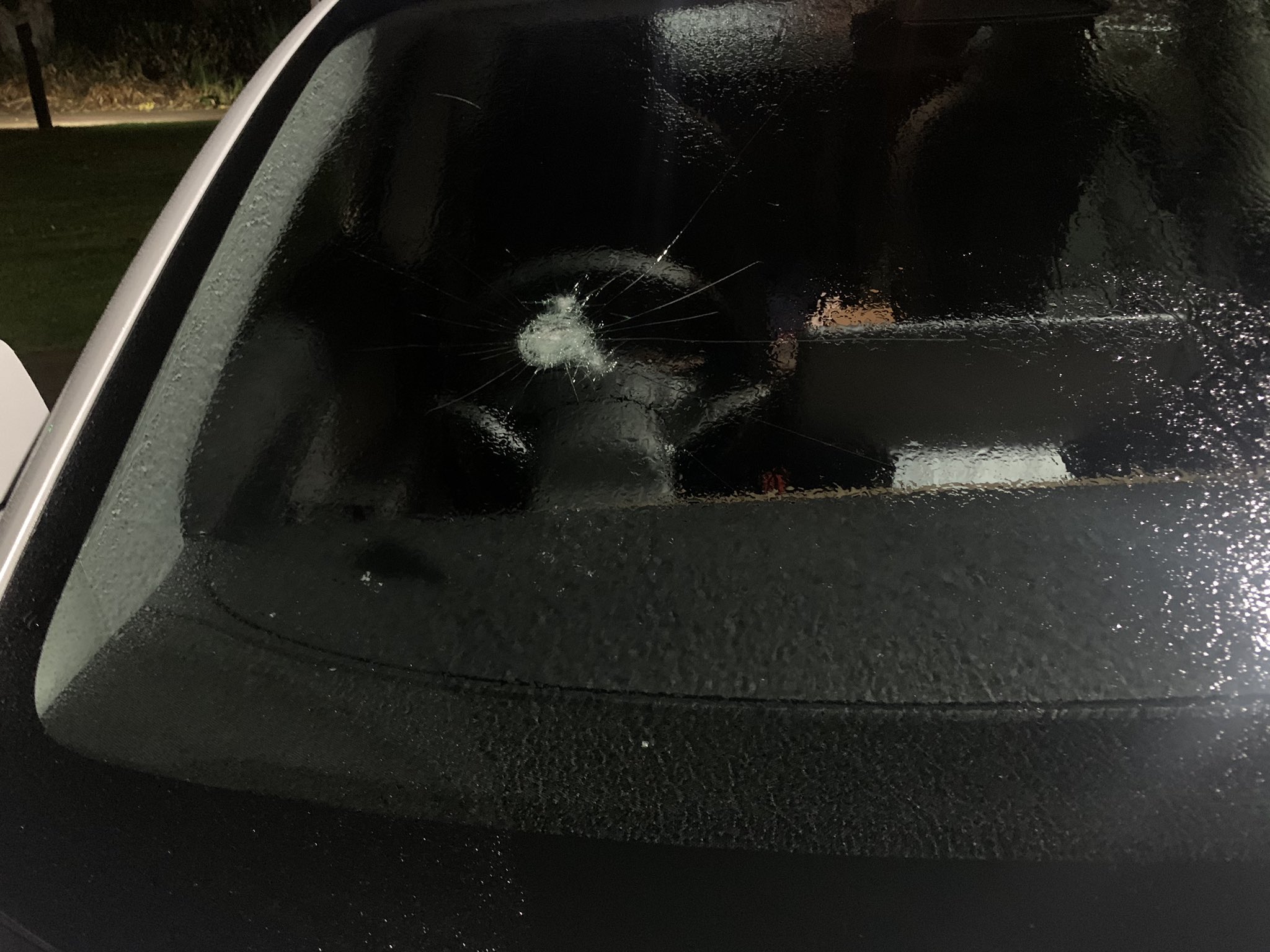 The infamous Cybertruck metal ball demonstration last November may be what comes to mind when one mentions Tesla and the word “glass,” but even the “non-armor” glass utilized by the company for its existing electric cars is already robust and durable. This was recently proven by Model 3 owner @GottfriedWebst1, who recently got up close and personal with a high-speed projectile while driving at night.

As noted by the Tesla owner in a Twitter post, he was driving on the A8 South Australia between KiKi and Coonalpyn when he crossed paths with a massive truck that was traveling around 110 km/h. The truck seemed to have hit a golf ball sized rock on the road, which ended up being launched towards the Model 3’s windshield. The projectile smashed into the glass right in front of the Tesla owner.

The impact was massive, with some glass fragments being thrown into the vehicle. Thankfully, the Tesla owner had his driving glasses on, and the Model 3’s windshield proved strong enough to prevent the projectile from breaching the glass. With adrenaline pumping, the Model 3 owner turned around and got the truck to stop. The truck driver proved apologetic once he saw the dashcam footage of the incident.

In following tweets, the Tesla owner noted that his Model 3’s glass proved stronger than the usual windshields of his past vehicles. The Model 3 owner noted that he had smashed into wedgetailed eagles at 90 km/h in the past, and the birds would go straight through his Kenworth truck’s windshield. With his recent experience in mind, it appears that Tesla’s regular glass is actually stronger than those used in some heavy duty trucks.

It should be noted that the Model 3’s glass is not the same Armor Glass that Tesla intends to use on the Cybertruck and the Semi. If Tesla’s “non-armor” glass is already capable of protecting its passengers from high-speed projectiles that would breach the windshield of a truck, then it’s quite exciting to estimate just how durable the Cybertruck’s glass would be when it comes to weathering real-world conditions.

Despite its “non-armor” designation, the Model 3’s glass is actually pretty durable. During safety tests with the Insurance Institute for Highway Safety (IIHS), for example, the all-electric sedan’s all-glass roof was able to resist over 20,000 pounds of force. The performance of the Model 3’s glass roof ultimately helped the vehicle achieve its perfect Top Safety Pick+ rating from the IIHS.