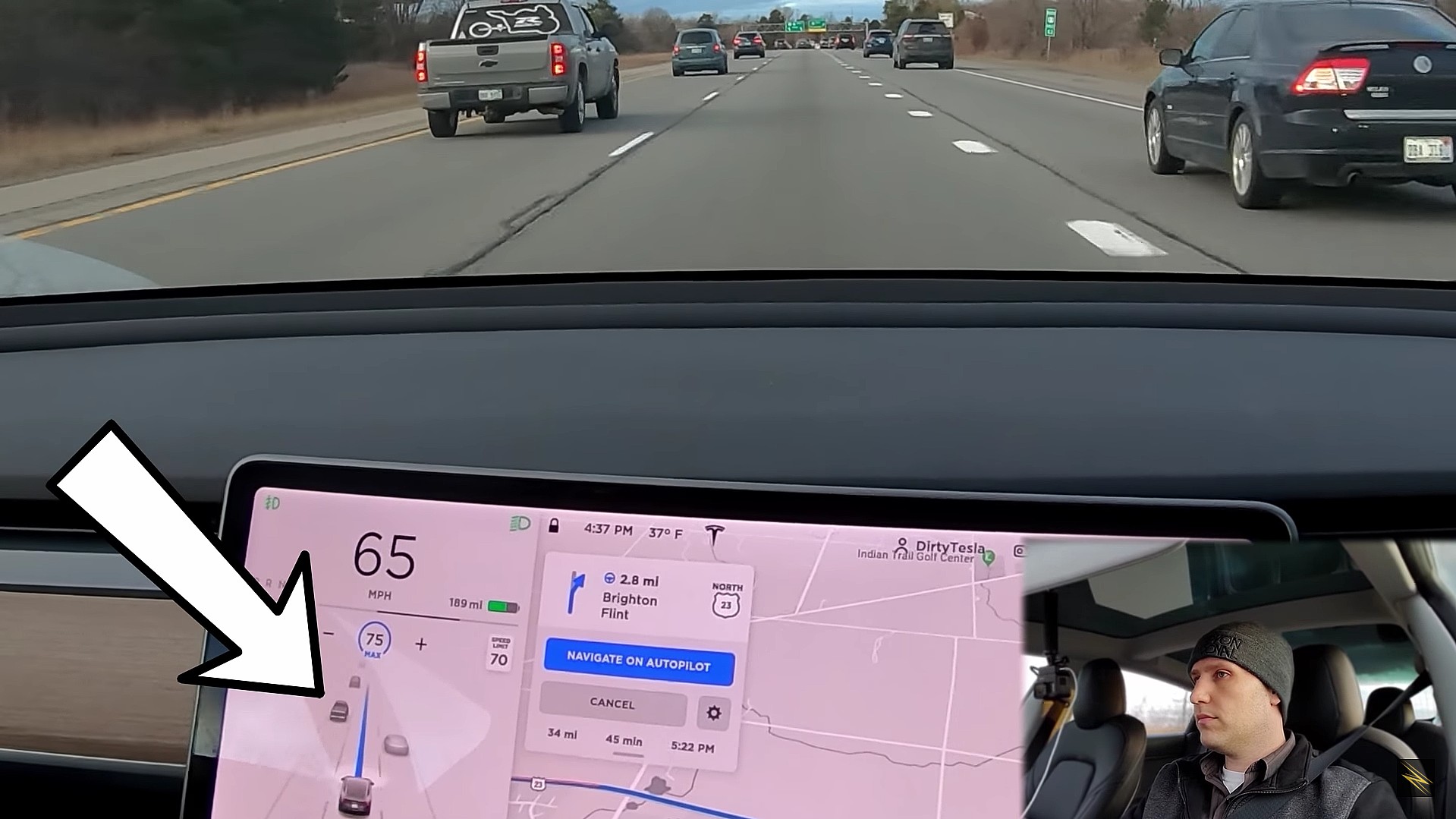 With the release of Tesla’s new 2019.40.2 software update comes a new “Adjacent Lane Speed Adjustments” feature that adjusts a car’s speed according to the pace of other vehicles on the road. Tesla owners whose vehicles are utilizing the company’s NVIDIA software processor are already receiving the new 2019.40.2 software update that includes improvements and fixes to existing software. New features that will benefit city driving, like Stop Sign Detection and Adjacent Lane Speed Adjustments, have also been added.

According to Tesla’s release notes for its most recent software update, Adjacent Lane Speed Adjustments will assist the driver in keeping pace with other vehicles in adjacent lanes.

“When your vehicle is moving at a significantly faster speed than vehicles in neighboring lanes, Autopilot now automatically reduces your driving speed. This is helpful in heavy traffic situations or when there is a long line of vehicles merging into a different lane or exiting onto an off-ramp. When your vehicle detects that adjacent lane traffic is significantly slower, the lane is highlighted with arrows and its vehicles are highlighted gray in the driving visualization. This speed adjustment can be temporarily overridden by pressing the accelerator pedal,” the description of the feature said in the 2019.40.2 release notes from Tesla.

When traveling at a speed significantly higher than vehicles in the lane over, the Driving Visualization feature on the dash screen will recognize the difference in speed. It will notify the driver by displaying small arrows on the road behind them, alerting them that their vehicle will slow down to create a more comfortable and safer driving environment. It could be advantageous to those utilizing automatic lane changes with Navigate on Autopilot.

In a way, this new feature is an upgraded version of Traffic-Aware Cruise Control (TACC) that was released with Software Version 6.1 in 2014. This feature automatically adjusted the speed of the vehicle based on the car directly in front. TACC would also automatically accelerate and decelerate as needed, a feature that was aimed at making Autopilot software safer for everyone driving. Five years after the release of this feature, Tesla vehicles will now adjust speeds according to cars in adjacent lanes.

Tesla’s addition of Adjacent Lane Speed Adjustments not only makes a safer environment on the road for drivers, passengers, and pedestrians everywhere, but it shows Autopilot and Full Self-Driving vehicles are making some strides towards eventual autonomy. Tesla’s goal of creating a driving experience for everyone on the road is becoming a reality, and CEO Elon Musk’s prediction of having the company’s Full Self-Driving suite be “feature complete” by the end of the year is becoming a very strong possibility. If this goal is met, the “feature complete” FSD suite will be rolled out to members of Tesla’s Early Access Program.

You can watch the Adjacent Lane Speed Adjustments feature in action, thanks to YouTuber Dirty Tesla, below.