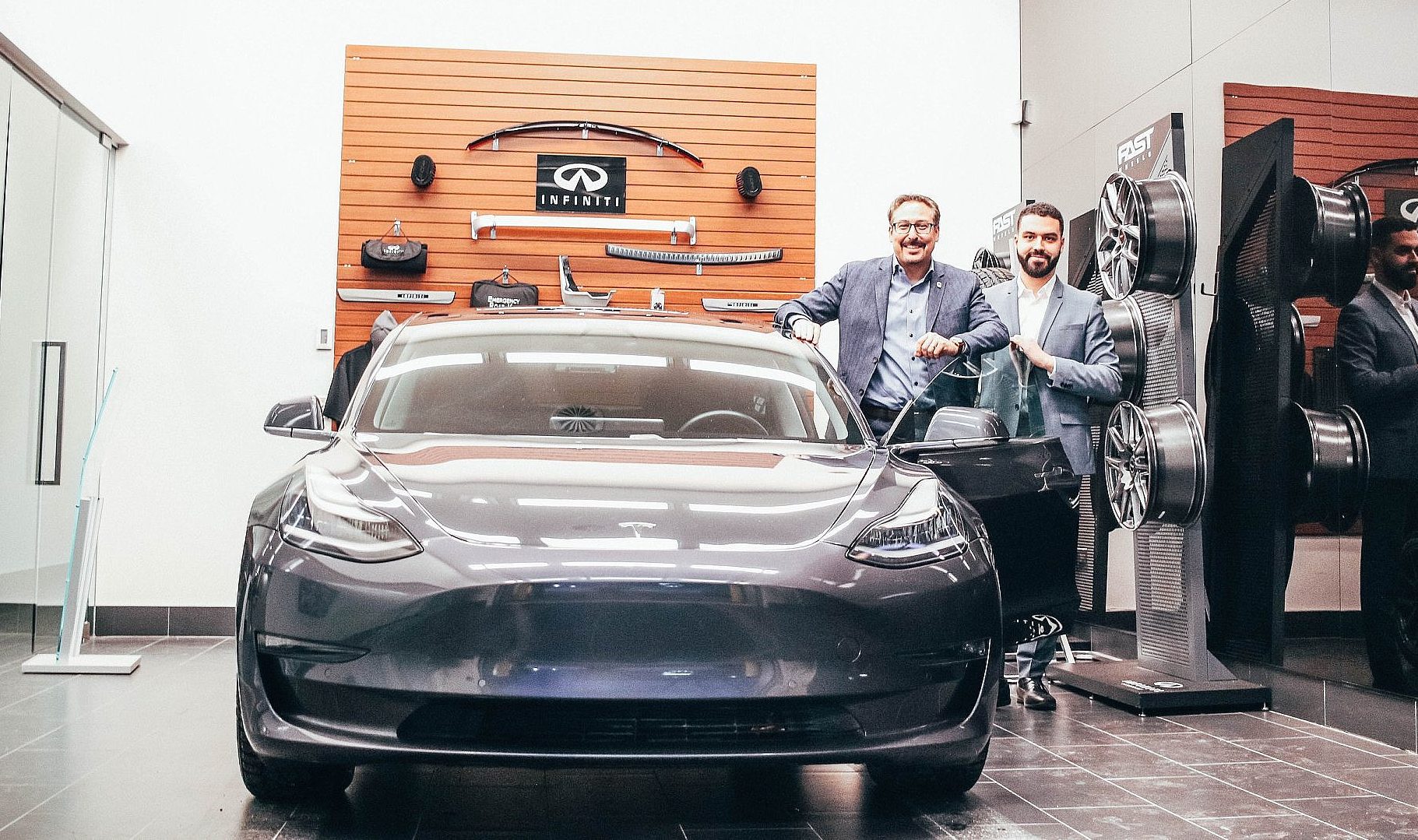 A Tesla Model 3 was delivered to a man in Quebec on behalf of an Infiniti dealership who could not sell the man an electric vehicle due to the lack of all-electric options from the Japanese automaker.

Mr. Steve Lussier, the Mayor of Sherbrooke, a city in Southern Quebec, has been a longtime customer of Infiniti, Nissan’s luxury brand. When Lussier went into the Infiniti de Sherbrooke dealership, he was looking for a sustainable option and requested an electric car. However, the sales associates informed him that there were currently no Infiniti vehicles that are exclusively battery-powered.

As a result, the sales team in the Sherbrooke dealership decided to order Lussier a used Midnight Silver Metallic Tesla Model 3 instead.

“Congratulations to Mr. Steve Lussier-Maire de Sherbrooke, for the acquisition of its new car, a TESLA MODEL 3!

“Loyal customer at Infiniti Sherbrooke for many years, he wanted to turn to an electric vehicle! As many electric models are expected by 2021 at Infiniti, we have found a solution in the meantime!

“Thank you for your continued trust, Mr. Lussier, and good road from the entire Infiniti Sherbrooke Team.”

The Infiniti dealership in Sherbrooke went above and beyond for the loyal customer, giving him a dependable and popular electric vehicle that’s as tech-focused as they come. What is perhaps the most interesting thing about this story, however, is the fact that the sales team at the dealership chose a Tesla vehicle over an electric car manufactured by Nissan, the parent company of Infiniti. Nissan currently has eight different electric vehicles in production, most notably the Leaf, a car that is available in sixty countries spanning four continents.

Infiniti is not due to release an electric car until 2021. The Nissan owned brand announced its plan to go electric in 2021 by producing its first battery-powered vehicles in China, according to a previous Reuters report. “China has the most growth potential for electric vehicles globally, especially in the premium segment,” Infiniti Chairman Christian Meunier said in a statement.

China seems to be the main focus of many manufacturer’s plans to produce electric cars. In fact, Tesla’s Gigafactory 3, located in Shanghai, is expected to produce somewhere between 500,000 and 750,000 vehicles a year. Tesla recently received its sales permit in China, and its parking lot is filling up with Model 3 vehicles that are ready to be delivered to Chinese citizens who have ordered the electric car.