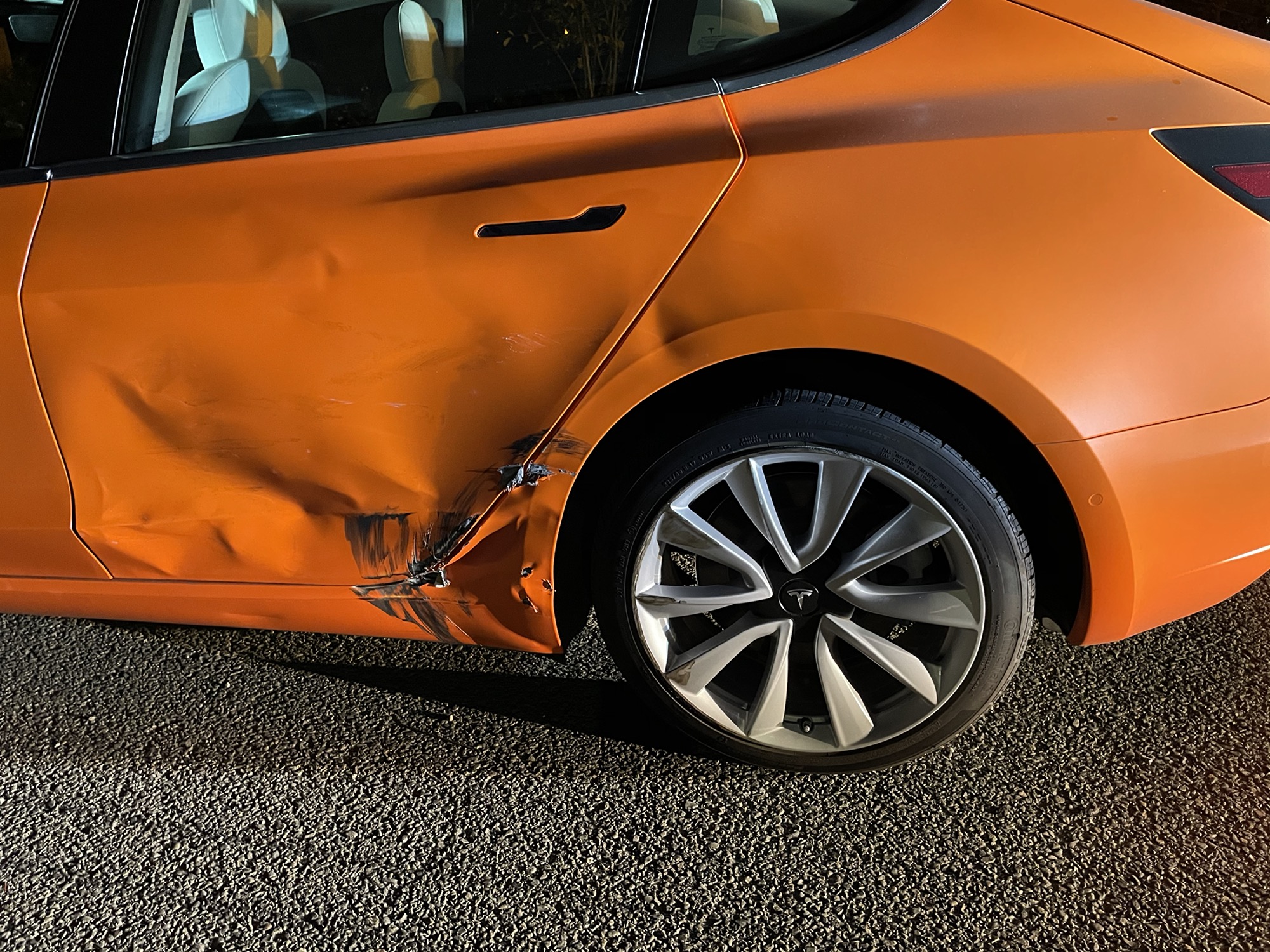 Hitting a Tesla will summon a self-pit maneuver

Teslas are among the safest cars on the road. This is proven by their stellar safety ratings among testing agencies such as the NHTSA and the Euro-NCAP. A good reason behind this is the vehicles’ low center of gravity, which is made possible by cars’ battery packs, which are low on the ground.

Batteries are heavy, and considering that Tesla’s electric cars are fitted with large battery packs, they also tend to get pretty hefty. The Model X, currently the largest vehicle in Tesla’s lineup, weighs over 5,000 lbs, and the Model 3, currently the smallest in the company’s lineup, is still a pretty heavy vehicle at around 3,500 to 4,000 lbs.

This means that a Tesla traveling on the road is at least a 3,500-lb chunk of metal that has a very low center of gravity. Couple this with Autopilot’s lane-keeping capabilities and one would have a very stable vehicle. A vehicle, which, as could be seen in a recently shared TeslaCam video, could cause what could very well be one of the most unfortunate failed pit maneuvers ever.

As noted by Redditor u/xeavalt, his friend, who owns a Model 3, was driving on a highway on Autopilot when he encountered a Nissan Sentra driving aggressively. Over the course of the short video, the Nissan could be seen rapidly approaching the Tesla from behind. The driver of the Sentra seemingly attempted to overtake the Model 3, but he ended up performing a pit maneuver instead.

Had the Model 3 been a light car, such a crash, especially at highway speed, would have caused something incredibly serious and perhaps even tragic. But fortunately for the Tesla owner, his Model 3’s weight resulted in the Nissan Sentra bouncing off the electric car before crashing into the highway barrier.

According to fellow Reddit user u/rorlover11, who owns the Model 3, his vehicle was on Autopilot during the time of the crash. Thanks in part to the driver-assist system’s lane-keeping capabilities, Autopilot handled the collision like a champ. The same was not true for the Nissan Sentra. In later comments, the Model 3 owner remarked that the Nissan’s driver was simply distracted, so it would seem that the failed pit maneuver was accidental.

Ultimately, the crash is a pretty solid reminder that it is hazardous to hit Teslas on the road. And when they are on Autopilot, hitting a Tesla is an even worse idea.

Watch the high-speed Tesla Model 3 crash in the video below.

What if our cars ᵏᶦˢˢᵉᵈ on the highway 👉👈 🥺 from r/IdiotsInCars

Have something you that you might want to be talked about our featured? Email us at [email protected].

Hitting a Tesla will summon a self-pit maneuver