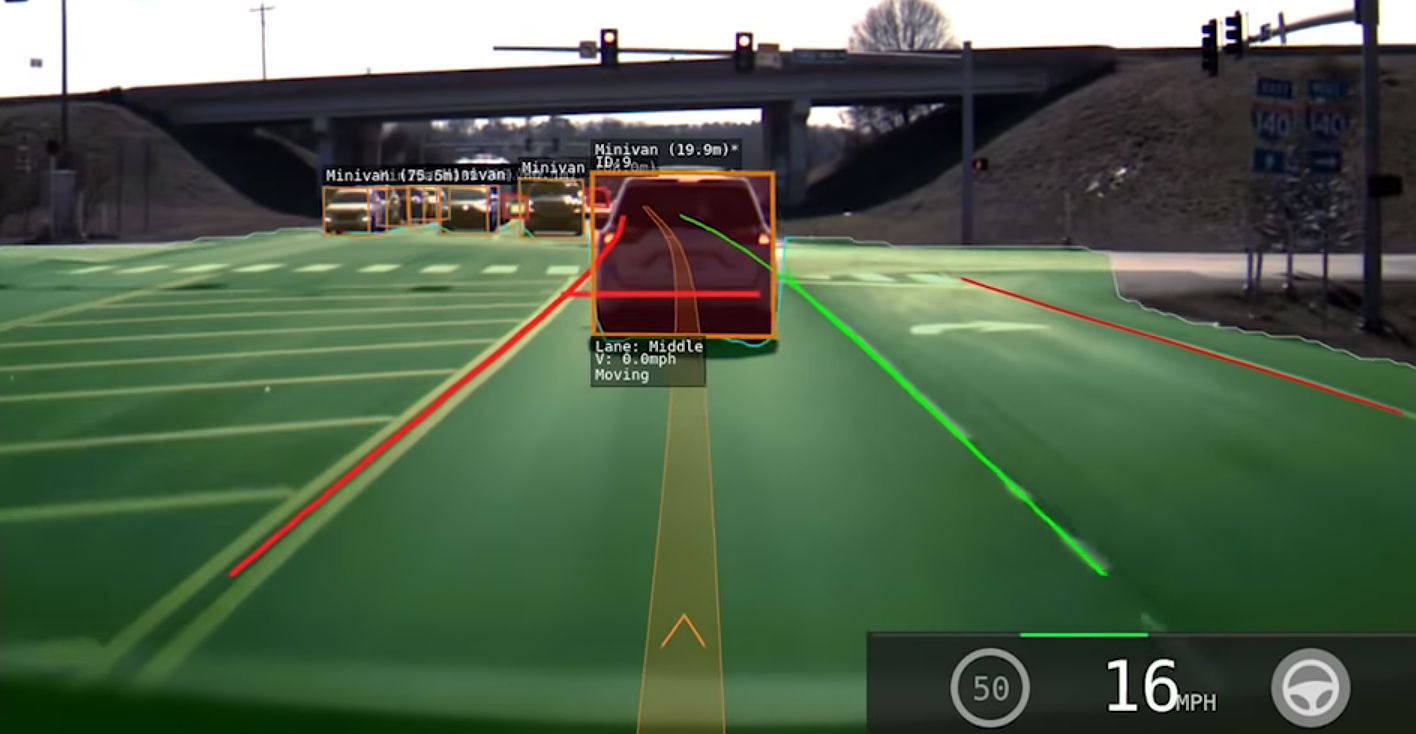 The stop line detection capabilities were rolled out with firmware update 2019.4. The Tesla community member mentioned that the identification of stop lines on the road appears to be a purely visual process, as the system does not seem to be detecting the road markings using mapping data. The feature appears to be active only on the vehicles’ main forward-facing Autopilot camera as well.

It appears that the feature does not feature estimated distance attributes yet, with the system only displaying a bounding box when it detects an upcoming stop line. Also quite interesting in the hacker’s recent video is the identification capabilities of Autopilot’s cameras, which can detect the type and class of surrounding vehicles. These features were not as refined in green’s uploads last September, when he showcased a drive through Paris through Autopilot’s eyes.

This recent update bodes well for the development and eventual release of Tesla’s Full Self-Driving features. In Tesla’s updated order page for its vehicles, the company lists Navigate on Autopilot, Autopark, and Summon, as part of its Full Self-Driving Capability suite. Tesla also lists the ability to “recognize and respond to traffic lights and stop signs” and “automatic driving on city streets” as FSD features that are expected to be rolled out later this year.

Stop line detection will greatly help Tesla develop its vehicles’ autonomous driving capabilities within city streets, which is a pertinent component to achieve Elon Musk’s vision for a Tesla Network — a fleet of electric cars offering ride-sharing services autonomously. For the Tesla Network to work well, vehicles will have to master city driving. To master city driving, Tesla’s electric cars have to learn how to read and react all road markings and signs, just like a human driver.

Elon Musk is a proponent of using vehicles’ cameras as a way to attaining Full Self-Driving. In a conversation with tech journalist Kara Swisher last November, Musk candidly explained how humans and animals pretty much navigate using cameras. In this light, Musk noted, there is no reason why vehicles should not be able to do the same. “Eyes are basically just cameras. All creatures on Earth navigate with cameras. A fish eagle can see a fish from far away and take into account the refractive index of the water, dive down and get the fish from far away. There’s no question that image-recognition neural nets and cameras, you can be superhuman at driving with just cameras,” Musk said.