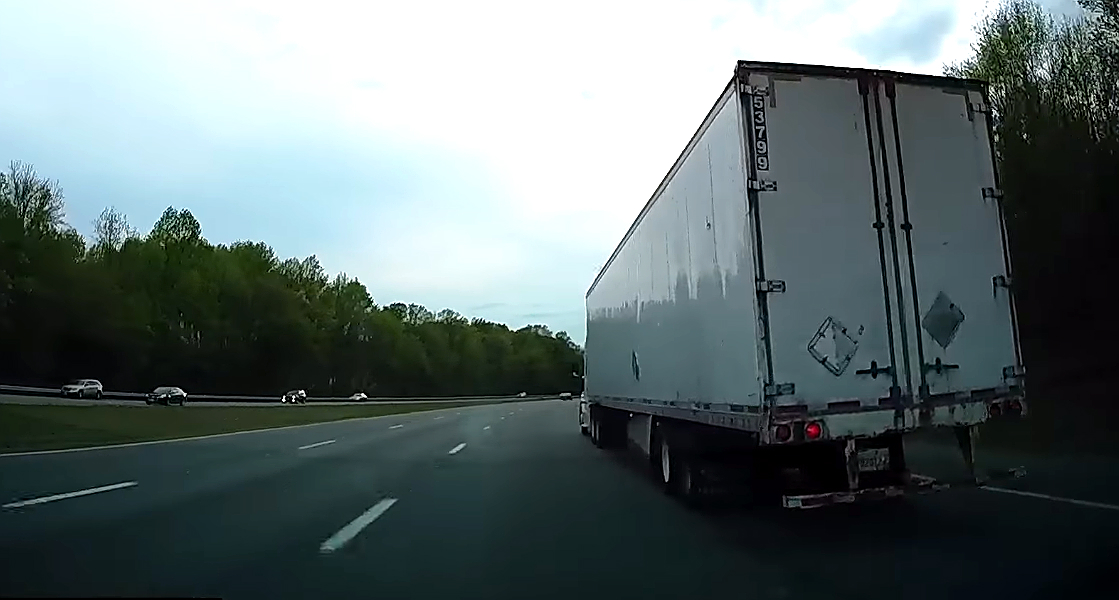 A Tesla Model X on Autopilot recently managed to detect the end of a lane before it even became visible to the electric SUV’s driver. Thanks to the warnings from the vehicle’s Forward Collision Avoidance feature, the Model X’s owner was able to respond to a large semi-trailer that opted to merge into his lane without any warning.

The video of the incident was uploaded by Jeremy Visnesky, a Tesla owner who recently credited Autopilot for saving him from being sideswiped by a swerving semi. This time around, Jeremy noted that he engaged his Model X’s Autopilot system on a freeway in Richmond, VA. Unfortunately for the Tesla owner, he was not aware that the rightmost lane was about to end, especially since his view was blocked by a truck.

The driver of the semi-trailer immediately merged as soon as the lane ended without activating any of its turn signals. According to Jeremy, his Model X promptly slowed down as soon as it detected that the rightmost lane was ending. The electric SUV also gave an audible warning, which prompted him to take over the wheel and avoid a potential side collision with truck.

“Driving the Model X in Richmond, VA and the right lane ends. I cannot see the lane ending because the truck was blocking the view. The truck did not put on any turn signal. (It) just merged the second the lane ended with no warning. Autopilot slowed the car a little, and then I disabled (it) and went around (the truck),” Jeremy wrote in the video’s description.

Jeremy’s close call with the lane-merging semi showcases the capability of the electric SUV’s suite of cameras, ultrasonic sensors, and radar to detect possible dangers on the road. Back in March, we reported on a Model S in Switzerland that almost collided with a Volkswagen Beetle after the ICE car attempted an incredibly careless overtaking maneuver. Just like Jeremy’s Model X, the Model S in the Switzerland incident alerted the driver from the impending danger just in time, preventing an accident.

As noted in the Model X’s Owner’s Manual, Forward Collision Warning utilizes the vehicle’s suite of cameras and radar sensors to monitor the front of the electric SUV. Once the Model X detects danger ahead, a visual prompt on the instrument panel and an audible warning are engaged. Tesla warns, however, that drivers must always keep their eyes on the road and that  “Forward Collision Warning is for guidance purposes only and is not a substitute for attentive driving and sound judgment.”

Tesla previously noted that the first version of Autopilot had been found by the US government to reduce crashes by as much as 40%. Since then, Tesla has taken significant steps towards refining its Autopilot suite, making it even safer.

“This is a stark reminder that our complacency is killing us. The only acceptable number is zero; we need to mobilize a full-court press to improve roadway safety,” she said.

Watch Jeremy’s Model X on Autopilot detect a disappearing lane in the video below.