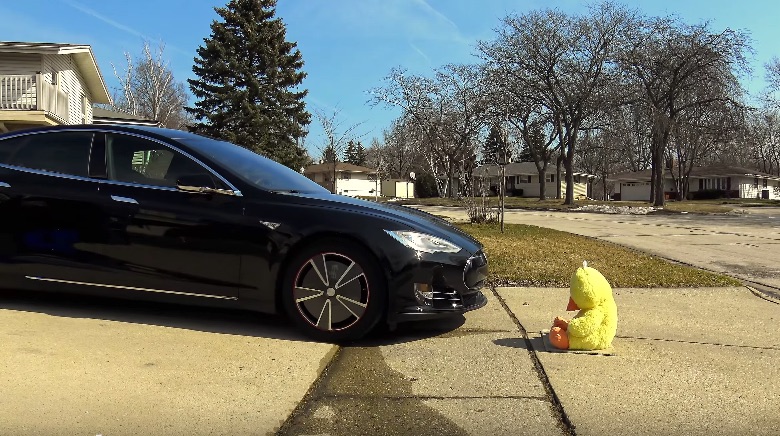 A recent firmware update by Tesla addressed a dangerous flaw raised by Consumer Reports stating the vehicle’s Summon feature may not detect small children and low-lying objects in its path.

Tesla quickly addressed the safety concern with a feature update that required operators to be within 10 feet of the vehicle being summoned. The feature also enforces the person to keep their finger on a Summon button via the smartphone app, where as in the past an activated Summon could not be disabled if someone were to accidentally drop the smartphone or key fob.

How does the newly improved Autopilot Summon work against small children and narrow objects? KmanAuto of YouTube puts his Model S and its array of sensors to the test by placing a stuffed animal, a bucket, and even his own child in the path of a summoned vehicle.

The results will surprise you.