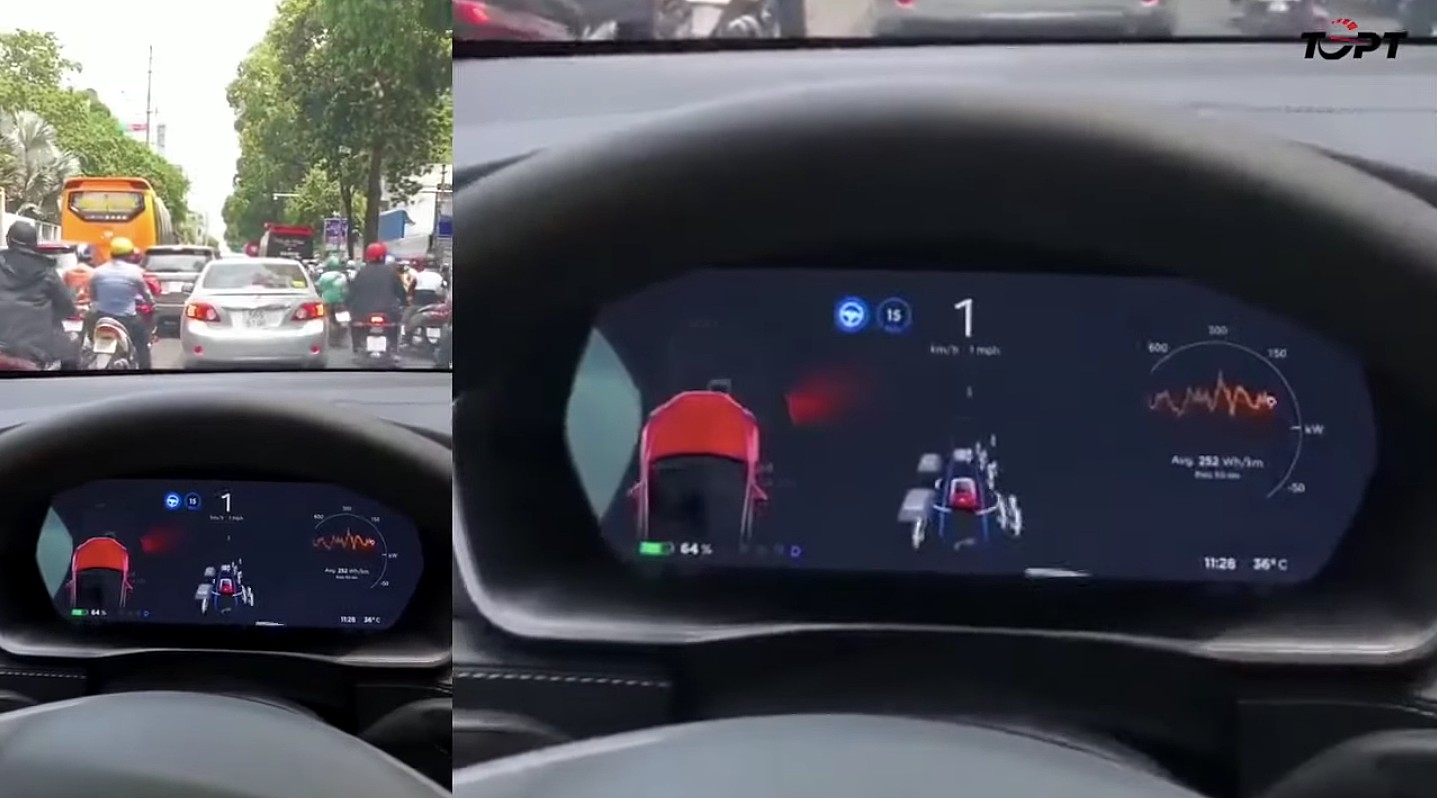 In the future, Tesla’s Autopilot and Full Self-Driving suite are expected to handle challenging circumstances on the road with ease. These involve inner-city driving, which includes factors like pedestrians walking about, motorcyclists driving around cars, and other potential edge cases. When Autopilot is able to handle these cases confidently, the company could roll out ambitious projects such as Elon Musk’s Robotaxi Network.

Tesla’s FSD Beta, at least based on videos of the system in action, seems to be designed for maximum safety. Members of the first batch of testers for the FSD Beta have shared clips of the advanced driver-assist system handling even challenging inner-city streets in places such as San Francisco with caution. But even these difficult roads pale in comparison to the traffic situation in other parts of the world.

In Southeast Asian countries such as Vietnam, for example, traffic tends to be very challenging, to the point where even experienced human drivers could experience anxiety when navigating through inner-city roads. The same is true for other countries like India or the Philippines, where road rules are loosely followed. In places such as these, Autopilot still has some ways to go, as seen in a recently shared video from a Tesla Model X owner.

A Tesla Model X owner driving in Ho Chi Minh City, Vietnam, recently posted a video of Autopilot operating in thick traffic. The short clip showed roads that were filled with a vast number of cars, as well as motorcycles that were constantly weaving in and out of the stopped vehicles. This chaotic scene could all be seen in the Model X’s visualizations, which showed multiple warnings as the motorcycles drove just inches from the all-electric SUV.

Autopilot put up a valiant effort, moving forward for a bit and hitting a speed of 6 km/h (3.7 mph) to get closer to the vehicle in front. But as the volume of vehicles continued to get heavy and as more motorcycles piled in the space between the Model X and the car before it, Autopilot ultimately asked for a manual override from its driver. This, if any, highlighted Tesla’s adherence to safety, as the driver-assist system seemingly decided that it was not quite capable of navigating such a busy street just yet.

The busy streets from Vietnam will be a common occurrence for Teslas when the company expands to countries like India, where roads also tend to be very crowded. To adequately navigate such streets, Tesla would likely have to accelerate the rollout of its FSD Beta, which is smarter and significantly more capable than Autopilot.

Watch Autopilot attempt to operate in a busy Vietnam street in the video below.