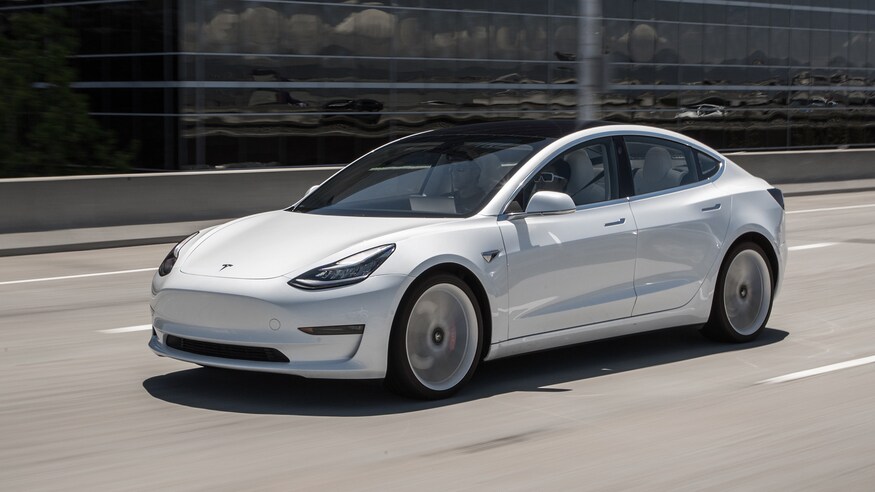 With 270,000 EVs being registered in February globally, it was a 136% jump compared to January 2021. The EV sector continues to grow in large figures at an accelerating pace, meaning manufacturers who are taking part in the large-scale shift to electrification continue to be rewarded for their efforts. Tesla has established itself as the global leader in electric vehicles so far in the short but storied history of battery-powered powertrains, and February’s sales figures across the world show the Model 3 continues to be Tesla’s golden goose, accounting for a large percentage of its sales.

The EV Sales Blog says the Model 3 was registered 28,014 times in February, beating the Wuling HongGuang Mini EV by just under 8,000 units. The HongGuang Mini EV has been a thorn in the side of the Model 3’s dominance in China, but it is difficult to compare the two vehicles as they are vastly different. While the Model 3 sits at a relatively average price point for the global automotive market between $37,990 for the Standard Range Plus and $55,990 for its premier Performance version, the HongGuang Mini EV sits at a significantly lower price point. While that sounds like a great deal, consumers will not experience the range ratings, the performance, or the features that Tesla has to offer in the HongGuang Mini EV. At a price of just $4,400, customers will get just over 110 miles of range with every charge. Still, they won’t get standard features like air conditioning, which will increase the automobile’s cost by varying amounts depending on the addition. A/C will add $500 to the price.

The Model 3 has been Tesla’s most popular vehicle in recent years thanks to the car’s mass-market production push, the tasty and affordable price, and the wide array of advantages the vehicle holds over gas-powered cars. Tesla has given itself a reputation for building quality, high-performance vehicles, and consumers seem to agree based on the recent figures.

Meanwhile, Tesla’s rollout of the Model Y last year has increased the automaker’s ever-growing footprint. The Model Y captured 13,971 sales in February, becoming a “rising star” in the EV Sales Blog’s eyes. The Model Y may overtake the Model 3 in popularity in the coming years, and Tesla expects this to happen. Numerous executives, including Elon Musk, have said the Model Y will be Tesla’s best-selling vehicle in the coming years. “I’ve actually recently driven the Model Y release candidate, and I think it’s going to be an amazing product and be very well received,” Musk said during the Q3 2019 Earnings Call. “I think it’s quite likely to — this is just my opinion, but I think it will outsell S, X, and 3, combined.”

One other notable vehicle on the list was the Ford Mustang Mach-E. Although it fell just short of the Top 5 for February, it only missed the mark by 77 units. In its first full month on the market, it instantly became the best-selling model from a legacy car company, giving large car companies who have struggled with EV adoption a glimmer of hope moving forward.