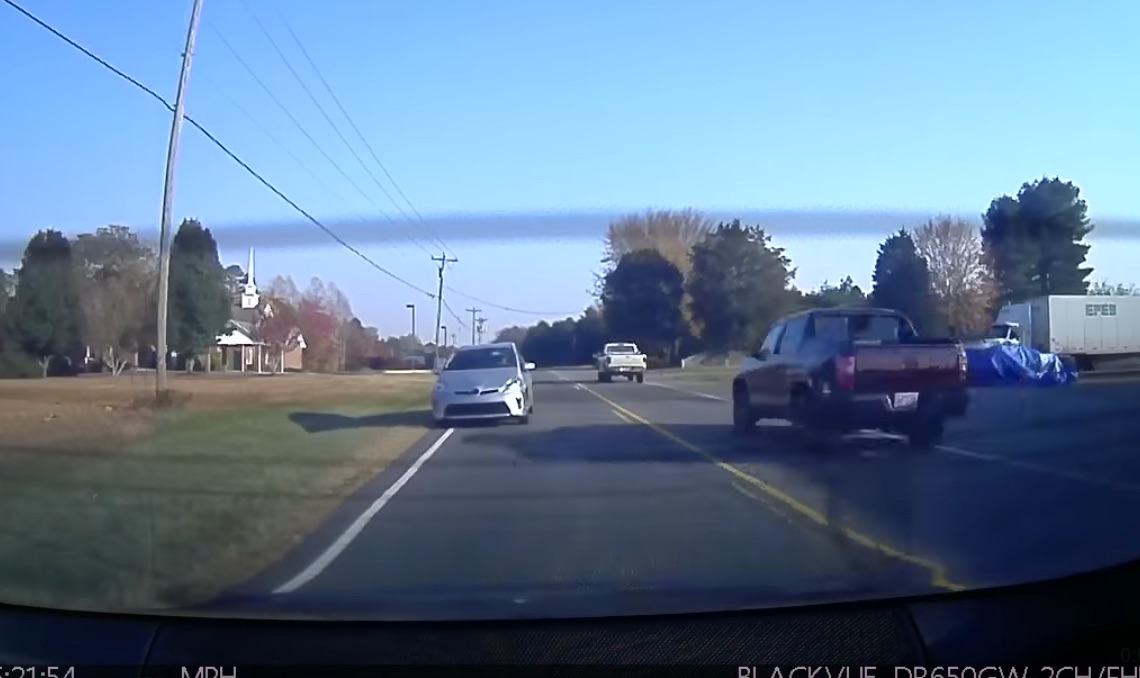 There are countless reasons why the award-winning Tesla Model S is regarded as one of the safest vehicles on the road today, but one reason may have gone largely unnoticed until a recent video surfaced showing a Model S P85D catapulting itself out of harms way.

Jason Hughes, arguably best known as the hacker that leaked Tesla’s plans for the P100D, posted a chilling dashcam video showing a distracted Prius failing to slow the vehicle and narrowly missing a direct impact into the rear of his Model S P85D. Within a split second after seeing the Prius come barreling down the road behind him, Hughes unleashed the full acceleration of the Tesla and managed to build a safe distance between him and the Prius. All within 2 seconds from a standstill.

“It looked like the Prius driver might have attempted to pass me in a panic before realizing there was traffic coming (which I was waiting on to make my left)”, Hughes tells Teslarati. “You can mentally mark my position and the position of the Prius as it attempted to stop and it’s pretty clear he would have hit me if I hadn’t moved.”

YouTube viewers undoubtedly have a fascination with seeing the instant acceleration of a Tesla especially when used to take down unsuspecting bikers. With millions of views and likes registered across a vast collection of Tesla drag racing videos, people are clearly infatuated with the thought of being able to rip from a complete standstill to highway speeds in a tick over 2 seconds. But the next time you see a Tesla eat a Lamborghini’s lunch, know that the very same acceleration can actually be used as a life saver.