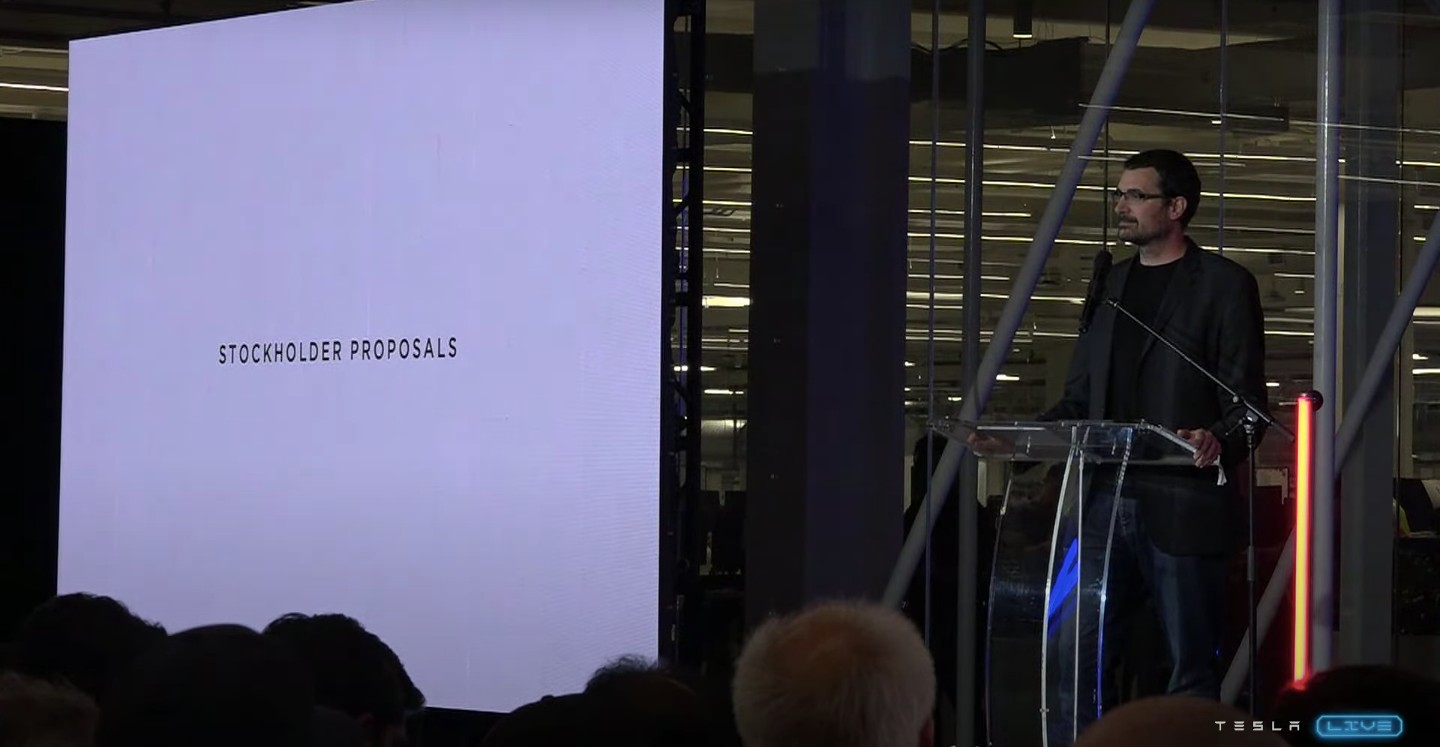 Tesla beats back most activist shareholder proposals in Cyber Roundup

Tesla’s 2022 Cyber Roundup (annual shareholder meeting) saw some tensions rise at some points as several activist shareholder proposals were discussed. Tesla ultimately prevailed over the proposals, with all shareholder suggestions being rejected by shareholders — except one.

According to preliminary results announced by Tesla at the Cyber Roundup, the proposal to allow large shareholders to nominate alternate members of the company’s board of directors was approved. While a rather common practice among large corporations, Tesla had advised its shareholders to reject the proposal. It was, however, approved.

As noted by the New York Times, proposals required a two-thirds majority to be adopted. And while the company did not provide vote tallies during its annual meeting of stockholders, Tesla noted that it would provide the actual results in the following days. The topic of Tesla’s board of directors has courted controversy in the past, as critics alleged that it lacks diversity and people that stand up to Elon Musk’s wishes.

What was rejected by Tesla’s stockholders were a number of activist shareholder proposals that centered on the company’s lobbying efforts, allegations of racism and sexism, and initiatives to curb child labor, among others. The New York State Common Retirement Fund, for example, filed a resolution asking Tesla management to file an annual report about its efforts to prevent racial discrimination and sexual harassment. This proposal was rejected.

Some activist shareholder proposals caused notable reactions from the attendees of the 2022 Cyber Roundup. This was the case with a proposal from the Nathan Cummings Foundation, which urged Tesla to improve its lobbying disclosures. When Laura Campos, director of corporate and political accountability at the foundation, mentioned Elon Musk’s political leanings and his lack of support of US President Biden’s Build Back Better Act, some of the event’s attendees negatively responded — audibly.

Cheers were then heard when Tesla’s investor relations head Martin Viecha informed the shareholder that the time limit had passed. The same was true for a proposal from the Sisters of the Good Shepherd, which urged Tesla to report on its plans to eliminate child labor from its supply chain. Tesla’s efforts on the ethics of its suppliers have been discussed in detail in the company’s 2021 Impact Report.

Ultimately, Tesla shareholders supported the company’s stance on the majority of the meeting’s agenda. Elon Musk did not directly address the concerns expressed in the activist shareholder proposals, though he lightly commented that the crowd at the 2022 Cyber Roundup was great. He also mentioned that the attendees definitely made him feel welcome.

The shareholders’ proposal portion of the 2022 Cyber Roundup can be viewed below.

Tesla beats back most activist shareholder proposals in Cyber Roundup