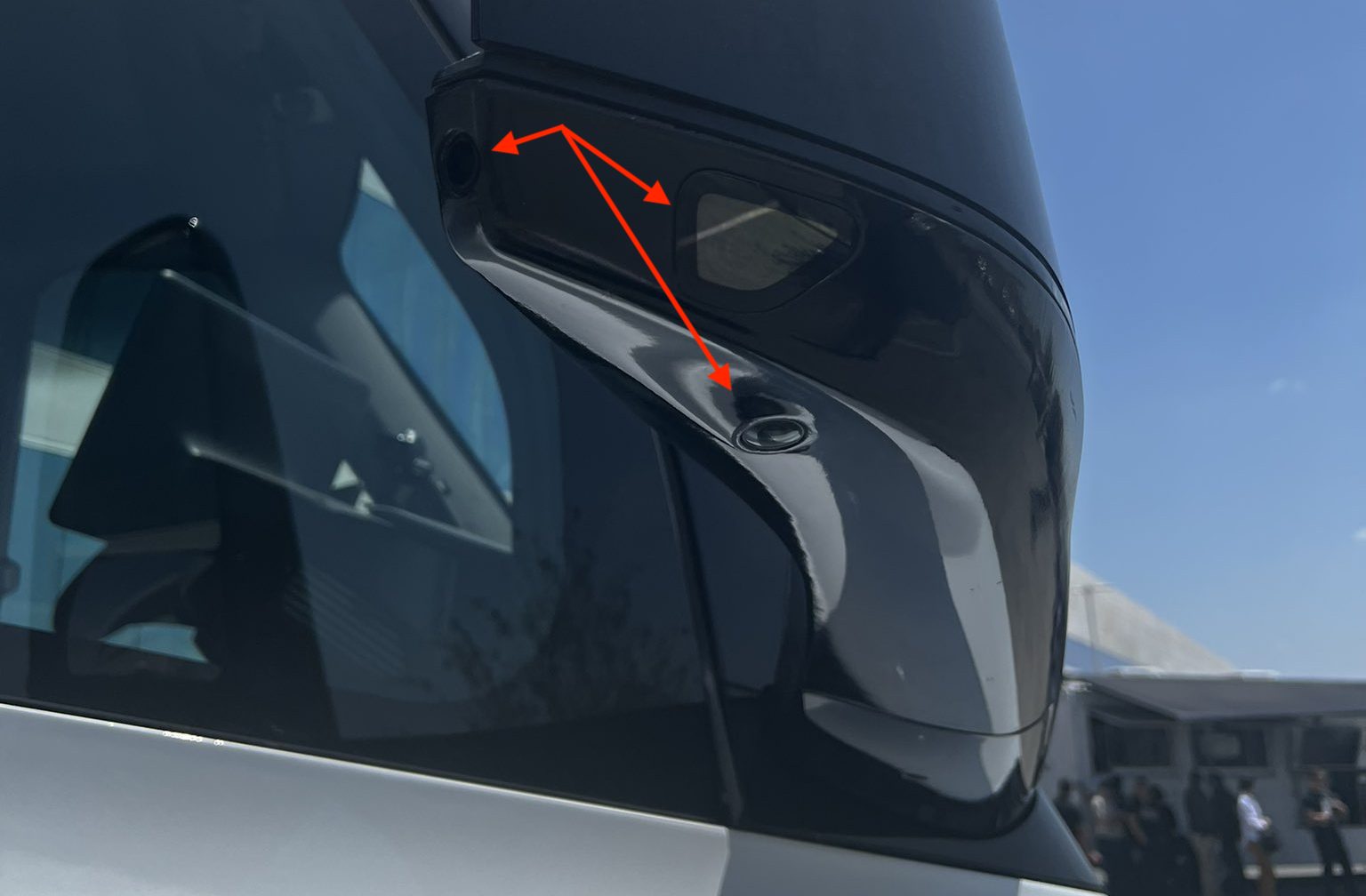 Tesla Semi updated prototype has three cameras in its side mirrors

The Tesla Semi updated prototype was recently sighted with a rather interesting side mirror camera setup at the 2022 Cyber Roundup. During the event, some sharp-eyed attendees were able to observe that the updated prototype of the Class 8 all-electric truck appears to be fitted with side mirrors that feature three cameras each.

When Tesla unveiled the Semi in late 2017, CEO Elon Musk made it a point to highlight that the all-electric hauler would be unlike any other tractor-trailer on the road. Musk noted then that the Semi is designed for the company’s Autopilot system, which should even allow multiple units to be operated by a single lead driver. This meant that the Semi is equipped with an array of sensors that make it optimized not just for Tesla’s trademark safety but for (eventual) autonomy as well.

This was definitely the case with the Semi’s initial prototypes that were promptly spotted driving around the United States in the years that followed its 2017 unveiling. During one of these sightings, Tesla engineers mentioned that the Semi’s initial prototypes were equipped with a set of 26 cameras around the vehicle. Later findings from resident Tesla hacker @greentheonly in late 2020 suggested that this number had been reduced to ten cameras.

Images taken by Tesla investor and enthusiast @tesla_addicted at the 2022 Cyber Roundup reveal that the Semi updated prototype was equipped with what appeared to be a three-camera setup in its side mirrors. One was installed at the far end of the side mirror, another at the bottom, and yet another was encased just like Tesla’s B-pillar cameras in its other vehicles.

Speculations about what the cameras are intended for are abounding, with some Tesla enthusiasts noting that the bottom camera may be designed to provide drivers a 360-degree view of the vehicle from the cabin. The two other cameras, on the other hand, may also be used by Tesla to ensure that the Semi will not have — or at least have as few as possible — blind spots when it is driving on the road.

While Tesla has extensive experience in ensuring that its vehicles are as safe as possible, the company is yet to tackle large, commercial-grade vehicles like the Semi. Making the Semi one of the safest tractor-trailers in the market is likely a goal of Tesla, so it’s no surprise that the company does not seem to be scrimping in any way when it comes to the Class 8 all-electric truck’s cameras.

Tesla Semi updated prototype has three cameras in its side mirrors