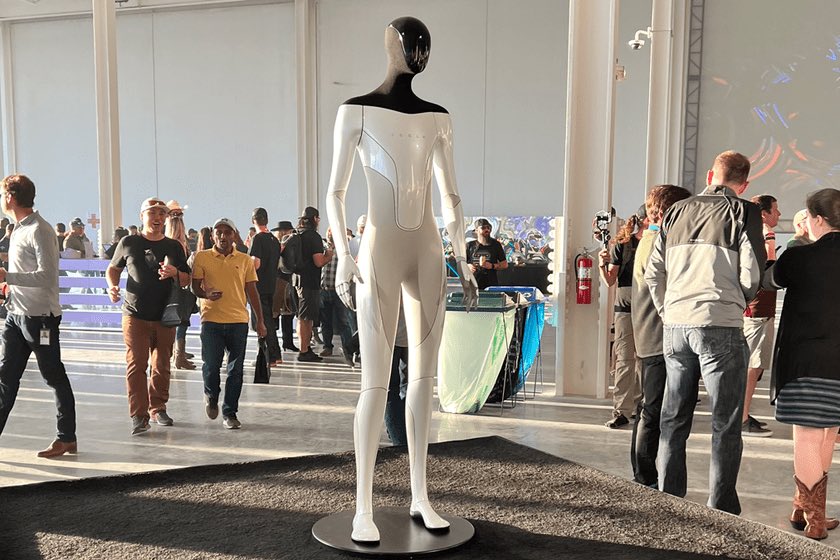 Much like the majority of Tesla’s major product releases, AI Day 2022 is actually a bit late. The event was initially set to be held on August 19, but Elon Musk moved it to September 30, 2022. Musk noted that the date was pushed back since Tesla might have an Optimus prototype working by that time.

AI Day 2022 is set for later today, and expectations are high that Tesla’s humanoid robot will be one of the key topics that will be discussed and showcased by the company and its executives. The Tesla Bot (Optimus) has been heavily featured in AI Day 2022’s promotional images, from its announcement poster to the event’s tickets to final teasers that have been posted online.

As per Elon Musk in a recent comment on Twitter, however, the Optimus prototype that would be showcased later in AI Day 2022 would not look the same as the Tesla Bot display units that the company featured in past events. During the Cyber Rodeo, for example, Tesla set up a display model for Optimus that looks identical to the concept images and videos of the humanoid robot that were released on AI Day 2021.

Musk’s comments were quite unsurprising as some of Tesla’s AI Day 2022 teasers featuring Optimus heavily featured the humanoid robot’s hands. In every teaser so far, Optimus’ hands were depicted differently compared to the polished, humanlike hands that were fitted on Tesla Bot display units — or the product’s concept videos and photos, for that matter.

Interestingly enough, two sets of robotic hands have been teased by Tesla: one that seemed completely made of metal and another pair that appeared more refined, with soft pads in some sections. Overall, it does seem evident that Tesla has been continuously working on Optimus for some time now, and improvements have already been made to the humanoid robot and its components.

Tesla’s hard work with Optimus makes quite a bit of sense considering Elon Musk’s intended use for the humanoid robot. According to the CEO, the Tesla Bot is designed to be capable of both hard labor and domestic tasks such as taking care of the elderly. With this in mind, specific components such as the Tesla Bot’s hands definitely need to be extremely refined, so that the robot can perform various tasks as seamlessly and humanlike as possible.