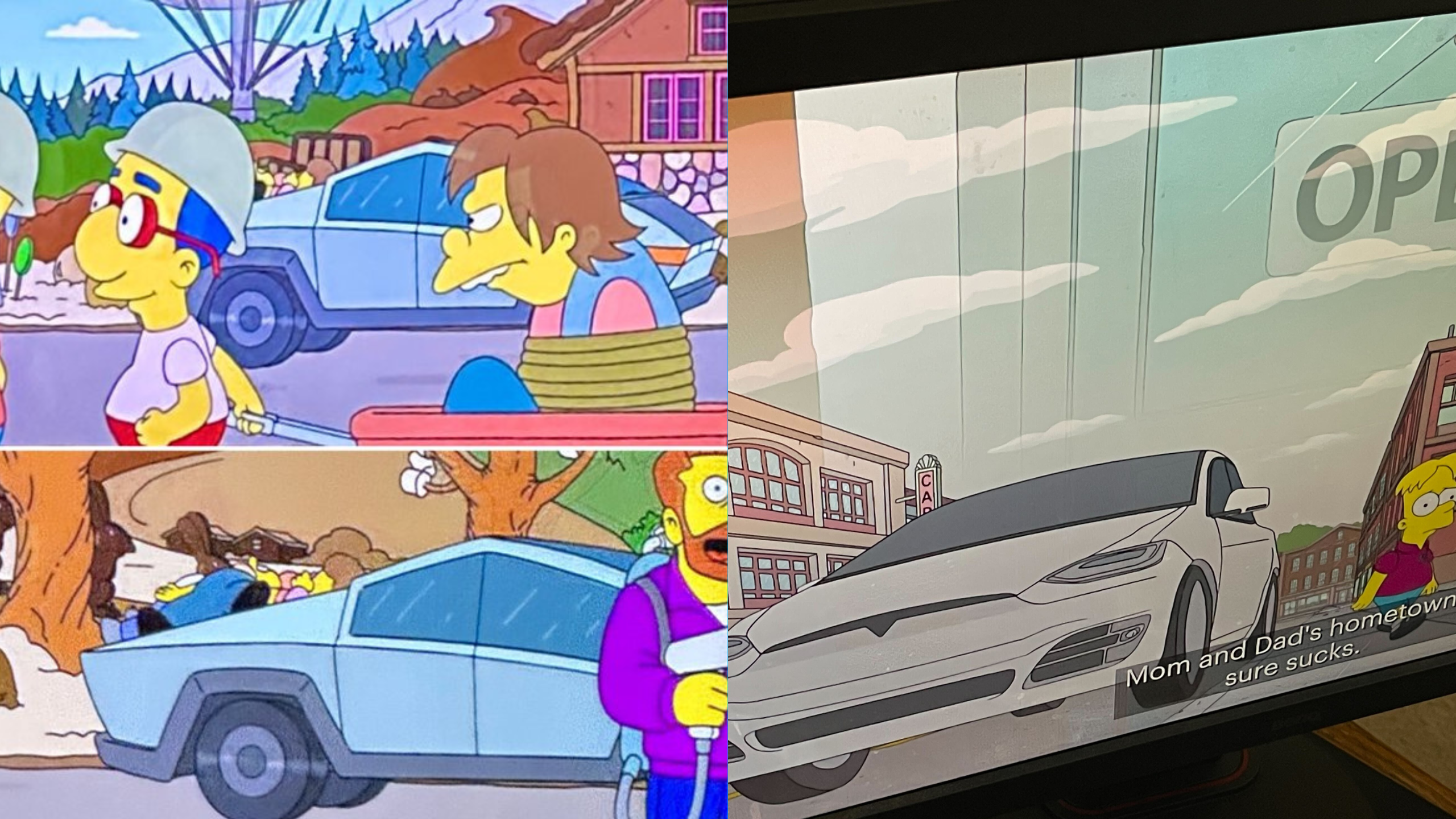 The Tesla Cybertruck is one of Tesla’s most highly anticipated electric vehicles. Tesla’s progress with production has been well documented, and the futuristic all-electric truck was sighted in an interesting place.

While watching The Simpsons: Treehouse of Horror XXXIII,  a few Tesla supporters noticed something familiar. The futuristic electric truck appeared in the Halloween special, where the show’s main characters have their own unique horrors.

Whether or not The Simpsons has been accurately predicting the future is debatable, but one thing for sure is that Tesla doesn’t need to pay for advertising. The Cybertruck’s appearance in the Halloween episode seems to be a nod to Tesla and its mission.

While watching The Simpson’s Treehouse of Horror Presents: Not It with my friend, I noticed something familiar. Spoiler alert, in this episode, Marge wasn’t married to Homer but to Comic Book Guy, who owned a Tesla Model X.

This isn’t the first time a Tesla vehicle has appeared in The Simpsons. In 2020, Tesla’s next-generation Roadster made an appearance in Season 32, Episode 5 of the show.

During Tesla’s Q3 2022 earnings call, Elon Musk said that Tesla was “in the final lap for Cybertruck.” He added that Tesla is building a Cybertruck line at Giga Texas and is making a lot of progress in the robotaxi platform design.

In October, several Cybertruck bodies were seen inside Gigafactory Texas, which reflects the company’s progress with production.