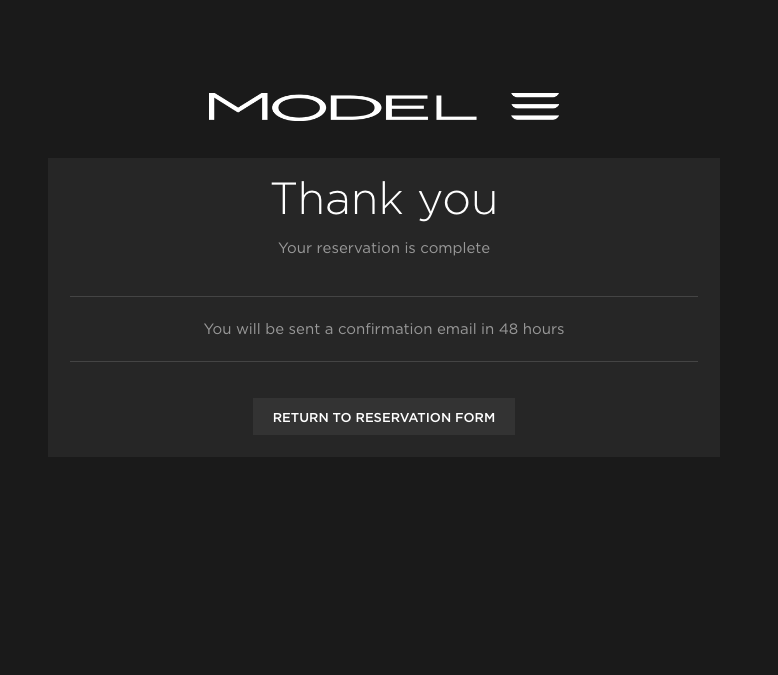 Tesla has set a limit of two Model 3 orders per person, but stock analyst Anton Wahlman recently found out that the order quota wasn’t enforced by the company’s online reservation system.

Curious whether he could place several Model 3 reservations, Wahlman decided to press his luck by going online and placing more than two orders. It paid off. Within a short period of time, Walhman was able to place twenty Model 3 reservations, and all risk free since Tesla has a policy that reservation deposits are fully refundable.

Yahoo! Finance caught wind of his tactics and decided to try and place several Model 3 reservations for themselves. Sure enough and within minutes, they had ordered four cars.

The 400k Model 3 reservations is important for many reasons. It helps to build excitement for the new model and it also puts cash in Tesla’s bank account. Even though Tesla says the reservation fees will be separated and not treated as income, the volume of reservations deposits still add up to a tidy sum and can have an implicit positive effect on Tesla’s share price.

It didn’t take long for Elon Musk to hear about Wahlman’s gambit and put a stop to such shenanigans. Within a few hours, he took to Twitter to announce that the company policy of no more than two reservations per person would be enforced.

@MrBoylan Duplicates will be cancelled. Max of 2 will be delivered to any one person. Only ~5% of orders are 2, so speculation unlikely.

In all, less than 0.2% of all orders exceeded the two reservations per person limit. Elon says those excess reservations have now been purged.

The result of Wahlman’s curiosity is that we now know the vast majority of Model 3 reservations are real. How many of them eventually get converted to actual orders is something we won’t know until the design configurator for the Model 3 goes live in about 18 months.