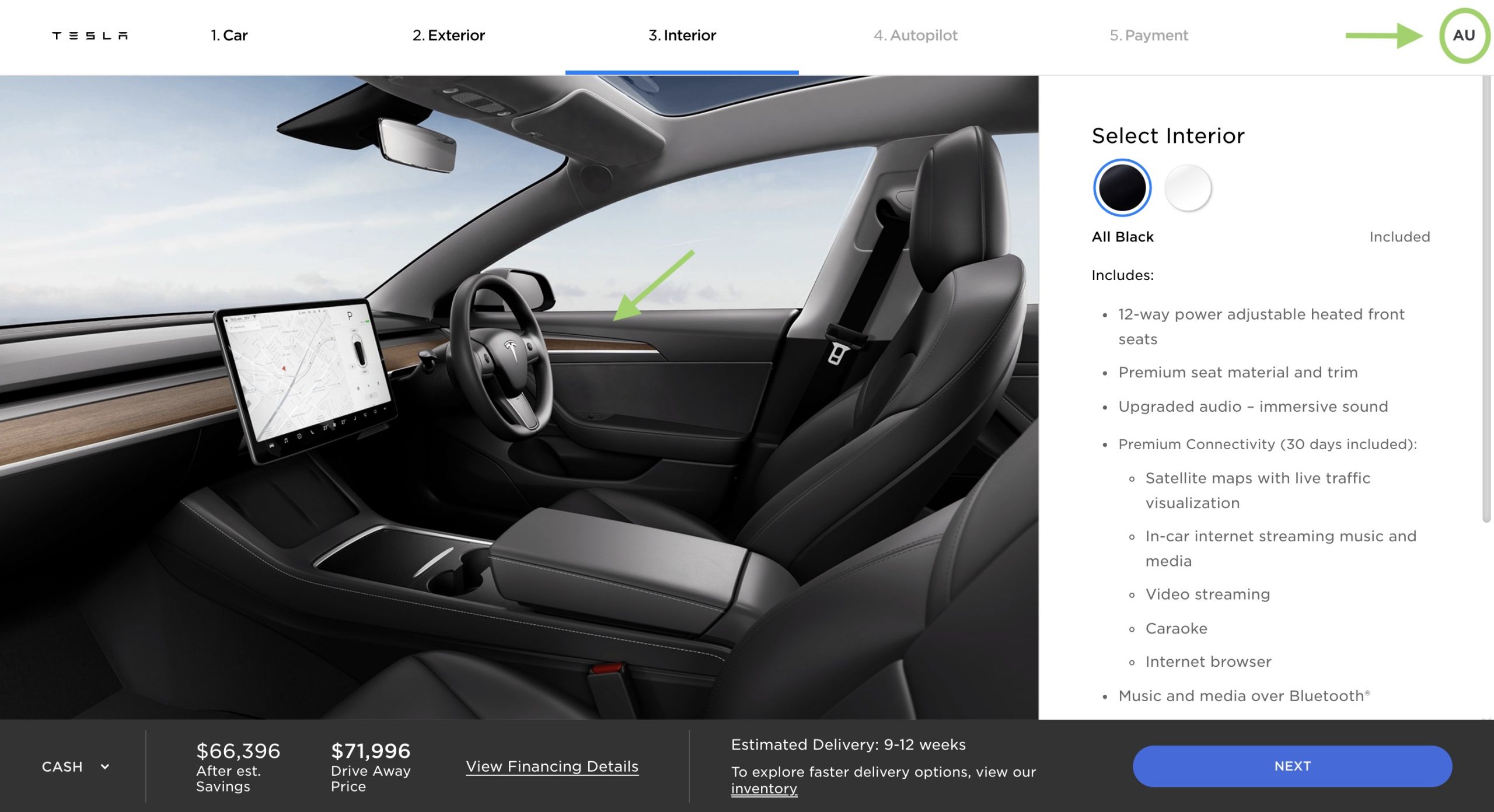 Tesla updated its configurator in Australia, revealing a Tesla Model 3 Standard Range Plus that looked quite similar to the updated Made-in-China Model 3 SR+ released a couple of weeks ago. The interior door trim, range, and a couple of other updates to Australia’s Model 3 configurator hinted that Tesla might be exporting Giga Shanghai’s vehicles down under.

The most telling information from Tesla’s AU configurator would be the Standard Range Plus Model 3’s door panel. Similar to the MIC Model 3 made in Gigafactory Shanghai, the Tesla sedan in Australia’s order page depicts a door panel with a trim matching the dashboard. Back in the United States, Tesla’s Model 3 configurator still shows the door panel without the additional trim.

The Model 3’s white interior also became available to Australian customers including the Standard Range Plus variant. A source told Teslarati that the white interior was exclusive to Australians who purchased the Model 3 Performance before Tesla updated the configurator. The company’s 19” Sports Wheels are now also optional with a Model 3 SR+ purchase.

The delivery date for the Standard Range Model 3 in Australia has not changed, despite the configuration update. The estimated delivery date is still 9 to 12 weeks. Interestingly enough, a recent video from Giga Shanghai’s resident drone-operator Wu Wa revealed Model 3 right-hand drive vehicles in the factory’s complex that seemed prepared for export.