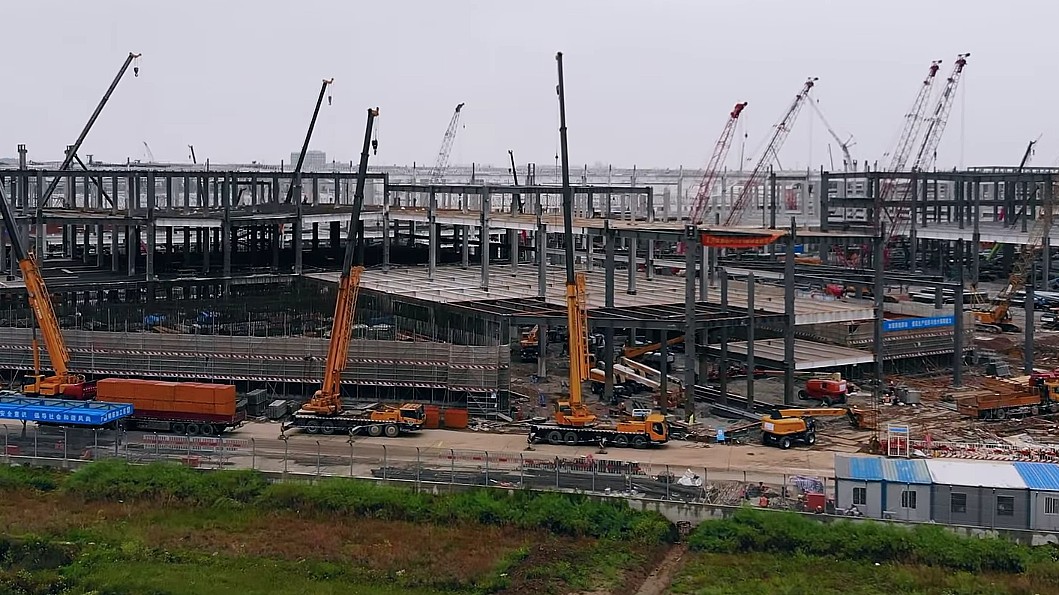 Tesla Gigafactory Shanghai’s Model Y factory has reached yet another milestone, with the upcoming facility’s steel framing being completed. The milestone was achieved as Tesla China debunked a recent rumor suggesting that a parts shortage for the Model 3 was causing a halt in Gigafactory Shanghai’s vehicle production activities.

The celebrations in Gigafactory Shanghai’s Phase 2 zone came amidst Tesla China’s update about its vehicle production activities in the Phase 1 area. Phase 1 is allotted for Model 3 production, and recent rumors have emerged that manufacturing activities have been halted due to a shortage in parts that are being sourced from overseas.

This rumor, which was initially reported by local news outlets such as NBD Press and quickly spun by other news sites, emerged after the country celebrated the Chinese Labor Day Holiday, which lasted from May 1 to 6. These rumors cited Tesla workers and industry insiders who were reportedly informed about supply shortages for the Model 3 line.

Fortunately, these rumors were thoroughly debunked by Tesla China, with a representative from the electric car maker stating that the Model 3 production line is currently under scheduled adjustment and maintenance. The process has been going on over the Labor Day Holiday, and so far, the Tesla representative noted that the ongoing maintenance work is proceeding as planned.

This update bodes well for the vehicle production capabilities of Tesla in Gigafactory Shanghai. Scheduled shutdowns for maintenance have been done in the Model 3 line in the Fremont factory in the past, and most of the time, these adjustments paved the way for more production capabilities. In the case of Gigafactory Shanghai, the ongoing adjustments may be part of Tesla’s initiative to raise the site’s Model 3 output even further.

Watch a recent flyby of the Tesla Gigafactory site in the video below.