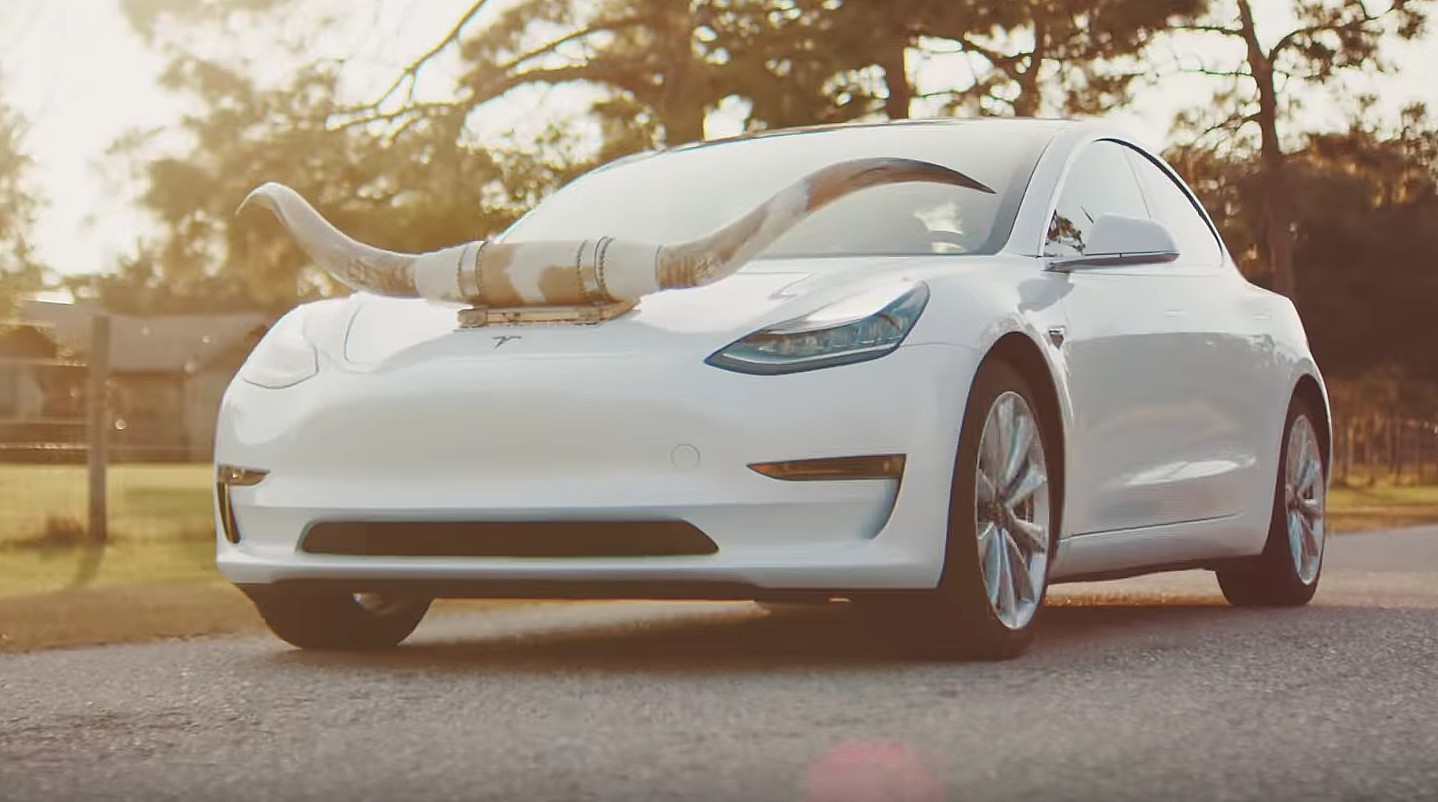 Tesla owners will be able to honk with fart and goat sounds, suggests Elon Musk

Amidst the release and subsequent addition of pedestrian noisemakers to Tesla vehicles, CEO Elon Musk announced that owners will soon have the ability to choose the sound for their vehicles’ noisemakers and horns.

“Customized horn & movement sounds (coconuts being one, of course) coming to Teslas soon,” Musk said on Twitter on October 6.

Customized horn & movement sounds (coconuts being one, of course) coming to Teslas soon

Musk’s mention of coconut sounds appear to be a direct reference to Monty Python and the Holy Grail, one of the CEO’s favorite comedy movies. In the film, King Arthur, the main character, traverses Britain in search for the Holy Grail. During the character’s introduction, Arthur could be seen galloping along in an imaginary horse, though his squire, Patsy, was right behind him simulating the sounds of hoodbeats by smacking two coconut shells together.

As far as customization of noises, Musk noted that there initially would be a coconut noise, a whoopie cushion noise (made famous by Tesla’s “Toilet Humor” mode) and assumably a goat noise, as the Tesla CEO included a goat emoji in a later tweet.

Additional noises are yet to be determined, but Tesla Owners Silicon Valley requested Jungle and Rainforest noises. Musk obliged. He also said that the company will explore custom audio files, so owners would be able to include any noise they want. The addition of noisemakers to electric vehicles is expected to save an estimated 2,400 people from injuries, as well as save somewhere in between $250M and $320M in damages from accidents.

The noisemakers have drawn both positive and negative reviews from consumers, but it is evident that the addition of the sounds will keep pedestrians safe in the long run. First looks at Tesla’s noisemakers showed that the company adopted pink noise for its vehicles’ forward sound and a sci-fi-esque tone for reverse driving.

Tesla’s decision to add the noisemaker came in response to the National Highway Transportation Safety Administration‘s (NHTSA) Pedestrian Enhancement Safety Act of 2010. The NHTSA passed the act in reaction to an October 2009 study and report that concluded that blind pedestrians were subjected to additional risks when in the same vicinity as electric vehicles due to their lack of noise.

Electric cars do not produce much noise when traveling at low speeds because the do not contain engines, transmissions or tailpipes that emit sound. The act passed by the NHTSA requires all electric cars to contain noisemakers that will emit noise when the vehicle is traveling from 0-19 MPH. All cars operating with strictly batteries will have to contain this noisemaker by September 1, 2020.

Tesla owners will be able to honk with fart and goat sounds, suggests Elon Musk