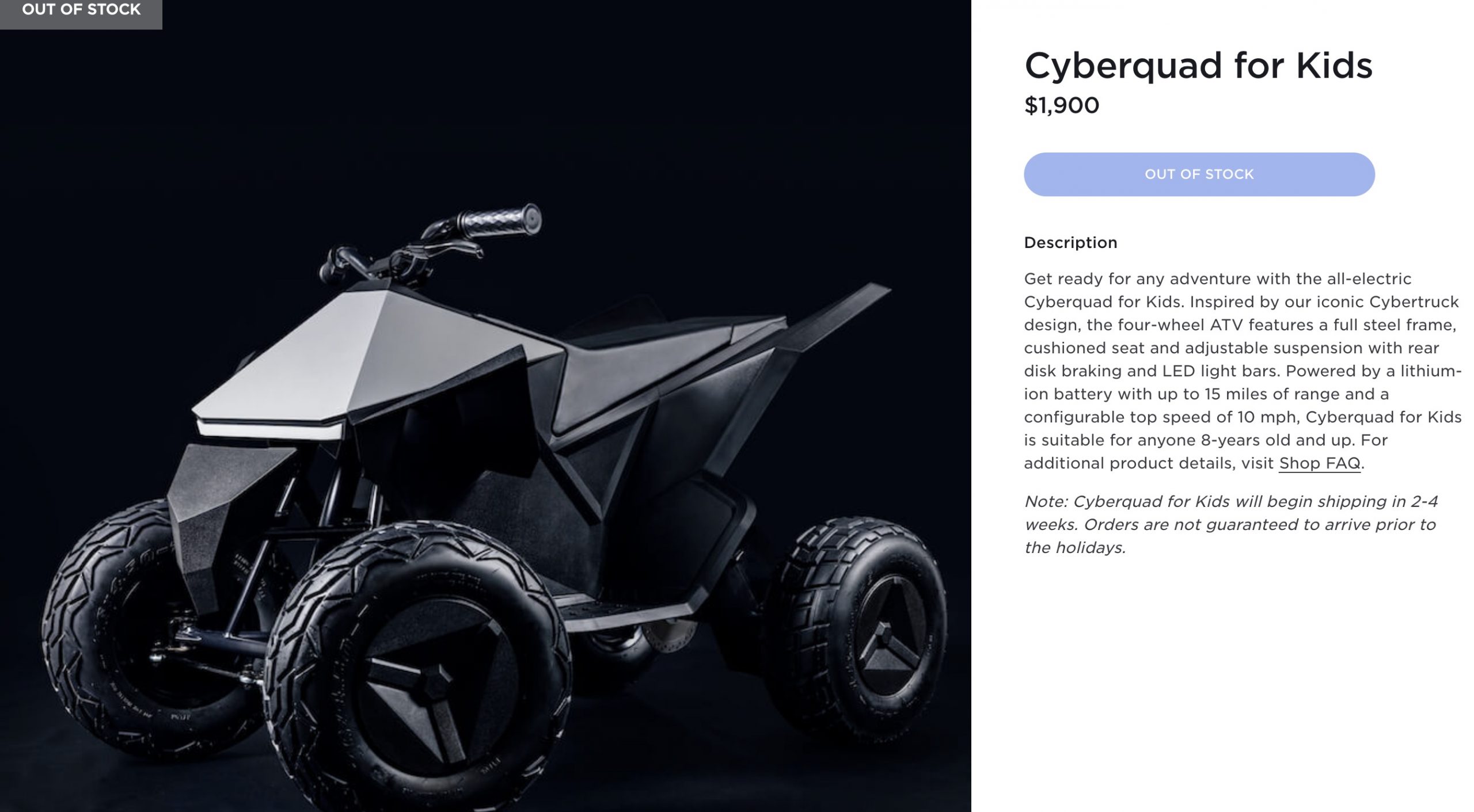 Tesla Cyberquad for Kids is officially out of stock

Tesla’s $1,900 Cyberquad for Kids is officially sold out less than a day after its release. The four-wheel ATV for kids was inspired by the Cyberquad that accompanied the Tesla Cybertruck during its unveiling two years ago.

Tesla will begin shipping its Cyberquad for Kids in 2-4 weeks, meaning some kiddos will have one fun holiday season. Although Tesla is not guaranteeing that some Cyberquad for Kid orders will arrive before the holidays. Given its estimated delivery dates, some kids will be taking a ride on their Cyberquad after New Year, maybe in time to celebrate 3 Kings Day, when some families exchange gifts as well.

The Cyberquad for Kids gives customers an idea of Tesla’s actual Cyberquad, which will also be available for purchase in the future. Tesla plans to produce its four-wheel Cyberquad in Giga Texas, alongside the Cybertruck. The company plans to make the safest ATV on the market.

“So it will have a really low center of gravity because the battery pack will be down low. And I think we could do some things with the suspension and make it really hard to roll this thing,” Elon Musk tweeted in October.

The Cyberquad marks the second “cyber” product Tesla has released this week alone. More “cyber” products may be released in the next few weeks to months, leading up to the actual production and delivery of the Cybertruck. Tesla applied to trademark several “cyber” products back in September, including items categorized as games, toys, sporting goods, and clothing.

As for the actual Cybertruck, which has sparked this lineup of “cyber” products, Tesla plans to produce the all-electric pickup at Giga Texas after Model Y production. Tesla has already made a few alpha prototypes and is working on securing the Cybertruck production’s steel supply for its origami-like exoskeleton.

Tesla Cyberquad for Kids is officially out of stock