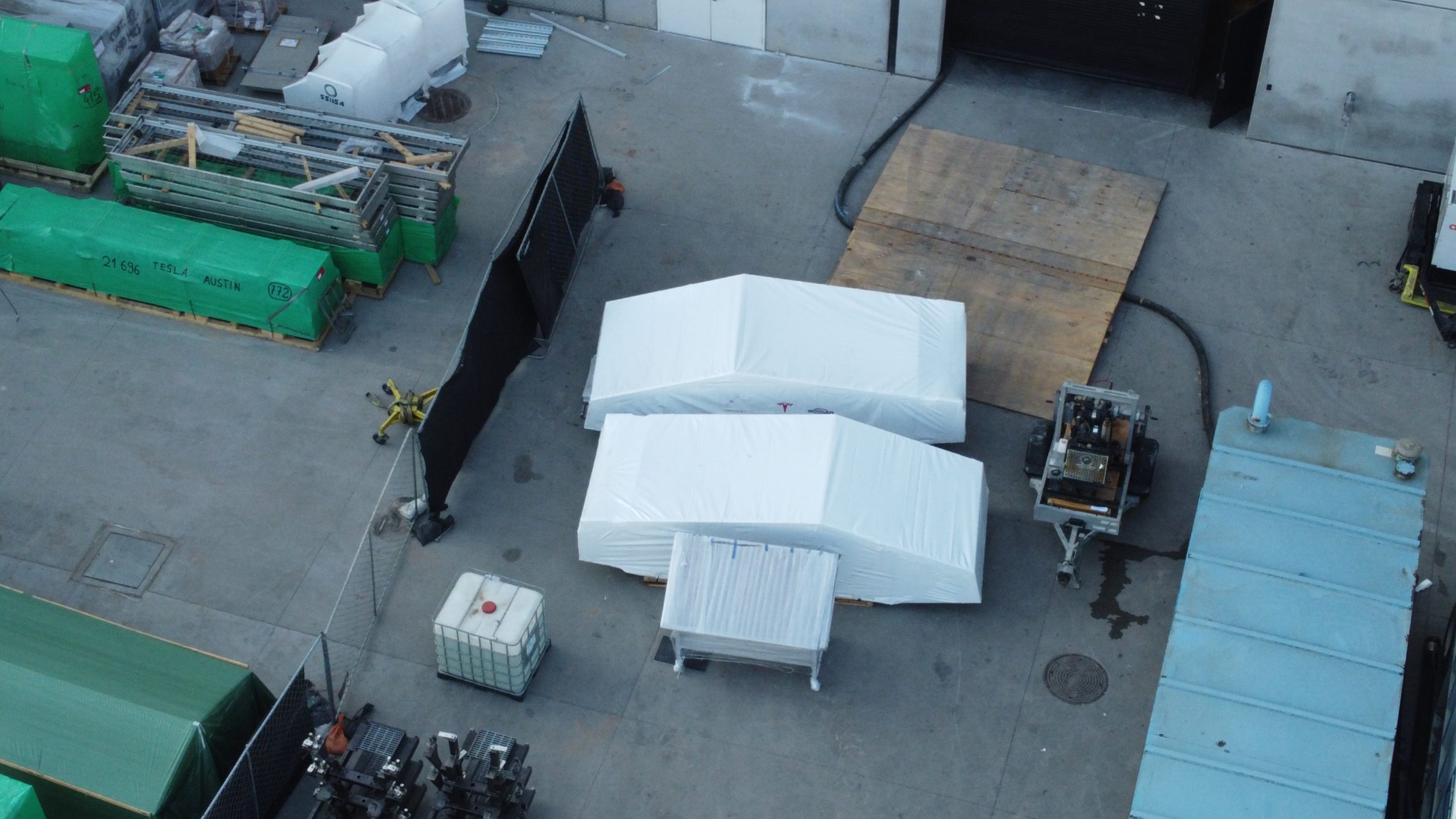 Two new Tesla Cybertruck builds were spotted under wraps at Giga Texas by a drone operator.

The Cybertruck was unveiled in late 2019 and has been under development since then. Tesla has revised the dimensions and design of the Cybertruck on several occasions, with CEO Elon Musk confirming earlier this year that the company had finalized what it would bring to the market next year.

However, Tesla has kept several prototypes of the Cybertruck floating around the country, making appearances at various places though the past three years. New prototypes were spotted this morning at Giga Texas by drone operator Joe Tegtmeyer, who noted the Cybertrucks were located near the North portion of the facility:

Tesla has maintained that it would build the Cybertruck at Giga Texas, but Tegtmeyer stated the prototypes arrived when he was finished filming. These prototypes were likely built at Fremont, where the previous prototypes were built.

It is tough to tell with these photographs as there is not much in the photo to compare dimensions of the Cybertruck prototypes to, but these are likely the revised body designs, which are slightly smaller in size compared to the original design Tesla brought to the stage in Hawthorne, California in 2019.

Musk stated the Cybertruck needed to be smaller to fit in the Boring Company tunnels, but the vehicle has also spurred some debate as to whether it could park in standard parking spaces.

“That’s pretty much what it [the Cybertruck] will look like, with very small differences. You know, we adjusted the size a few percent. Like around 3% or smaller. You don’t want it to be a couple of inches too big for the tunnel,” Musk said on the Joe Rogan Experience in 2021.

The Cybertruck is set to be manufactured by a massive 9,000-ton Giga Press from IDRA. According to import data, Tesla has received shipments to Giga Texas from IDRA for casting equipment